This June 4th will mark the 100th anniversary of the signing of the Treaty of Trianon, the treaty that dismantled the long-standing historical Kingdom of Hungary. For many Hungarians, this treaty marks one of, if not the darkest day in our nation’s history. For the many other ethnic groups that have inhabited the region over the past centuries, it is a day of celebration. Two thirds of the country’s land and half of its population were carved away, leading to more than 3 million Hungarians being cut off from their homeland. There are many questions that have been debated multiple times over the past century about Trianon. Why were the borders drawn in such a way? Was it fair? This is the first of a four-part series that will explore this tumultuous event and the consequences that followed. The first article will attempt to address the preliminary question of what happened in the decades before 1920.

Let us go all the way back to 1815, right after the end of the Congress of Vienna. Prince Metternich of Austria has just successfully restored the European old order, and the Concert of Europe is designed to allow the great powers to decide disputes through arbitration instead of military means. This period in Hungary was marked by a growing drive for liberalization, the Magyar language was reformed, and influential statesmen such as István Széchenyi strove to modernize the agrarian Kingdom. These efforts were by and large stymied by the Habsburg emperors; however, they affected the build up to the 1848 revolution.

In 1848, Europe burst into the flames of war once more. The Spring of Nations was a mass uprising of liberal and nationalist movements across Europe, with various aims ranging from the overthrow of monarchies, to independence, and to democracy. The Habsburg Empire did not escape either, the myriad of different ethnicities and religions within its borders resulted in just as many revolutionary movements springing up in Vienna, Budapest, Prague, and so on. What is unique here is that the Hungarian revolution was the longest in Europe, lasting one year and a half, during which time Hungary declared itself an independent republic. The Austrian Empire partially succeeded in mobilizing many of the ethnic minorities in historical Hungary against the revolutionaries, often with false promises of independence and autonomy.  This led to a bizarre situation in which (generally) Hungarians, Slovaks and Rusyns were fighting Croatians, Serbians, and Romanians, with Germans on both sides. The war was accompanied by brutal ethnic violence on both sides, especially in Transylvania.

It is also important to mention the controversial minority policy of Hungary during this period. On the one hand, the Hungarian leader Lajos Kossuth’s antagonism towards ethnic minorities is seen as part of the reason why many opposed the revolutionaries, while on the other hand, Hungary passed the first ever law on ethnic minority rights in Europe in 1849. Regardless, the revolution was ultimately defeated with the help of Russian intervention, and harsh reprisals followed.

Széchenyi Versus Kossuth: The Battle Of Giants That Shaped Hungarian Modernity

However, in 1867, the Ausgleich (Compromise) was signed between the Habsburgs and the Hungarian nobility, elevating the Kingdom of Hungary to become an equal part of the empire under the Habsburgs. Initially, politicians such as Ferenc Deák introduced relatively liberal cultural and linguistic rights for the minorities the Kingdom, but soon after things took a darker turn. Magyarization policies were increasingly implemented throughout the Kingdom, largely through education. From 1880 to 1913, minority-language schools were halved in number, from 1907 all primary school children had to learn how to read and write in Hungarian, and from 1909 religion was taught in Hungarian only. These laws, and many others, contributed to the rapid increase in the number of Hungarians (or Hungarian speakers) within the country. Magyarization was much more effective around Budapest than in the periphery, as many economic migrants moved to the capital and adopted the Hungarian language. Overall, the period from 1867 onwards saw a consistent increase in Magyarization policies, kept somewhat in check by both liberal Hungarian politicians and minority voters. Hungarian became the lingua franca of the Kingdom, both officially and in practice, with cities becoming strongholds of the Hungarian-speaking middle class, even on the periphery.

However, contrary to how they are often portrayed, Hungarian assimilatory policies were rather mild when compared with those of neighbouring countries. While this by no means excuses them, it is important to situate them in the proper context. In France, for example, the French language was spoken by only a minority of the population at the time of the French Revolution. Only through strong assimilatory education policies was France able to make French the majority language at the turn of the 20th century. In Prussia (later Germany), German education programs were used to suppress the Polish language, and they went so far as to seize Polish property and redistribute it to Germans. In Great Britain, Irish was banned by the British administration, and went from being the majority language to being spoken by only a small minority in the west. Comparatively, half a century of Magyarization policies altered the demographics of the Kingdom by approximately 10% in favour of Hungarians.

When it came to the fateful assassination of an archduke that sparked World War I, Hungary, and the entire Austro-Hungarian Empire, had a strong undercurrent of nationalist sentiment. While many communist and modern interpretations greatly exaggerate the extent to which the Empire was “doomed to fall”, there can be no doubt that the Magyarization policies played a significant role. Perhaps, if instead of assimilation they had been given autonomy, history would have played out very differently.

Regardless, the next piece will look at the Treaty of Trianon itself, and how Hungary ended up receiving some of the worst peace terms in modern history.

In the featured photo illustration: the Hungarian National Millennium Exhibition in 1896. Photo by Fortepan /Budapest City Archives/photos of György Klösz. 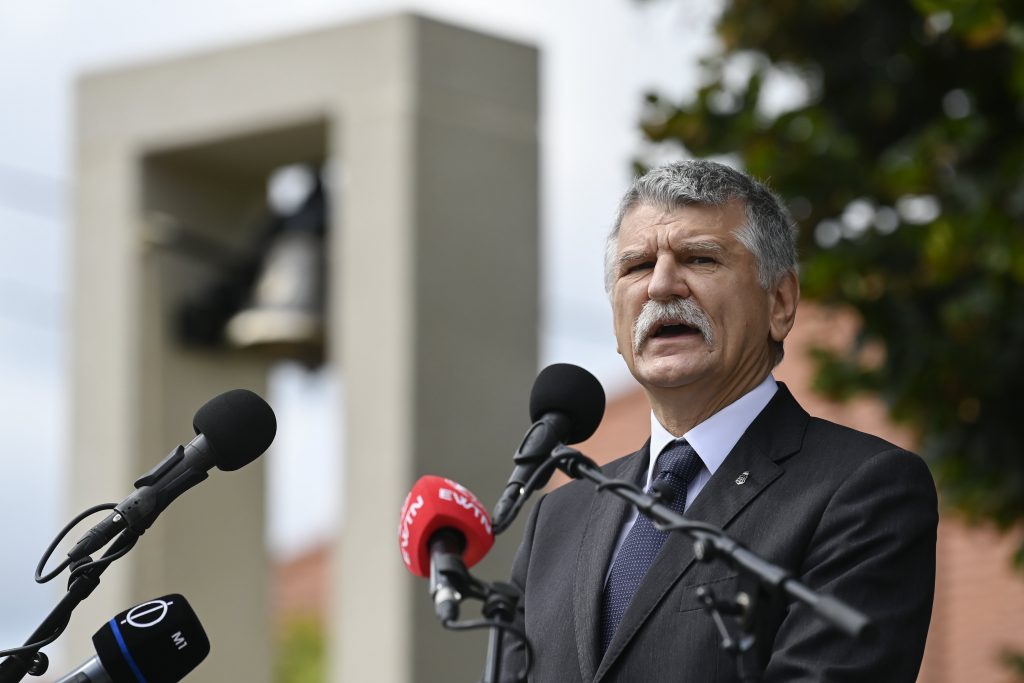 László Kövér, the Speaker of the Hungarian Parliament, compared the European Union’s situation in connection with the war in Ukraine to Hungary’s fate after the First World War. Hungarians, “caught between a cliff and an abyss” in the 20th century, can offer their own experience to Europe, which is on the brink of an abyss […]
Mariann Őry 2022.09.12.

Apart from the citizens of neighboring countries, few people are aware of the fact that there are millions of Hungarians living outside the borders of Hungary. We have spoken about the history and current challenges of the Hungarian minority, and that of wider global diaspora, with Árpád János Potápi, State Secretary for Hungarian Communities Abroad. […]
Dániel Deme 2022.08.18.