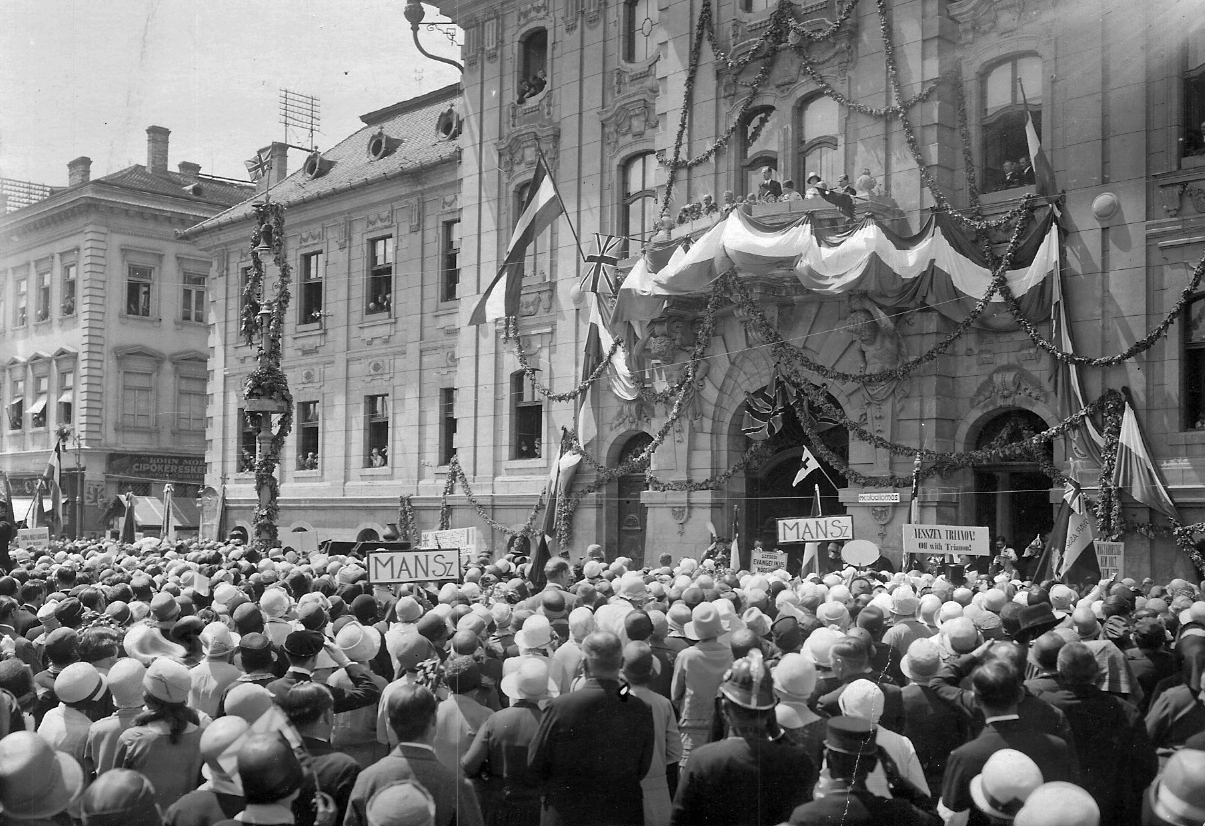 Almost two years after World War I, Hungarians had to face another, even bigger loss: the dismantling of historic Hungary, the Kingdom of Hungary. Everyone believed the treaty was unjust and forced upon Hungarians. Losing two-thirds of its territory with more than 3 million Hungarians caused such a shock that Hungary sent politicians with no future ambitions to sign the treaty. When they did, life stopped in the whole country and Hungarians began to mourn.

In preparation for the announcement, by June 4, 1920, the government had ordered military readiness for all corps, concentrated military units, and police patrols had been doubled in cities.

Although the Treaty was to be signed in the afternoon, the whole day went with a number of demonstrations, and Holy Masses. In the morning, a march began from Heroes’ Square through Andrássy Boulevard, with the participants including many refugees and those Hungarians forced to leave their motherland. Pubs, shops, schools, and universities had been closed during the day.

News from Paris came in at ten o’clock in the morning, after which bells tolled around Hungary, at some places reportedly ringing the whole day. The whole country began to mourn, people dressed in black, and black flags were hung on public buildings.

At around the time of the signing, in protest against the dictate, the bells of Hungary began to toll once again, in addition, traffic stopped for ten minutes.

After the signing ceremony, Prime Minister Sándor Simonyi-Semadam announced martial law in order to maintain public order. Beside minor incidents, for example, a gang attack against the secretary of factory owner Manfréd Weiss, June 4th and the coming days reportedly passed calmly on the streets.

The Trianon Treaty then influenced Hungarian public life along with other foreign affairs in the coming years.

featured image: a demonstration at the City Hall in Szeged; via Fortepan/Gábor Fődi