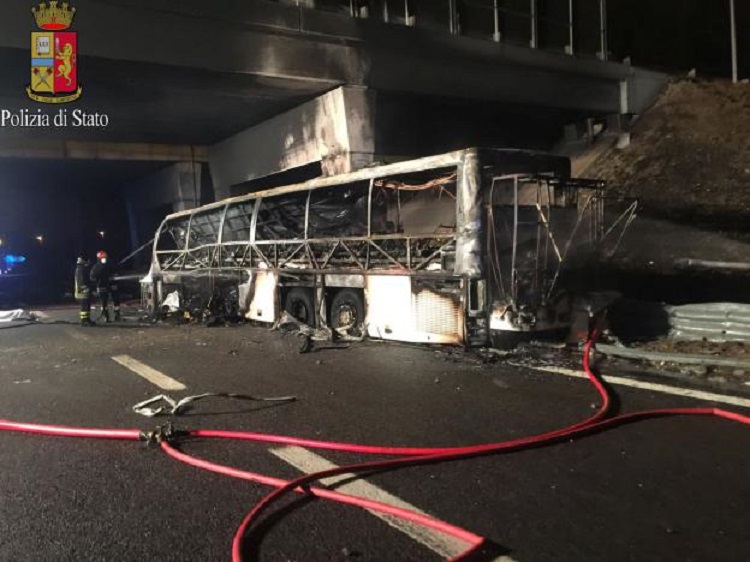 Sixteen Hungarians died in Italy on Friday night when a bus, transporting students, teachers and family members of a Budapest high school from a ski trip back to Hungary, hit the pillar of an overpass on the Venice-Verona motorway and caught fire just before midnight. 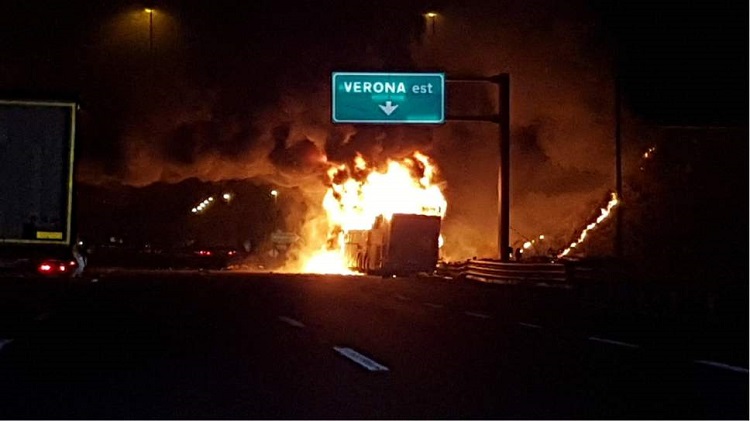 56 people were on the bus when it crashed: 43 students and thirteen adults (photo: AP)

Gábor Csató, the director of the National Ambulance Service, said 56 people were on the bus when it crashed: 43 students and thirteen adults, including the two bus drivers. Among the 16 dead are eleven students and five adults. Six adults are seriously injured and are being treated in two different hospitals in Verona. Two of them are still in life-threatening condition.

According to the reports, when the bus went up in flames, some of the occupants on the left side of the bus crushed the windows to jump out of the burning bus while many on the right and front side of the vehicle remained trapped inside. A physical education teacher, who lost both of his children in the accident, returned to the bus several times to save other passengers despite suffering severe burns.

Reuters quotes local highway police chief Girolamo Lacquaniti, who said that identifying the victims was still at an early stage and was advancing “with extreme difficulties.” He said the cause of the crash would be investigated: “We are not aware of other vehicles being involved, it seems to have gone off the road of its own accord.” 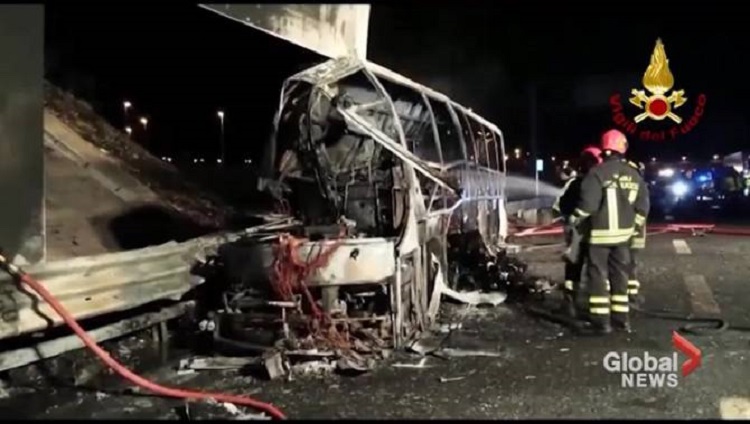 Some of the occupants could jumped out the burning bus while many remained trapped inside (photo: Global News)

The bus had left France around 5 pm on Friday and the two Hungarian drivers had a shift change approximately an hour before the accident, shortly before midnight. The bus was from a German company and had a capacity to seat up to 59 people, and it was reportedly in good condition. However, public television reported on Sunday that local officials had determined an eyewitness account suggesting smoke was spewing out of the bus before the accident was unfounded.

Hungary’s National Police Headquarters (ORFK) said that the National Investigation Office (NNI) had launched its own investigation into the accident on suspicion of negligence. The investigation will be independent of one by the Italian authorities. NNI investigators will scrutinise the records of the mechanical inspections of the bus and any earlier repairs as well as documentation on the health and fitness of the two bus drivers. 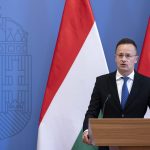 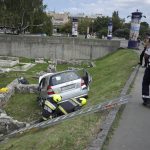