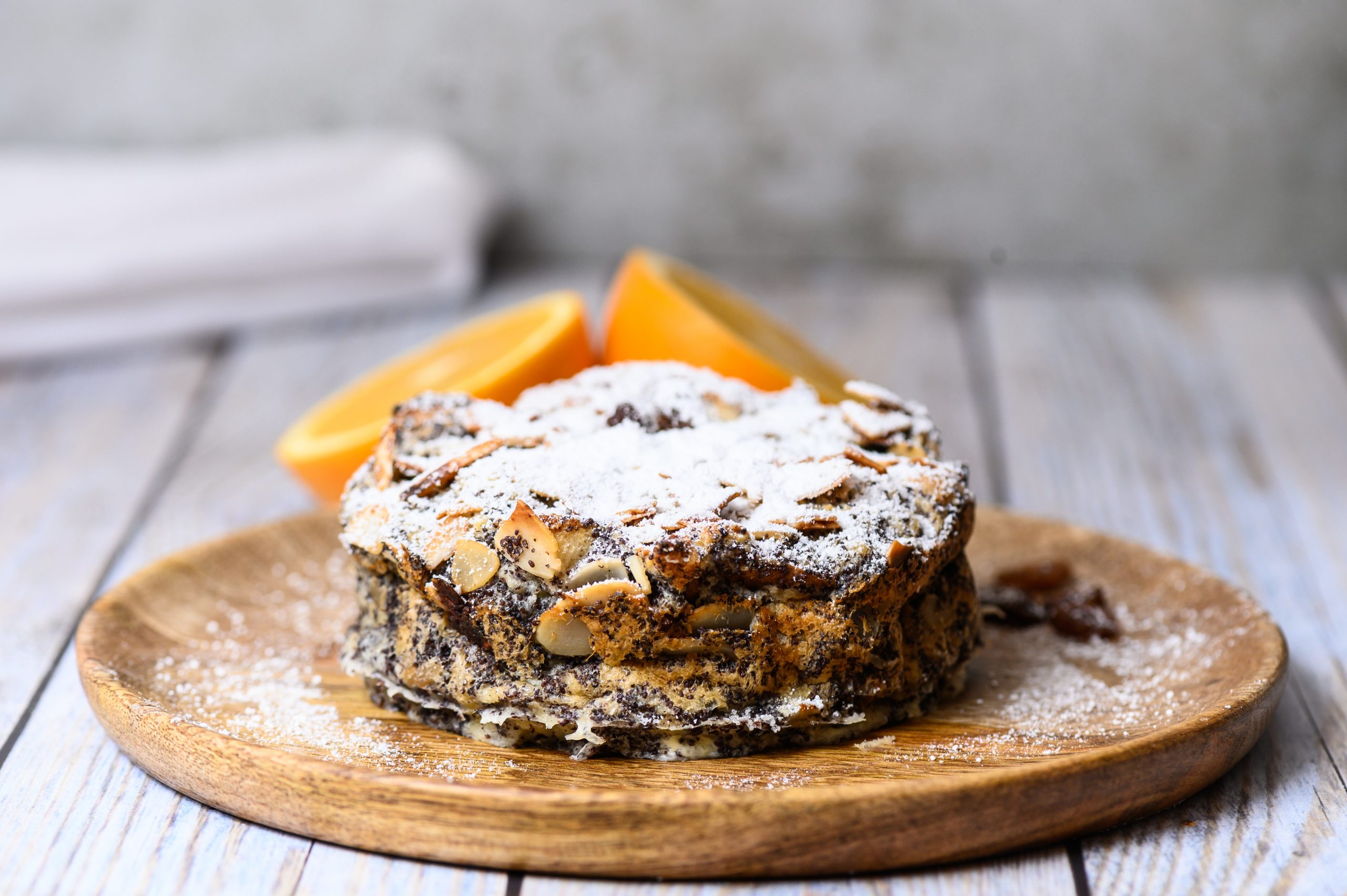 In most households in Hungary, one can find at least one traditional Christmas food on the table with old peasant, superstitious roots: back in the day, foods prepared with poppy, peas, beans, and apples meant prosperity, abundance, and wisdom. Although the most popular dessert with poppy seeds is probably the famous bejgli, many Hungarians also eat another Christmas classic, one of the most Hungarian desserts, poppy seed bread pudding (mákos guba).

Mákos guba is probably one of the oldest Hungarian desserts, and even its name is considered ancient. The word ‘guba’ is an onomatopoeia of Finno-Ugric origin, which roughly means that it is a pasta dish. However, the original name of the poppy seed bread pudding was ‘lőnye’ hundreds of years ago, and it was also referred to as ‘bobajka.’ 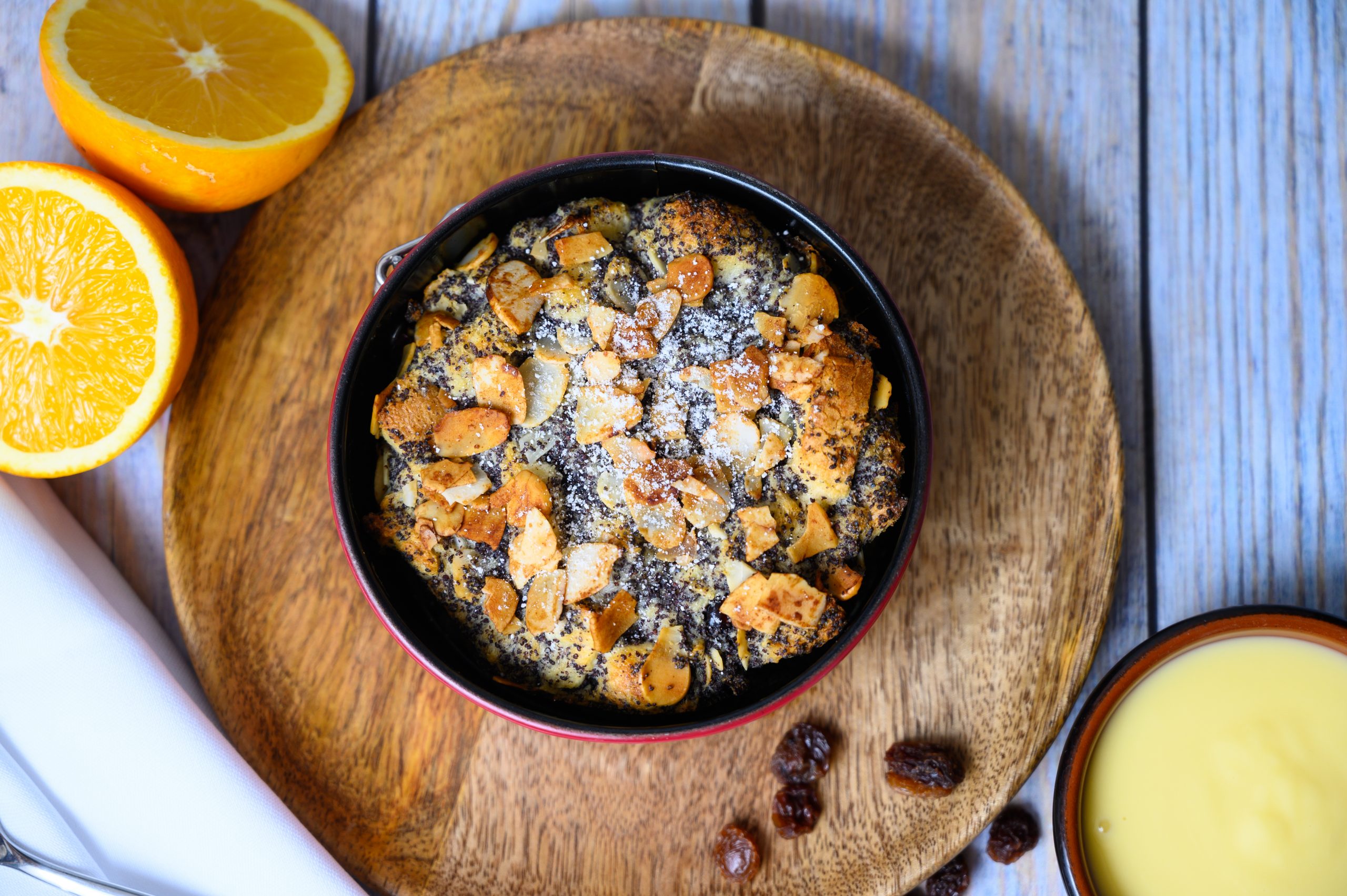 The first known recipe is at least three hundred years old, but it is much more likely to have existed even longer, mainly because the manuscript antecedents of the first printed cookbook in Hungarian, the Book of Cook Crafts (1695), was written even earlier than the end of the 17th century. In the book of K. Miklós Tótfalusi M., a printer from Kolozsvár (Cluj-Napoca), the poppy seed bread pudding is recognizable as the dessert that is still popular today.

The mákos guba has an important place among Hungarian folk traditions as well. During the Christmas fast, in the three weeks preceding Christmas, the Advent period, people usually prepared poppy seed cake in their households. Then, on the feast of Saint Lucia, the 13th of December, people predicted next year’s marriages with poppy seed bread pudding. Based on the superstitions, with the first bites of the Christmas Eve dinner, people also set aside and dried a piece of the mákos guba dough, and later the udder of the cow was smoked with it after calving. 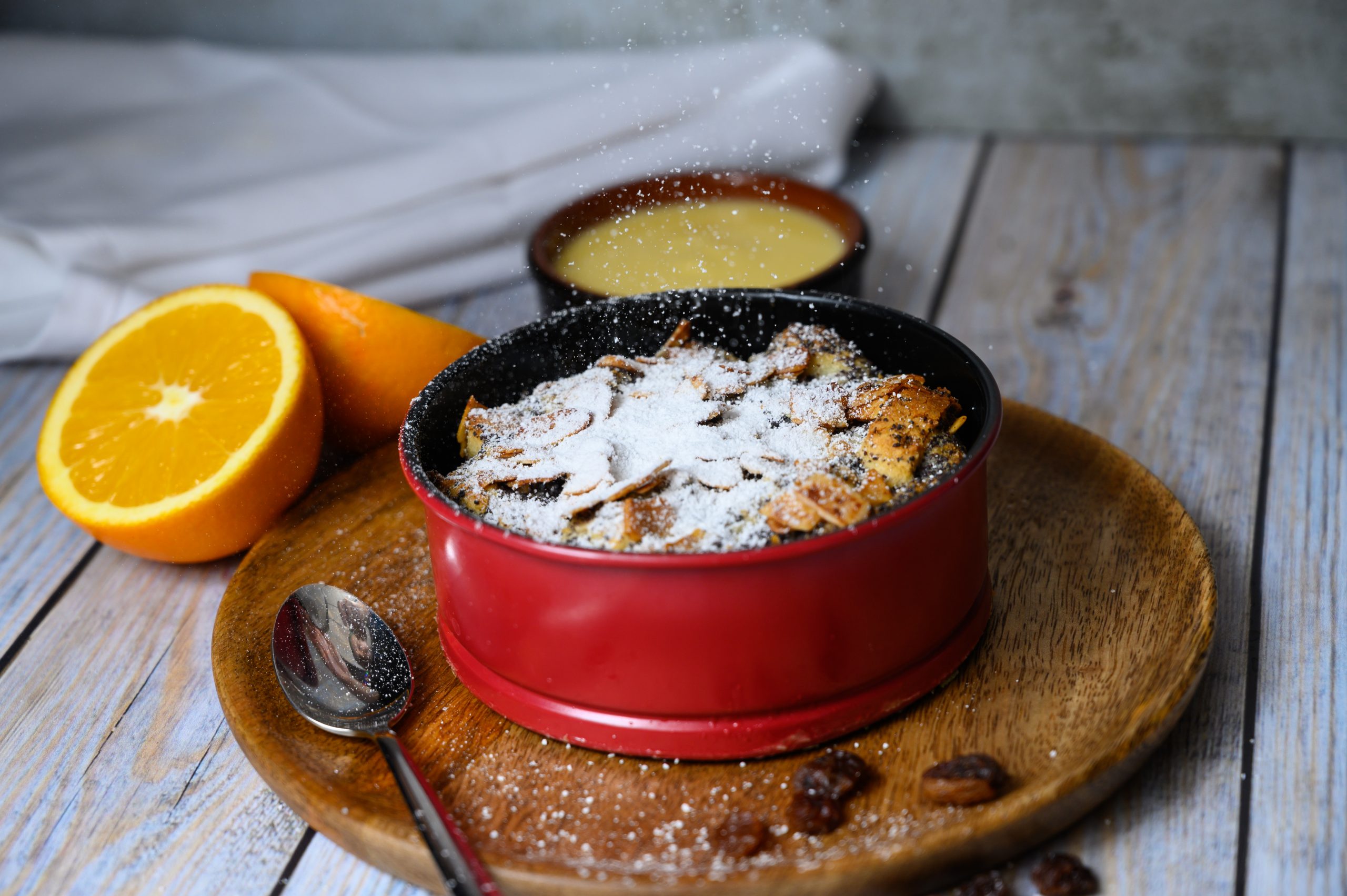 As the pre-Christmas mákos guba is a tradition from hundreds of years ago, the recipes are also quite diverse and varied. We can make a simpler version of it, but it’s not really a mistake either to prepare it with a few more special ingredients and make it even more exciting.

(note: The proportions are not set in stone, you can make it sweeter or use more poppy seeds. The amount of milk to use may be less or more depending on how many crescent rolls you work with).

Cut the crescent rolls into small circles and let them dry. You can do this up to a day in advance, but you can also speed up the process a bit by putting them into the oven at a low heat.

First, boil the milk with the vanilla and pour it over the dried crescent slices. It is the best if the crescent rolls are properly soaked in the liquid. Then mix the egg with the sugar, poppy seeds, and the lemon or orange peel, add the mixture to the crescent rolls, mix, and sprinkle with almonds and/or raisins as desired. 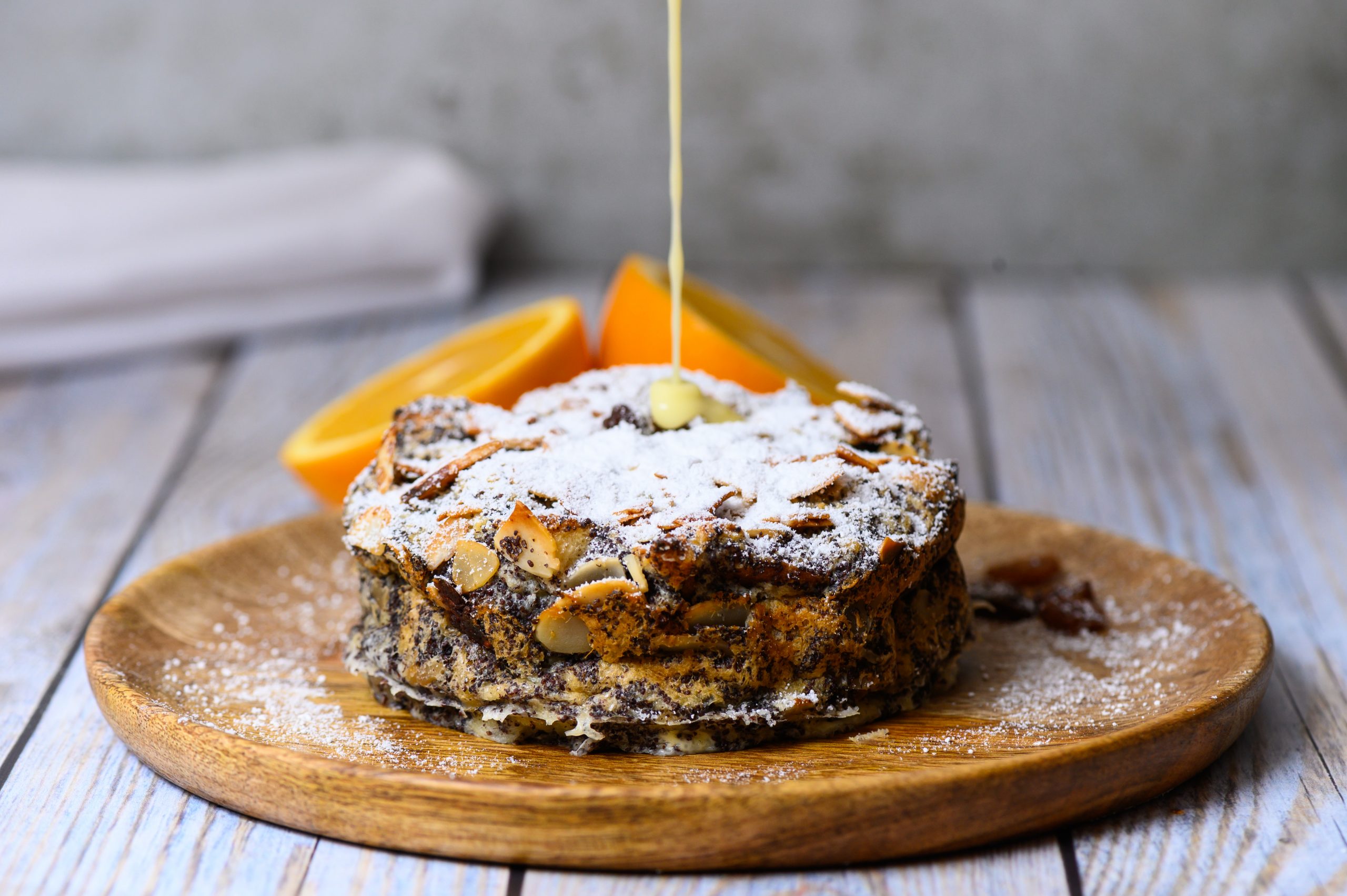 Put the mixture in a smaller, buttered baking tray and bake the mákos guba at approximately 200 degrees until the top turns golden brown. It’s about 20 minutes, but it depends on the oven and the shape of the tray. You can even bake the portions in several tiny forms and sprinkle the top with almonds for decoration. Serve the finished poppy seed bread pudding with powdered sugar or vanilla pudding. Or both! 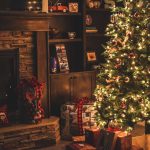