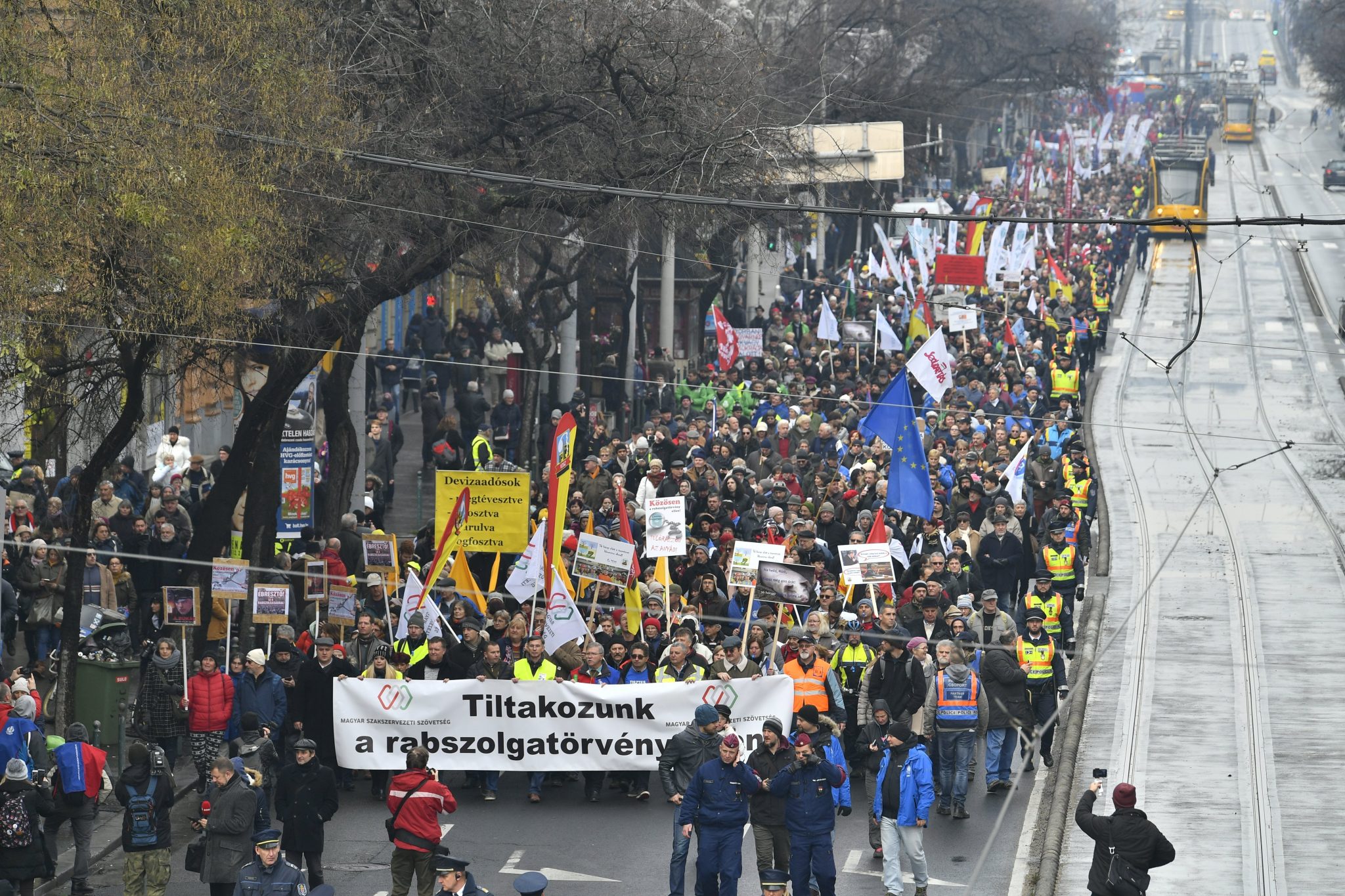 Trade unions mounted a protest on Saturday in central Budapest against the planned change to the labour code that envisages increasing annual overtime from 250 hours to 400 hours, among other measures.

The demonstrators gathered at the Jászai Mari Square on the Pest side of the city and proceeded to Nyugati Railway Station. The crowd’s final destination is Kossuth Lajos Square in front of Parliament.

A representative of the Hungarian Trade Union Confederation, the demonstration’s organiser, told the crowd:

We are against the slavery law!”

Last week, the bill’s proponents inserted changes to their original proposals, namely any overtime per year up to 150 hours above the 250 hour threshold “voluntarily entered into” must be concluded with a written agreement between employers and employee. The bill amendments proposed by Fidesz MPs Lajos Kósa, Kristóf Szatmáry and Gábor Bányai also state that collective bargaining covers 300 hours of overtime, and 100 hours above that is possible only if there’s a written agreement between the employer and employee. Also, another change proposed to be written into Hungary’s labour code is that an employer will not have the right to fire an employee if they are unwilling to agree to extra overtime.

The Socialist Party’s leader, Bertalan Tóth, told a press conference last week that the bill’s aim was to address the country’s labour shortage by forcing Hungarians to work more. He accused the government of making a “secret pact” with multinational companies to this end. He dismissed the ruling party’s insistence that overtime would be voluntary, adding that vulnerable workers would be forced to serve their employer’s interests. “The Socialist-Párbeszéd alliance will take all necessary steps to mobilise worker resistance,” he said, adding that its members planned to attend the Saturday demonstration.

If the bill is accepted, the parties will turn to President János Áder and ask him to initiate a constitutional review, he said.

Párbeszéd co-leader Tímea Szabó said a popular vote may be needed to thwart the “slave law”. The bill would open the door to a six-day week “without payment”, she said.

Szabó said the shortage of skilled labour was due to hundreds of thousands of young Hungarians leaving the country during Fidesz rule.

Kordás said “a strange kind of authoritarian capitalism” had emerged in the country, which had taken away the “savings, rights and even the lives” of employees. 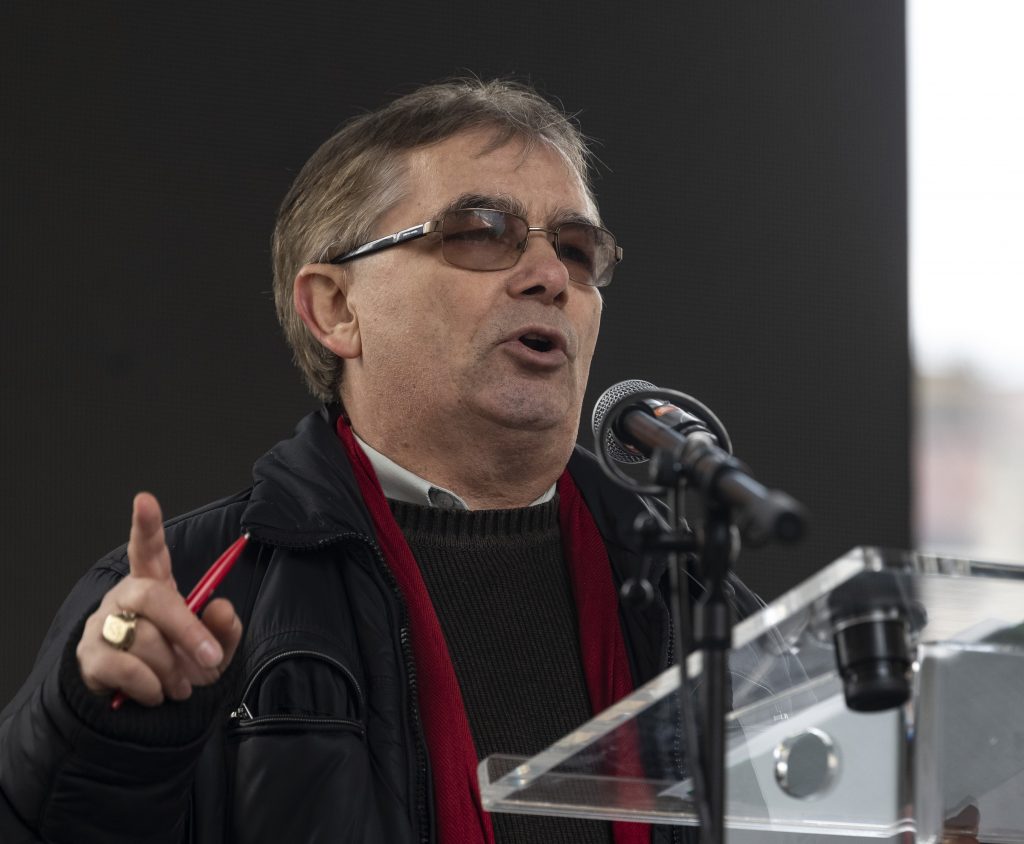 József Szilágyi, co-head of the Liga unions group, castigated the government for legislating unilaterally without any meaningful social dialogue beforehand. He called for effective dialogue between government, employers and unions.

Tibor Mezei, head of the union representing employees of the foreign ministry, said that Hungary now had a labour shortage and the government was addressing this problem by increasing working hours and overtime. “But this is not a good solution,” he said.

Tamás Székely, deputy head of the trade union confederation VDSZ, chastised lawmakers for showing a lack of care for families. “They think 400 hours of overtime is fine and it’s okay to pay three years afterwards,” he said.

Together against the slavery law!”; “When dictatorship is a fact, revolution is a duty! “;” We won’t be Europe’s China!”

According to the organisers, the demonstrators filled the whole of Alkotmany Street leading to the square in front of Parliament.

At the end of the demonstration, which was accompanied by a strong police presence, MTI reporters witnessed a man run to the stage and shout: “Occupy Kossuth Square!” 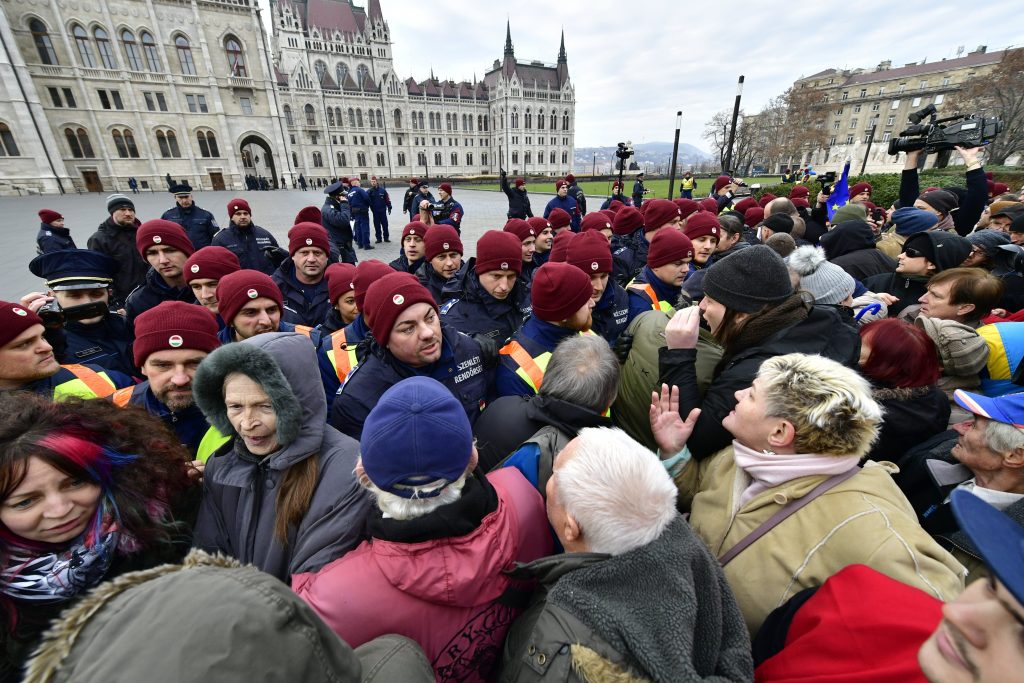 The crowd managed to break through the police lines and stormed Kossuth Square. The police then formed a line of defence at the steps of Parliament. The protesters continued their chants there, but no violence occurred and about 20-30 minutes later crowd gathered in Kossuth Square started to disperse.

via MTI
photos by Zsolt Szigetváry/MTI 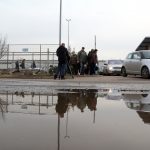