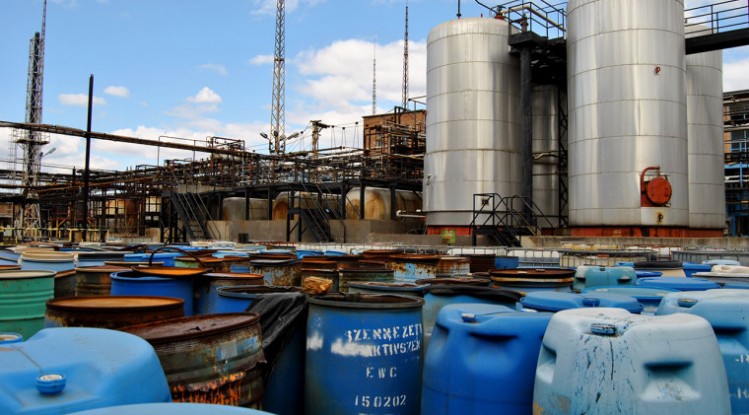 A decision has been made on eradicating an area contaminated by dangerous chemical waste in Budapest after a report exposed that 2000 tons of partially unidentified dangerous waste has been find at an industrial area on the outskirts of Pest. The toxic material is kept open-air in damaged and often leaking barrels, and could lead to a “catastrophe situation”, the report by 444.hu claimed.

However, HUF 1.1 billion in funding and an amendment to the bankruptcy act will be needed for the state to acquire state ownership of the area.

The meeting on the fate on the large quantities of chemical waste stored at Illatos út in Budapest’s District IX saw the participation of the leaders of the districts concerned, as well as local MPs and councillors, a State Secretary from the Ministry of National Development, and representatives of the farm ministry and environmental protection authorities, as well as  a bankruptcy official.

János Bácskai, mayor of District IX, said that the population has come to believe that it is exposed to a continuous and intensive threat to health, against which state authorities are not willing enough to act. Zsolt V. Németh, State Secretary responsible for the environment, said that no direct catastrophe situation is present but he called upon the government to support the immediate relocation of the waste.

The inflammable toxic material is currently located at the defunct plant of the Budapest Chemical Works, at the border of districts IX, XIX and XX. The chemical plant operated for 130 years before closing down in 2008.