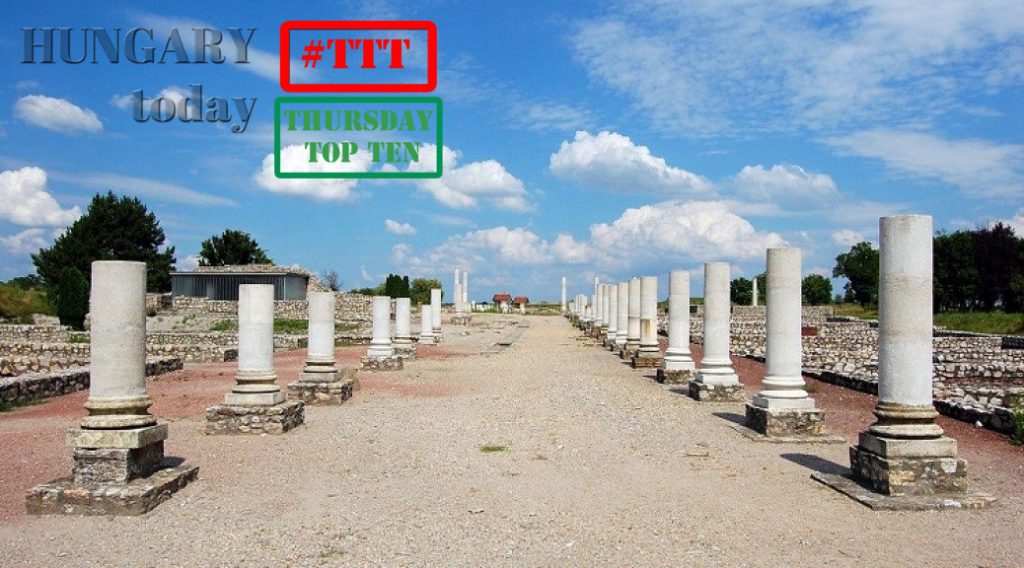 In Hungary Today’s new weekly series “Thursday Top Ten” our readers can learn about the most interesting things one can find about Hungary in connection with a concrete topic. In the coming weeks we are focusing on the amazingly rich architectural heritage of the Carpathian basin either in chronological or thematic order from the ancient times to today. Our first target is the Roman heritage in the province that was called “Pannonia” by the Romans and is known today in Hungarian as “Dunántúl” (Transdanubia), which is more or less the Western half of today’s Hungary. 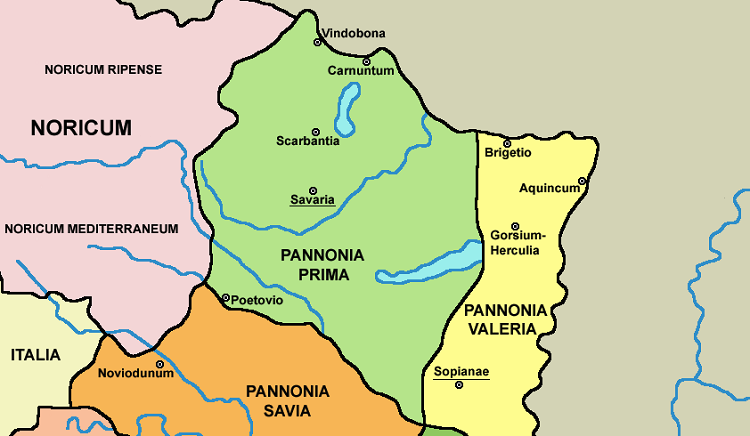 1. The Civil Amphitheater of Aquincum (Óbuda)

Aquincum was an ancient city, situated on the northeastern borders of the Pannonia province within the Roman Empire. The city had around 30,000 to 40,000 inhabitants by the end of the 2nd century, and covered a significant part of the area today known as the Óbuda district of the Hungarian capital. Aquincum had two theaters, one of the two was built for civilians between 250 AD and 300 AD. 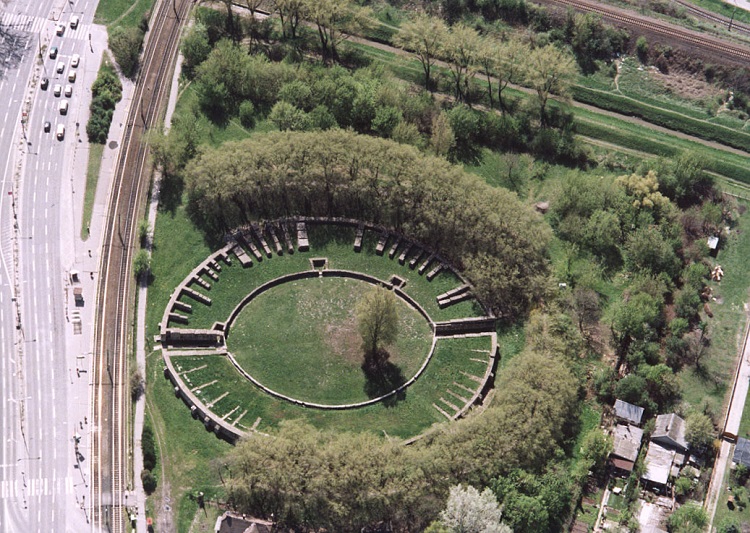 2. The Military Amphitheatre of Aquincum (Óbuda)

Aquincum served mostly as a military base, having been part of the Roman border protection system called limes. According to historic sources, around AD 41-54, a 500-strong cavalry unit arrived, while a Roman legion of 6,000 men was stationed here by AD 89. It explains why the city’s first theater was built for soldiers in the middle of the 2nd century under the rule of Antoninus Pius. 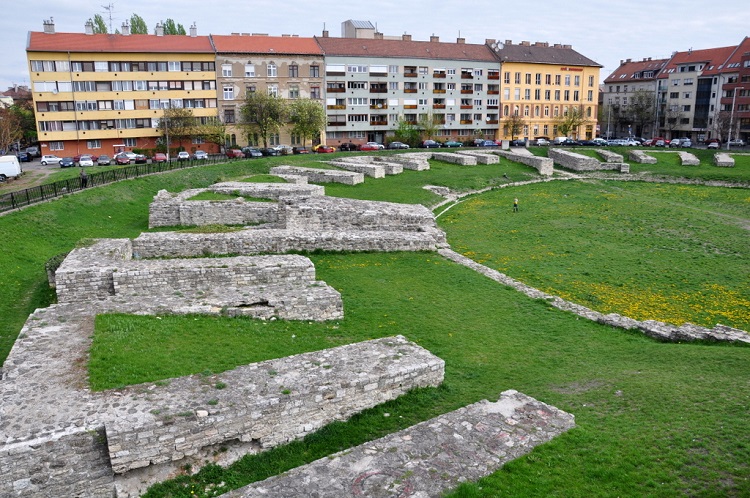 3. The Mithraeum temple of Aquincum (Óbuda)

People living in the settlement could enjoy the cultural achievements of the Roman Empire, including the colorful religious life. A temple to the Roman god Mithras was also built in Aqucinum. The sancutary, known as Mithraeum, had a number of small altars dedicated to Marcus Antonius Victorinus. Due to its great size and prestigious location Mithraeum must have belonged to an important individual, according to archaeologists. 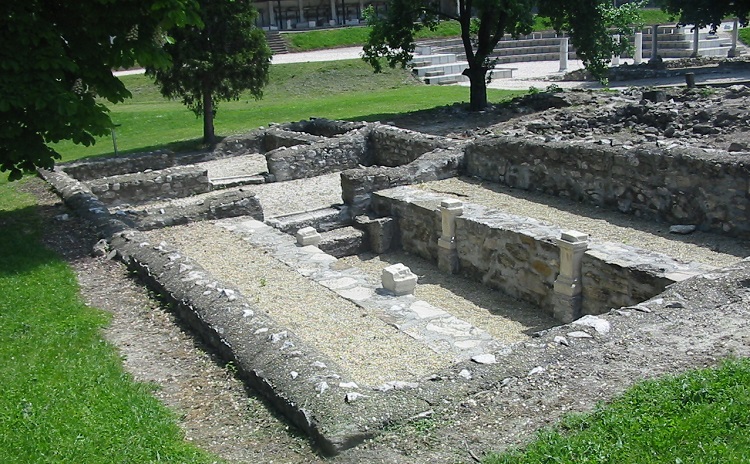 4. The Iseum temple of Savaria (Szombathely)

Savaria (Szombathely in Hungarian) is the oldest recorded city in Hungary. Founded by the Romans in 45 AD, Savaria lay close to the important “Amber Road” trade route. The city had not only an imperial residence and a public bath, but also a temple dedicated to ancient Egyptian goddess “Isis”, whose worship also spread throughout the Roman Empire. On the ancient ruins, Isueum, which is recognized as the world’s third largest Roman Temple of Isis, has been completely reconstructed in recent years.

5. The Ruin Garden of Savaria (Szombathely)

The largest integral part of Roman Savaria, the Ruin Garden, is a key local attraction named after the first researcher of the area, István Járdányi-Paulovics. The former Bishop’s Garden located adjacent to the Cathedral was discovered by sheer chance: during the extension works of the Seminary in 1938, large mosaic fragments were unearthed. The Ruin Garden’s 4th century mosaic floor is the largest mosaic-covered area known in Pannonia even in its fragmentary state. 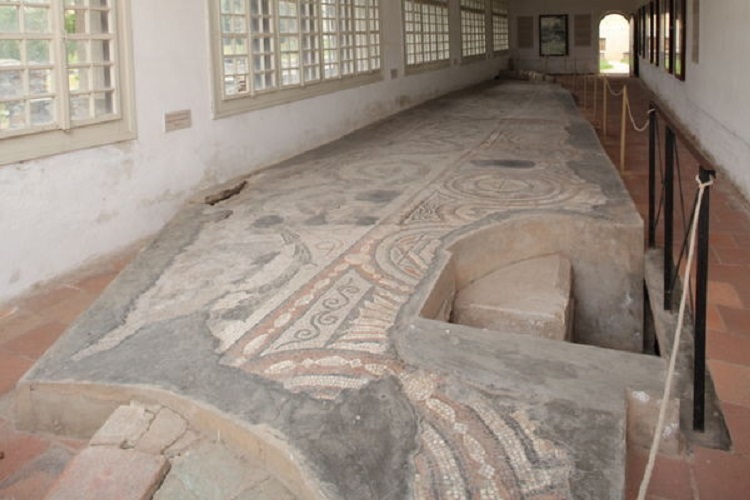 In the 4th century, decorated Christian tombs were constructed in the cemetery of Sopianae (Pécs). Built as underground burial chambers with memorial chapels above the ground, the tombs are remarkable in artistic terms, since they are richly decorated with murals of outstanding quality depicting Christian themes. Pécs’s Early Christian cemetery is the only Hungarian world heritage site that won its recognition in the category of culture-historical architecture.

7. The Roman Ruins of Scarbantia (Sopron)

The Northwestern town of Scarbantia (today’s Sopron) lay halfway between Savaria and Carnuntum on the important “Amber Road” trade route, which made the town strategically important both from economic and military point of view. As a result of the excavation works carried out in the 1970s and 1980s, we already know that a 5-meter wide paved road crossed the settlement that was protected by 3,5-meter high city walls and 400-meter long and 250-meter wide fortress. Sopron’s Roman ruins is visible for everyone today. 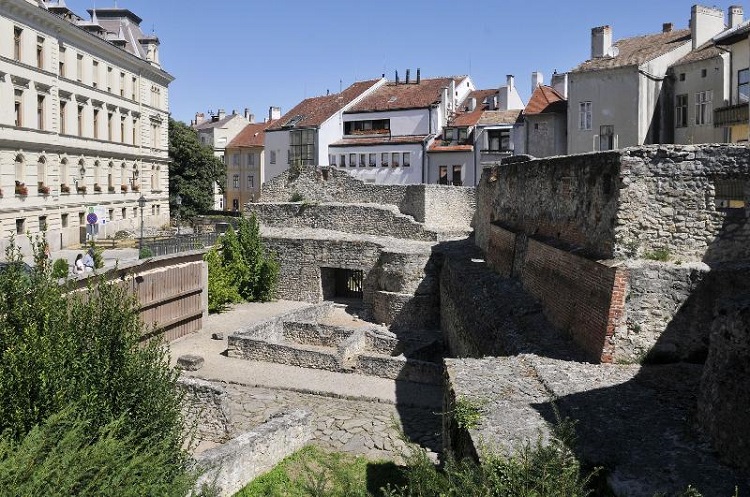 Brigetio was a significant military camp and town in North Pannonia near the Danube river, which marked the border of the Roman Empire, separating the Barbarians from the “civilized” world.  During the excavation works near today’s Szőny, archaeologists found a vast number of Roman tiles, bricks and tableware decorated with the signs of the Roman legions that were once stationed here in Brigetio. The town was also known for its bath, which was built on vast 800 square meter area. 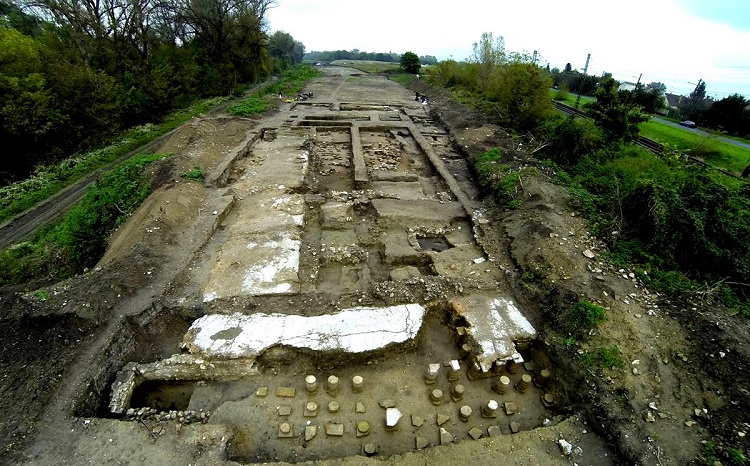 Gorsium was a Roman town located in the near of today’s Székesfehérvár. At the beginning of the 2nd century on the place of a former military camp a town was built, which soon became a regional center in Pannonia. Excavation of Gorsium started in 1958, uncovering town walls and gates, streets bordered with colonnades, a forum, several temples and civic buildings, halls and sanctuaries of the provincial assembly. Among the structures found were a series of shops, a number of private estates, and even the city’s attendant graveyard, fully intact.

Villa Romana Baláca, located in the near of lake Balaton, was the home and farm of a rich Roman family, that practiced animal husbandry for living. The place was discovered only in the early 20th century and the excavation is still under progress. So far the main building, a pool, economic buildings and a graveyard as well as some dwelling houses with Roman wall paintings and mosaics have been discovered and partly reconstructed. The artifacts and tools that were used in everyday life are also being showed in an archaeology exhibition at Villa Romana Baláca. 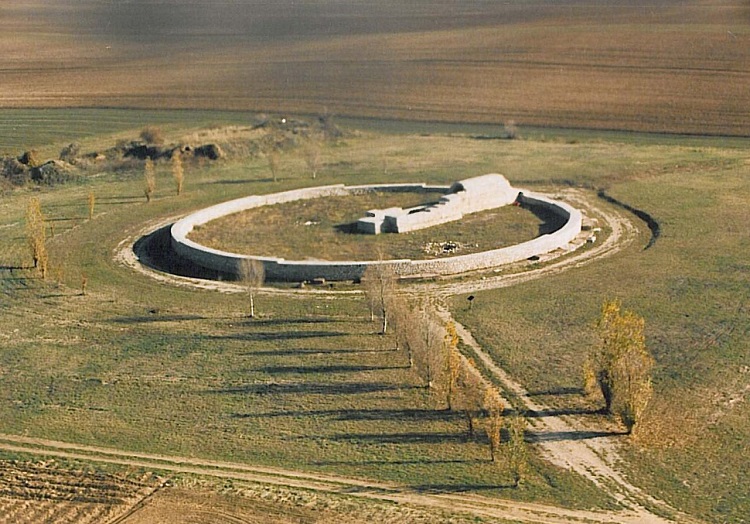 CNN: House of Hungarian Music Among 2021’s Most Anticipated Buildings