Tons of Superstars at Liszt Academy Concerts in 2020

The concert halls of Liszt Academy will once again be home to performances by a range of domestic and foreign superstars in 2020. David Fray, Gautier Capuçon, Yuja Wang, the Vienna Boys’ Choir, Sir John Eliot Gardiner, Miklós Perényi, and Peter Frankl are just some of the performers to take the stage at various spring 2020 concerts.

Aiming to start a tradition, Andrea Vigh, Rector of the Hungarian Academy of Music announced that the Academy will launch a New Year’s concert series, the first of which will take place on January 1, 2020 with the participation of the Hungarian Radio Symphony Orchestra and conductor Tamás Vásáry.

Speaking about the spring 2020 concert series, András Csonka, Program Director at the Liszt Academy, highlighted the performance of the Liszt Academy Symphony Orchestra (Masters of the Orchestra 2020), at the concerts of which the students of the university will perform under the guidance of world-famous conductors such as Gábor Takács-Nagy, Dennis Russel Davies, Gilbert Varga, and Zsolt Hamar.

To celebrate the soon to be 75-year-old János Rolla (János Rolla & Liszt Academy Chamber Orchestra), an entire concert series will be organized, with the world-famous French pianist David Fray as a guest.

Chamber music aficionados will also be treated to the concerts of Gautier Capuçon,  Yuja Wang, Kristóf Baráti, István Várdai, and Máté Szűcs as well as the performances of the older generation represented by Miklós Perényi, Péter Frankl, and András Keller. Lilla Horti, the excellent young soprano who was awarded the Éva Marton International Singing Competition, will also be a guest performer.

The ‘Masters of Vocal Music’ concerts will introduce local audiences to three different ensembles, hailed as the best in their respective genres: the Belgian Vox Luminis chamber choir, the world-famous Wiener Sängerknaben of Austria, and the Monteverdi Choir, led by Sir John Eliot Gardiner, and accompanied by the English Baroque Soloists.

A mini-series featuring Rachmaninov’s concertos will be organized by the National Philharmonic Orchestra and the Liszt Academy on two consecutive May evenings. These concertos are an essential feature of the piano repertoire, so the events are also bound to generate widespread interest. The orchestra, led by Zsolt Hamar and starring János Balázs, Kossuth Prize-winning pianist and professor at the Liszt Academy, will perform these masterpieces, complete with virtuosic Paganini variations.

For children, the Liszt Kidz Academy series in the spring of 2020 offers an interesting musical journey into the “Musical Nature” that is the depiction of birds, insects, wildlife, and fish in music. 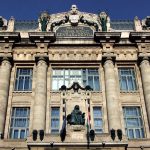