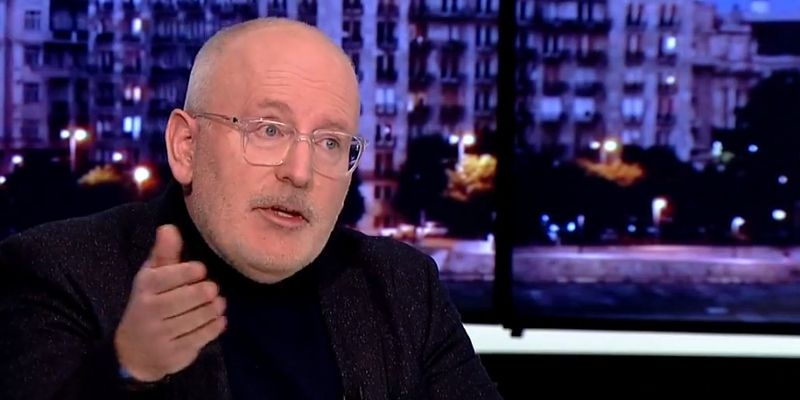 European Socialists’ Party Spitzenkandidat Frans Timmermans visited Hungary on Saturday to meet with opposition politicians and activists. He also attended a Socialist conference during his time in the country.

In an interview with Euronews, Frans Timmermans, the First Vice-President of the European Commission, called Orbán’s system unique. Though he believes it’s too soon to label it authoritarian, he does admit to noticing a troubling trend in the Hungarian PM’s politics.

Orbán calls his system an illiberal democracy, but it’s just a nicer expression of Vladimir Putin’s controlled democracy. I believe the European Union deserves member states in which democracy is open and free and wherein those in power respect the opposition. Political opponents shouldn’t be treated as enemies but merely as opponents.

When asked about Article Seven, Timmermans said he considers it an instrument of the European Parliament. The Euronews journalist reminded Timmermans that he wasn’t in favor of launching the procedure against Hungary and Poland. He explained that, as a member of the Commission, he utilizes different approaches and tools than the EP when disciplining member states. The Commission began infringement procedures against Hungary over different issues. This was proven successful, particularly because Hungary changed its practice following warnings from the European Court.

Timmermans thinks Fidesz is peculiar because it’s not far-right but has a tendency to flirt with those belonging to the ideology. In addition, some of the party’s members have been known to formulate xenophobic messages. He defended the electorate of Fidesz by describing them as proud Hungarians who had simply been led astray by the party’s messages.

I believe ridding Hungary of its fear of foreigners is the most important thing we can do for the country. Xenophobia does not make Hungary strong, it makes it weak. The country can only be strong if it abandons the idea that anybody coming from the outside world is a threat.

In his opinion, the European People’s Party has always been friendly with the far right, making working together very difficult. Timmermans explained that they’re hoping the voters will bring change to the Parliament:

We are waiting for the European voters to express their will so that changes can take place in the European Parliament. Only then will we be able to begin seeking support for a more socially sensitive, free and fair Europe. Wherever this support comes from, we will accept it. With the exception of the far right; I’m not willing to negotiate with them under any circumstances.

Timmermans said that if Hungary doesn’t have anything to hide then it should join the European Public Prosecutor’s Office as other European countries have already done.

Vadhajtások blogger Zsolt Bede approached Timmermans in the street and attempted to interview him in English. The conversation can be heard in the video below.