Possible Remains of Hungarian King Andrew I Found in Tihany 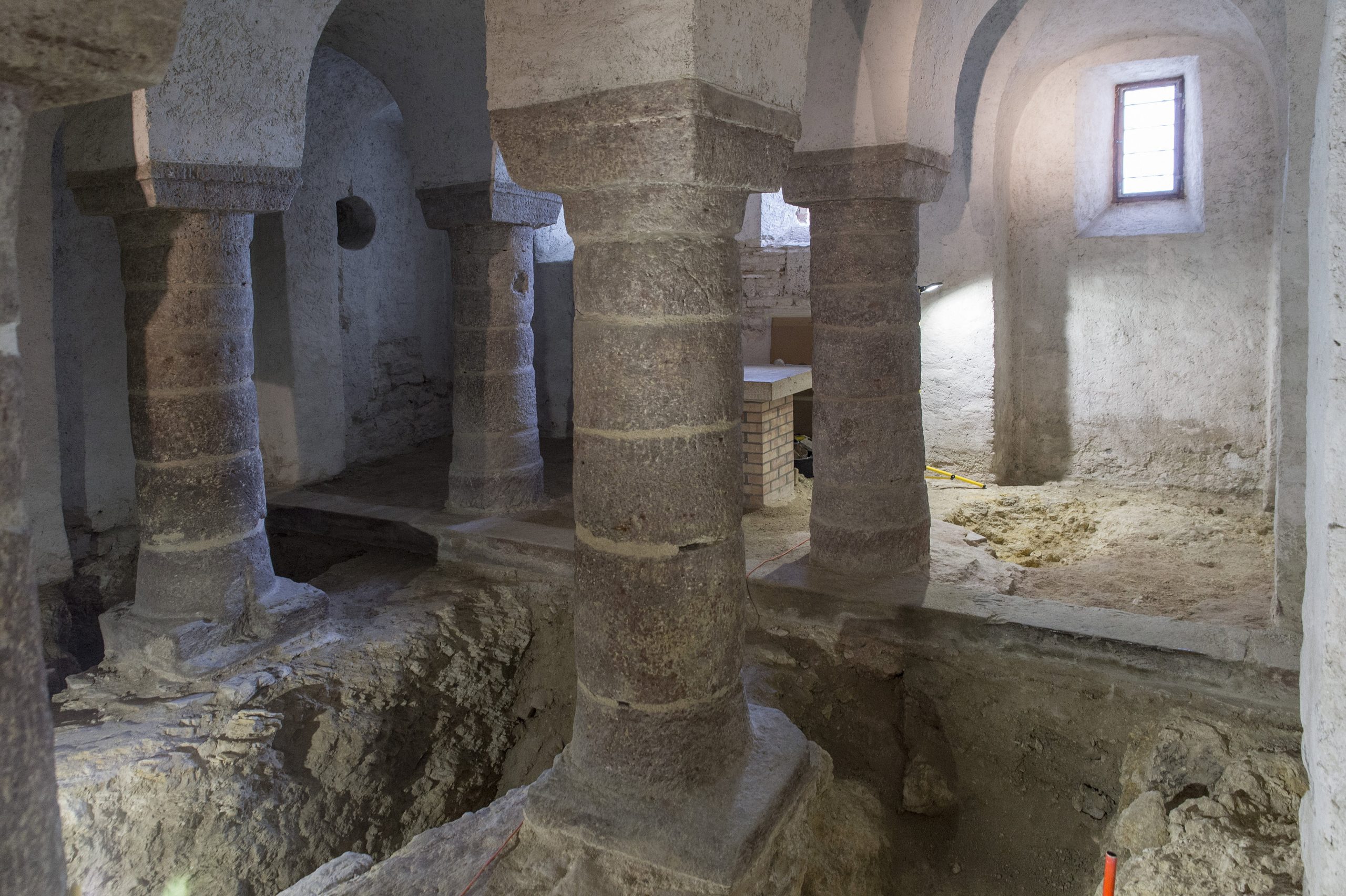 The excavation in the crypt of the Abbey of Tihany, where the tomb of the Hungarian king, Andrew I, can be found, has been completed. Archeologists have discovered bones presumably belonging to Hungary’s medieval royal family, the Árpád dynasty.

At a press conference in Tihany on Monday, lead anthropologist Ágoston Takács noted that the bones collected in the crypt are most likely the remains of the founder of the abbey, King Andrew I, or one of his relatives. Over the centuries, many have been buried in the crypt whose identification based on the bones is not easy, however, once the age and sex have been determined, it will become clear whether the remains in question belong to a member of the Árpád family. The DNA-survey of the bones is expected to bear results by September. 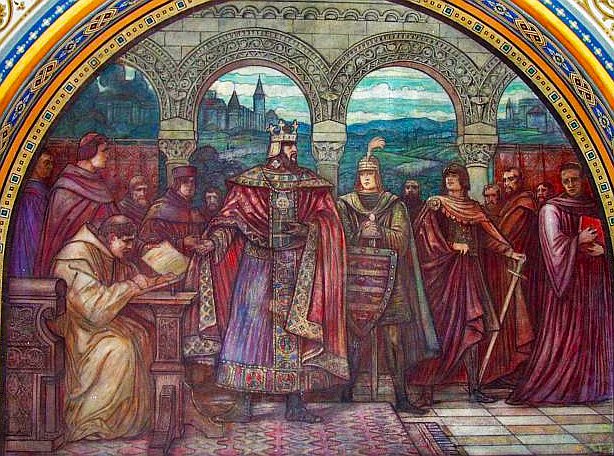 An international research team led by the National Institute of Oncology (OOI) has found that members of the Árpád dynasty (c. 850–1301) seem to have Eurasian genetic roots. Male DNA was identified through bone samples of King Béla III, who ruled Hungary from 1172 to 1196.  The finding is the result of an international project that […]Continue reading

The excavation started in April, and was led by the Eötvös Loránd Research Network, in collaboration with Eötvös Loránd University, Pázmány Péter Catholic University, and Laczkó Dezső Museum. As a result of the excavation, the crypt has turned into a “medieval space” where an original burial pit, and traces of medieval floor remains can be seen. Archeologists also found an 18th-century pectoral, in addition to remains of ammunition, money, coffin nails, and bronze coins from the 16th and 17th centuries. In the wall of the crypt a niche has been discovered, which most likely functioned as an opening to the tomb.

Restoration work has been carried out in the crypt since the 18th century onward. At an excavation in 1889, burial places and remains of coffins had been found, however, human remains could not be identified at that time. Anthropologist Ágoston Takács also highlighted that excavations also took place in the crypt in 1953, when a time capsule was buried. At the press conference, the beer bottle, hidden as a time capsule, was broken up, and pieces of paper were found inside, but the writing was illegible. In 1953, when the excavations were completed, three chests were placed in the nave, in which what are believed to be the earliest burial remains have been found. 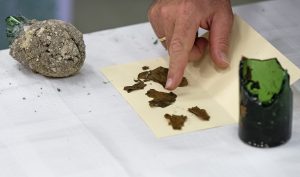 The broken beer bottle hidden as a time capsule in the crypt in 1953. Photo: Csaba Krizsán/MTI

The founder of the Abbey of Tihany was King Andrew I (1015-1060), member of the Árpád dynasty. Although he owed his accession to the throne to the support of pagan Hungarian nobles, during his rule he strengthened the role of Christianity, which had been introduced in Hungary by King Saint Stephen at the start of the 11th century.

As the founding document of the abbey issued in 1055 reads that King Andrew established the church “for the salvation of himself and his wife, his sons and daughters, and all of his living and deceased relatives, to honor the Virgin Mary, and bishop and confessor Saint Ányos.” It was common practice in the Middle Ages among monarchs, heads of clans, and noble families to erect private churches on their estates where they prayed for their own salvation, and which functioned as burial places. Andrew I was laid to rest in the Royal Crypt in 1060, while his son, David (1053/1055-1094?), was also buried there.

It is a sacred place for Hungarians, as the royal crypt in Tihany is the only Hungarian royal burial place from the age of the Árpáds, which has been preserved in its original state. The crypt also functions as a pilgrimage site. Every year, on the second Saturday of September, there is a solemn ecumenical prayer for Hungarians, after which everyone places a single flower on the tomb of Andrew I.

The Abbey of Tihany is important for linguistic reasons as well, as its founding charter, issued in 1055, is the first scattered record of the Hungarian language. A legible, illuminated copy of the document can be seen on the west wall of the Royal Crypt, now open to visitors.