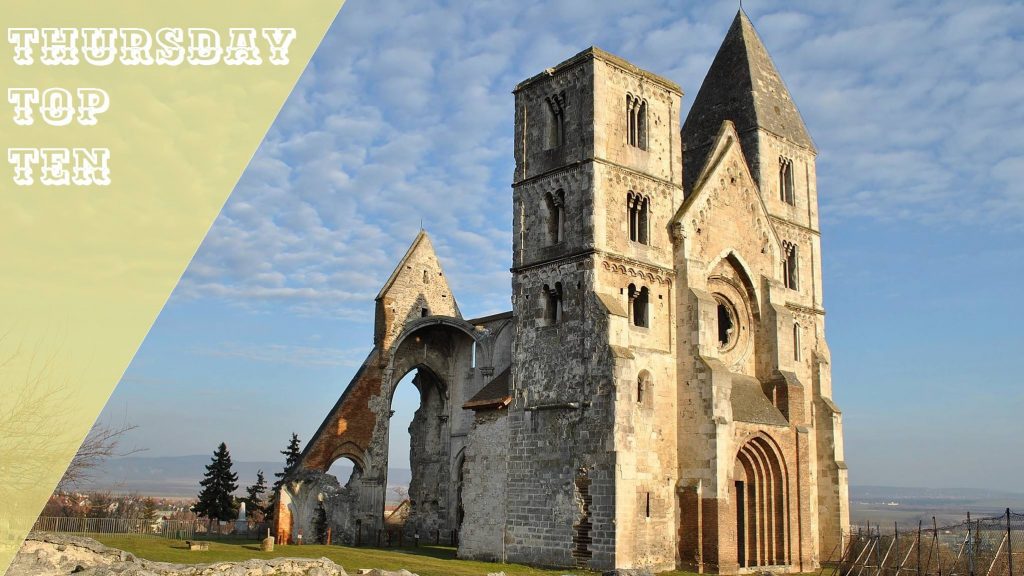 In Hungary Today’s new weekly series “Thursday Top Ten” our readers can learn about the most interesting things one can find about Hungary in connection with a concrete topic. In the coming weeks we are focusing on the amazingly rich architectural heritage of the Carpathian basin either in chronological or thematic order from the ancient times to today. Our second target are the medieval architectural sights of Hungary, namely those historic churches, abbeys, castles and fortresses that were built between the 10th and 15th century but visitors can find their remains still today.

The Pécsvárad Abbey was a Benedictine monastery established by Hungary’s state founder king St. Stephen in the first decades of the 11th century. The Roman Catholic Diocese of Pécs was already established in 1009 in the southern parts of Transdanubia within the Kingdom of Hungary, and Benedictine monks from here moved to the nearby Pécsvárad at the foots of the Zengő Mountain around 1015. The 1000-year old monastry is known for its two-storey chapel: 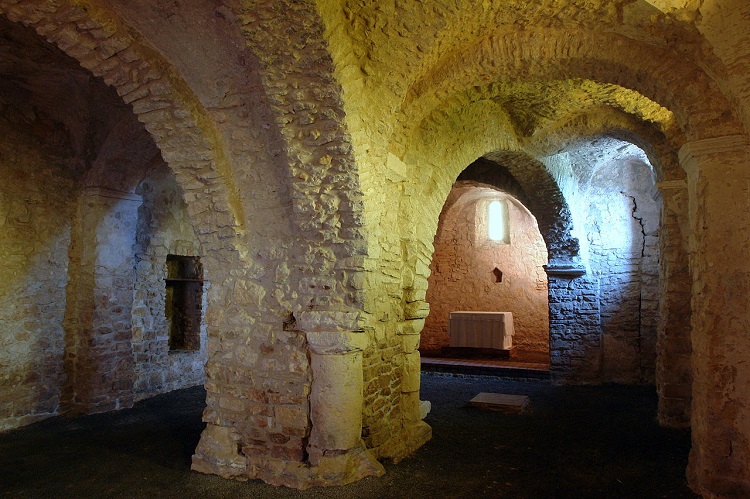 It was Prince Géza who founded Esztergom around 972 and made it a royal seat for more than two and a half centuries. Géza’s son, Saint Stephen was born here, who founded the first Hungarian archdiocese in Esztergom, which continues to be the centre of the Hungarian Catholic Church with its monumental 19th-century basilica. Most parts of the old medieval palace – narrow stairs, alleys, under arches and gates built in Romanesque style – were explored in the 1930s, but even today there are archeological excavations in progress in Esztergom. 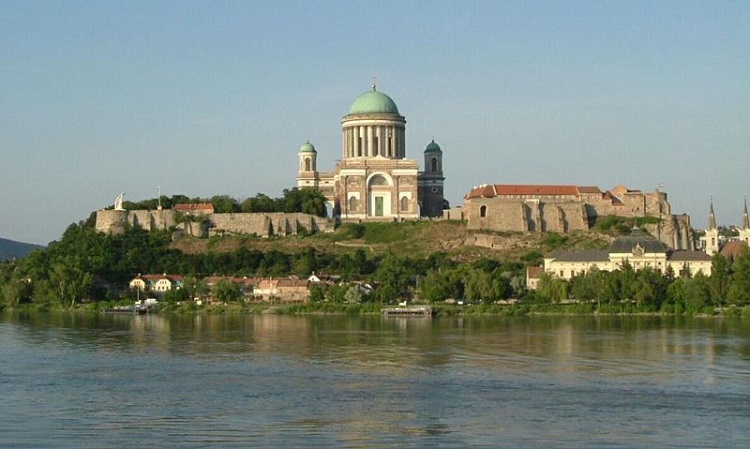 The Basilica of Saint Stephen in Székesfehérvár was a principal church of the rulers of Hungary. One of the greatest medieval buildings in Europe and the greatest one in Hungary, it was the home of the Hungarain crown jewels, including the throne, the Holy Crown, the treasury and the archives. 37 Hungarian kings and 39 queens consort were crowned in this basilica and 15 of them were buried in it. Unfortunately  the valuable building was destroyed by fire in 1601, and even the ruins have been demolished and used for the construction of the new episcopal residence in the late 18th century. 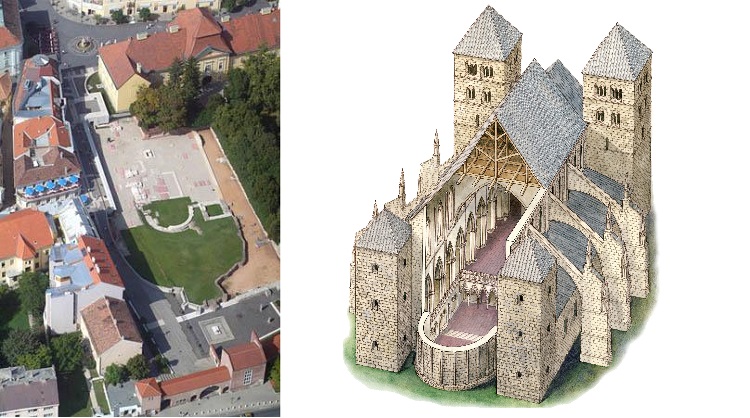 Dedicated to the Holy Virgin and to Saint Bishop Aignan of Orleans, the Benedictine monastery of Tihany was established in 1055 by King Andrew I of Hungary (1046–1060) on a peninsula at Lake Balaton. King Andrew was buried in the church of the monastery and his tomb in the crypt of the church is only grave of a medieval King of Hungary, which has been preserved until today. The establishing charter of the abbey of Tihany is a document known for including the oldest written words in the Hungarian language. 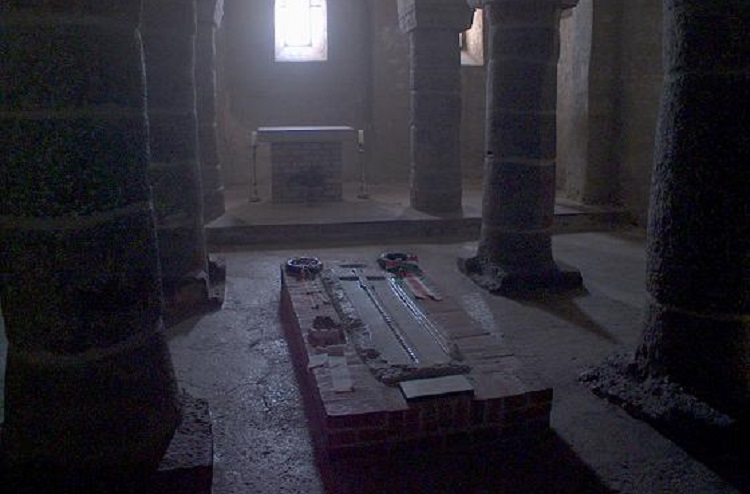 The establishing charter of the abbey of Tihany is preserved in Pannonhalma, which is the second largest territorial abbey in the world and one of the oldest historical monuments in Hungary. Founded in 996 by Prince Géza, the abbey is located on the top of a hill (282 m) named after Saint Martin of Tours. Pannonhalma is world famous for its rich heritage, including Basilica with the Crypt, the Cloisters, the monumental Library with 360,000 volumes, the Baroque Refectory, the Archabbey Collection (the second biggest in the country) and its prestigous Benedictine high school.

The Abbey of Bélapátfalva is a Romanesque style monument located in Heves county, in Northeastern Hungary. The church situated next to the abbey has been preserved so well that it can be used for religious services even today. Cistercian monks started the construction a church in 1232 on the estate of the Bel family at the foot of Belkő mountain.  The abbey built at the same time, was destroyed in the 16th century and only the ruins have survived. 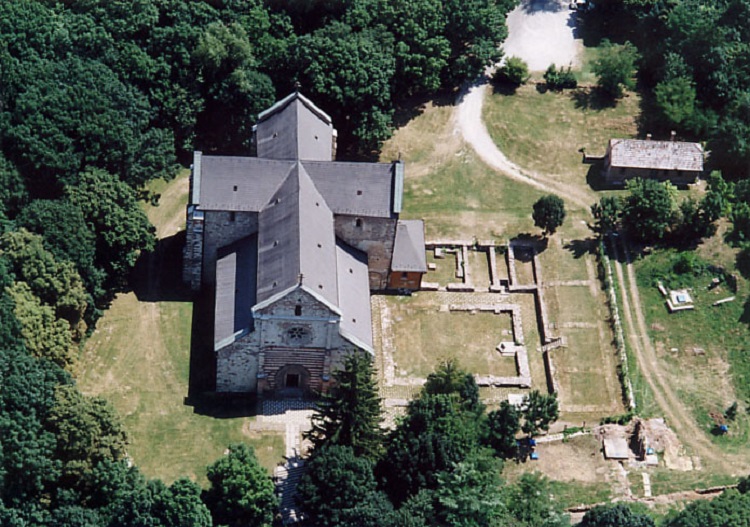 The Premontre monastery church of Zsámbék is a ruin of a Romanesque church located 20 kilometers west of Budapest. The construction of the church started in 1220 but was completed only several decades later. The monastery was badly damaged during Turkish rule in Hungary and collapsed as a result of an earthquake on 28th of June 1736. Since then the Zsámbék church been deserted but remained the symbol of medieval Hungary. 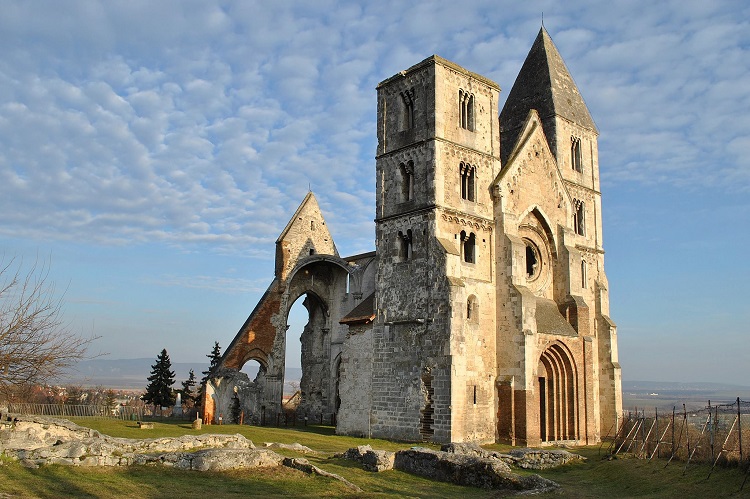 The parish church of Ják, a small village in Western Hungary, is the most complete Romanesque masterpiece in the country. Built originally as the church of a Benedictine monastery, it was erected on the top of a mound, so the twin towers of the church can be seen from a great distance. The statues of Christ and of the twelve apostles are seen in the niches above the entrance. 25 metres from the church, visitors can also see the St. James Chapel, which was built in Romanesque style in the 13th century as well as the Ják church. 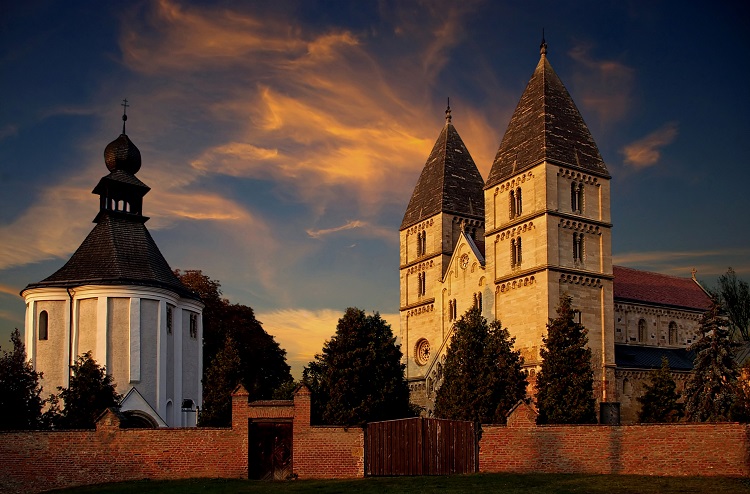 The four-towered gothic castle of Diósgyőr, siuated today in the city of Miskolic in northeast Hungary, was built after the 13th-century Mongol invasion and reached the peak of its importance during the reign of legendary king knight Louis the Great (1342-1382). Later Diósgyőr became a wedding gift for the queens of Hungary, however, by the end of the 17th century it was already in ruins. Following archaeological excavations in the 1960s, the castle has been recently completely refurbished. 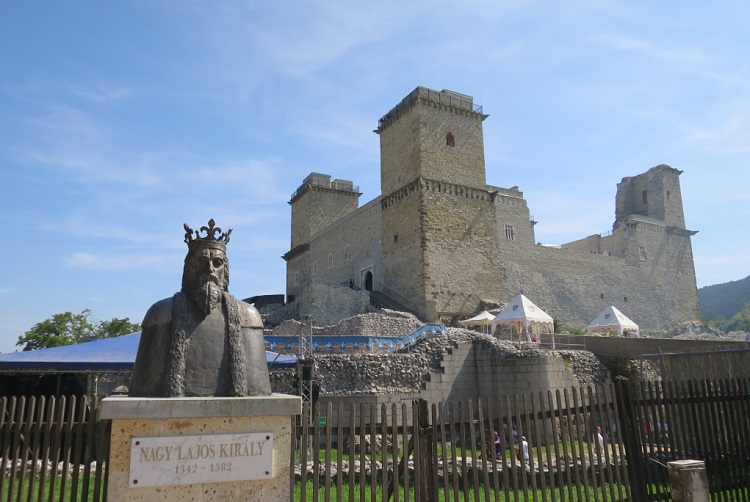 Located at the top of 365 meter hill, the world famous castle of Hollókő (Raven-stone) commands a striking view of the surrounding hills of Cserehát. The fortress was built at the end of the 13th century and strengthened 200 years later. Captured by the Turks, it was not liberated until 1683 when Polish King Jan Sobieski expelled the Ottomans from the region. The traditional Hungarian village of Hollókő is just a stone throw away from the castle. The whole area is part of the UNESCO World Heritage Sites. 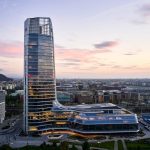