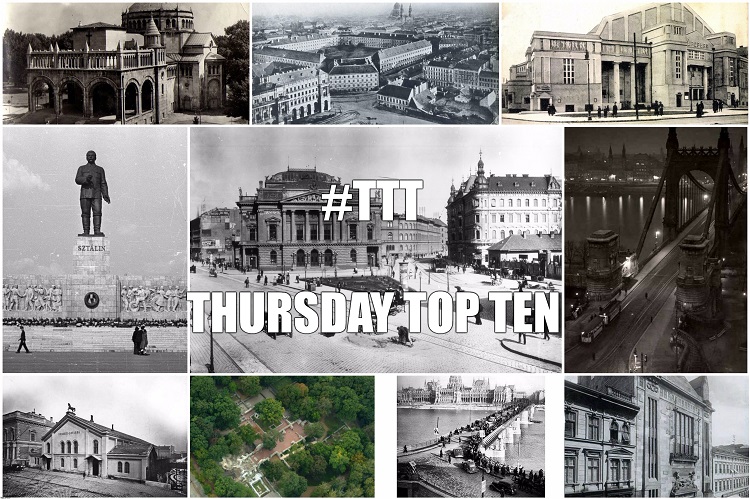 In Hungary Today’s weekly series “Thursday Top Ten” our readers can learn about the most interesting things one can find about Hungary in connection with a given topic. Following last week’s look at the best Hungarian films, we now turn to some of the many interesting buildings in the Hungarian capital which, for one reason or another, have not survived to the modern day. 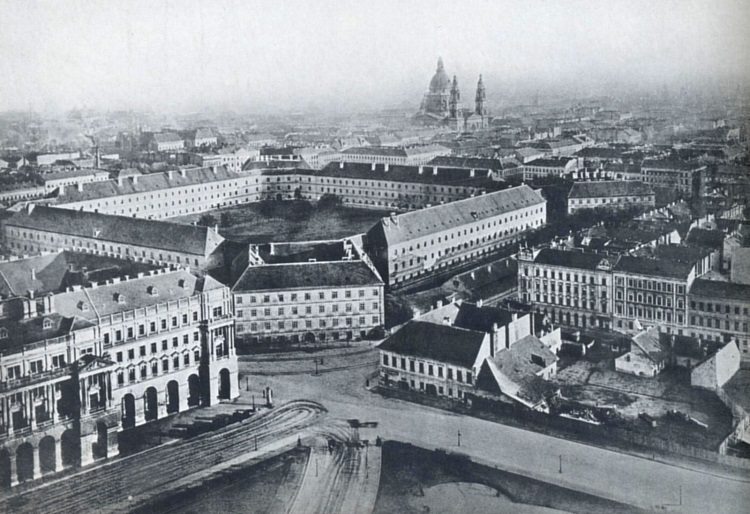 Situated on what is today Budapest’s Liberty Square (Szabadság Tér), the New Building was an infamous prison and military barracks built by Austrian forces at the beginning of the 19th century. The building gained a particularly negative reputation following the defeat of the Hungarian Revolution of 1848, for it was in the New Building that many of the revolution’s leaders, including Count Lajos Batthány, Prime Minister of the first responsible Hungarian government, who was shot there on October 10th, 1849. Following the Compromise of 1867 that created Austria-Hungary, debates flowed about what to do with the New Building; ultimately, it was torn down in 1897, making way for Liberty Square. 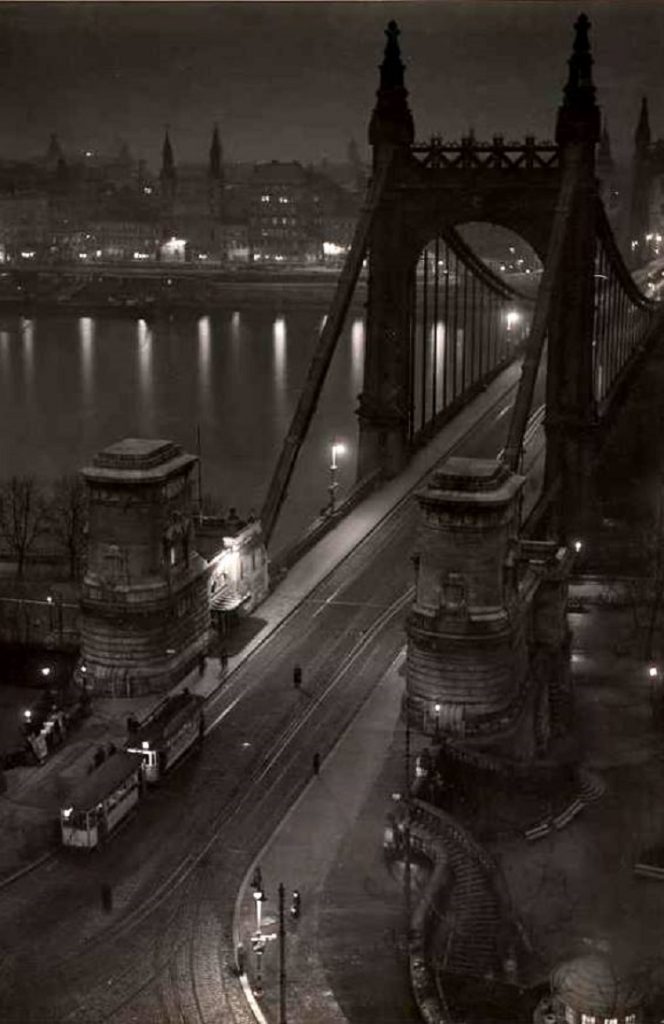 While there admittedly is an Elizabeth Bridge in Budapest today, and while it spans the same stretch of river as its predecessor, it bears very little resemblance to the original bridge that existed until the destruction of Budapest’s bridges during the Second World War. Completed in 1903, the original Elizabeth Bridge was named after ‘Cissy’, the widely-beloved wife of Austria-Hungary’s Emperor-King Francis Joseph; interestingly, while the Francis-Joseph Bridge was renamed ‘Liberty Bridge,’ a name it bears to this day, ‘Cissy’s’ bridge never lost its original name, a fact that is a testament to the Queen’s enduring popularity among Hungarians. The ‘old’ Elizabeth Bridge was considered by many to be the most beautiful of Budapest’s bridges; following its destruction it was rebuilt in a new, modern form in 1964, which can be seen to this day.

Standing on what is today Blaha Lujza Square, the National Theatre was opened in 1875 as the Népszinház, or People’s Theatre. When the National Theatre’s previous building, located on Kerepesi street, was demolished, the company moved into the People’s Theatre in 1908. This building would function as the home of the National Theatre for decades to come. In 1963, following years of neglect and deterioration, Communist authorities decided to tear the theatre down, ostensibly to make space for the Budapest metro; the building was demolished in 1965, leaving the city with the marvel of socialist architecture that is Blaha Lujza Square. The National Theatre itself received a new, modern home in 2005, situated on the banks of the Danube. 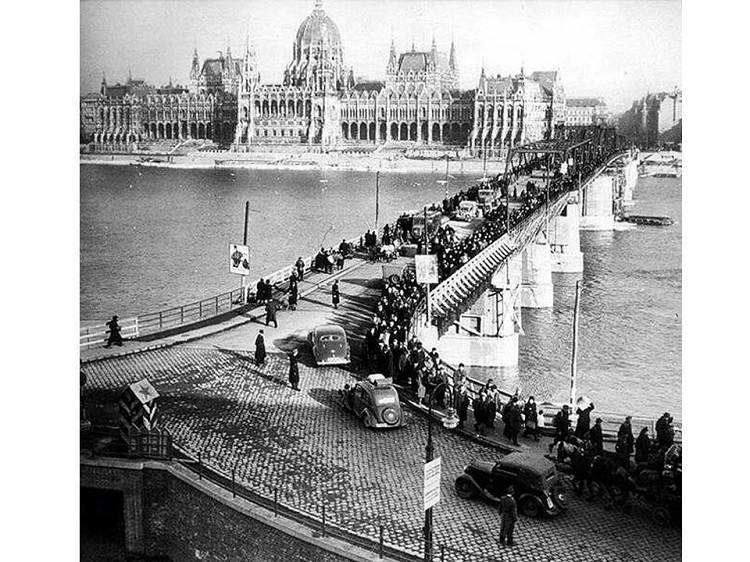 Holding the distinction of being the first Danube crossing to be erected in Budapest following the massive destruction caused by World War II, the Kossuth Bridge was a bridge that stood in Budapest from 1946 to 1960. While a pontoon bridge was erected in this location by Soviet troops in early 1945, a spar-bridge was constructed in a mere seven months; until the Liberty Bridge re-opened in August 1946, the Kossuth Bridge, named after the head of the 1848 Revolution, was the only Danube crossing in the city. In the decades that followed, other Budapest bridges were rebuilt as well; due to its hasty construction, the Kossuth Bridge became a maintenance headache, and it was finally shut down in 1957, and dismantled in 1960. 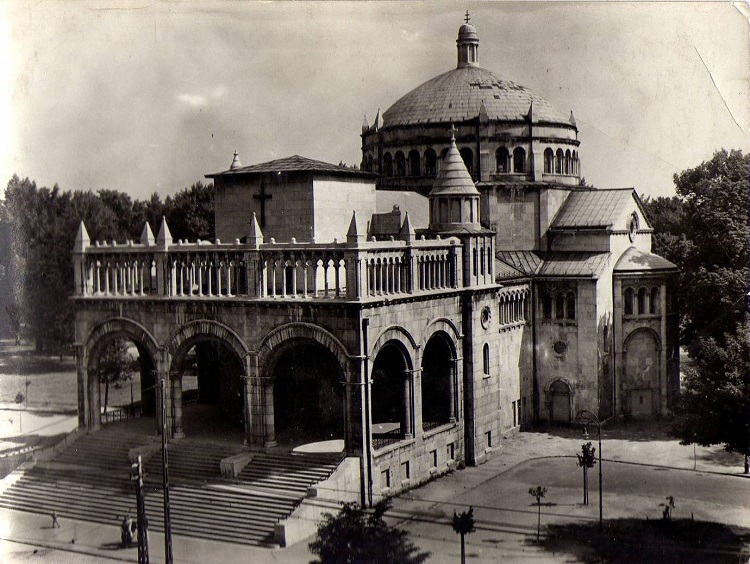 Officially titled the Magna Domina Hungarorum (Great Lady of Hungary) Church, construction on the Regnum Marianum Church began in 1926, and completed in 1931. The Regnum Marianum Church was dedicated to the defeat of Béla Kun’s 1919 Hungarian Soviet Republic. Following the rise of Mátyás Rákosi’s Stalinist dictatorship, the church was destroyed in 1951 to make room for a colossal Stalin Statue and the Parade square that would surround it.

Erected in 1951 as a “gift” to Soviet ruler Joseph Stalin, the eight-meter-tall bronze statue stood atop a huge limestone base, meaning that the statue’s face leered down at the citizens of Budapest from a height of 25 meters. Despised as a symbol of Communist dictatorship and Soviet oppression, the statue was destroyed on October 23rd, 1956, as part of the outbreak of the Hungarian Revolution. A huge crowd of angry revolutionaries demolished the statue, leaving only Stalin’s boots behind. Today, the spot on which Stalin’s statue once stood is now home to a memorial to the 1956 Revolution, while Stalin’s boots can be seen in Budapest’s Memento Park, alongside other discarded relics of the Socialist era. 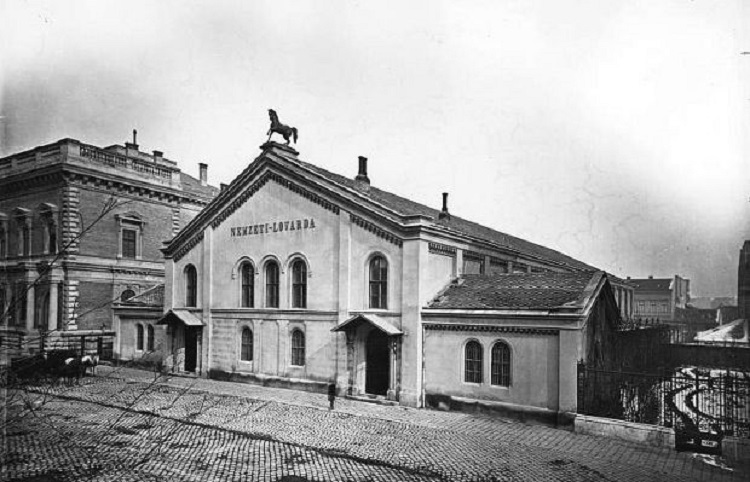 Built in 1857 by famed Hungarian architect Miklós Ybl, the National Horse-Riding Hall was a place for the wealthier residents of the city to ride, exercise, and fence. Located behind the National Museum, the building housed a riding hall, stables, exercise rooms, and a shooting gallery. A portion of the equestrian hall was moved outside the city center in the 1900s. Following the Second World War, the building was demolished, with the headquarters of the Hungarian Radio built in its place. 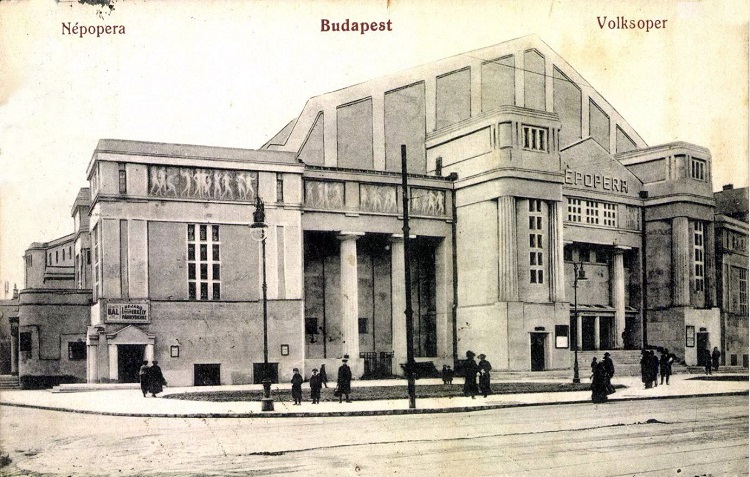 The Erkel Theatre was originally opened in 1911 as the People’s Opera; it was intended to provide an affordable place of Hungarian-language art and entertainment for the everyday citizens of Budapest. Over the decades of its existence, the Opera would host the likes of Béla Bartok, Toscanini, Bruno Walter, and many others. Renamed after Hungarian composer Ferenc Erkel in 1953, the building underwent significant renovations in 1961. From 2007 to 2013 the Erkel Theatre was closed for another round of extensive renovations, which yielded the building that can be seen today. 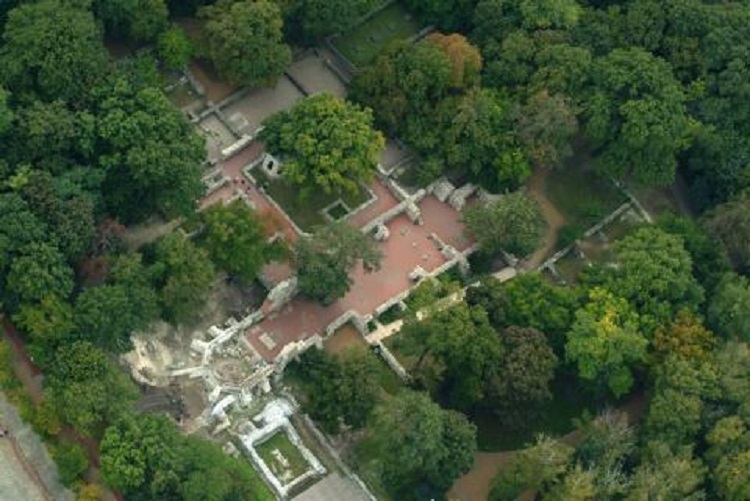 Built in the 13th century, during the reign of King Béla IV, the Dominican Convent and Church was one of the most important institutions on what was, at the time, known as Rabbit Island. Following its foundation, the convent would be home to King Béla’s daughter, Margaret. Margaret became a nun, taking vows of chastity, defying her father’s wishes to marry her to the King of Bohemia. Following her death, Margaret was venerated as a saint, and ‘Rabbit Island’ would come to bear her name. As for the convent itself, it would be destroyed by the Turks following the 1541 sacking of Buda. Excavations over the course of the 19th and 20th centuries have revealed the convent’s foundations, which are visible to this day.

Located on Pest’s Dohány Street, near the world-famous synagogue, the Hungária baths began operation in the 1820s. With 60 small baths, four steam baths, 1500 cabins, swimming pool, healing-water pool, and colossal glass cupola, the baths provided quite the imposing sight for guests. In the 1920s the Hungária baths began to lose popularity, and the Continental Hotel was opened in the building, which also became home to a movie theatre. The hotel was closed in 1970, and over the decades the building began to deteriorate. In 2002 the building was declared to be a health hazard, and was demolished. Today, a new hotel operates in location of the old Hungária baths, and only the façade of the original building remains.

IT’S MOVIE TIME! THESE ARE THE BEST HUNGARIAN MOVIES EVER

CNN: House of Hungarian Music Among 2021’s Most Anticipated Buildings