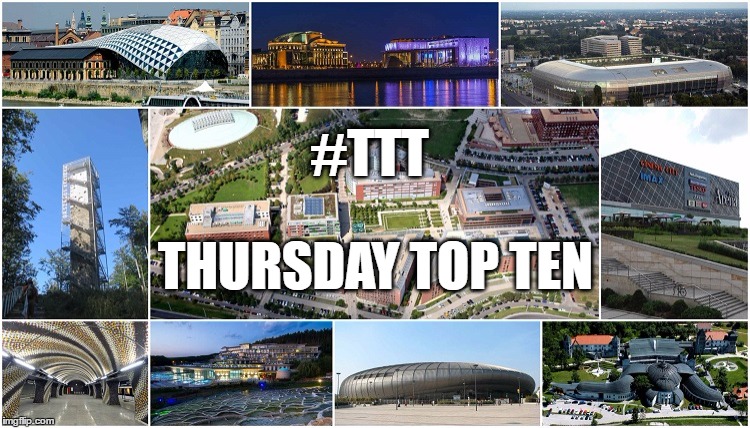 In Hungary Today’s weekly series “Thursday Top Ten” our readers can learn about the most interesting things one can find about Hungary in connection with a given topic. Following last week’s article about the ‘Highlights Of Hungary 2016 awards’, this week we continue our series about the amazingly rich architectural heritage of the Carpathian basin from the ancient times to today. Our next target are those contemporary buildings and architectural sights of Hungary that were constructed after the fall of Communism (1990). 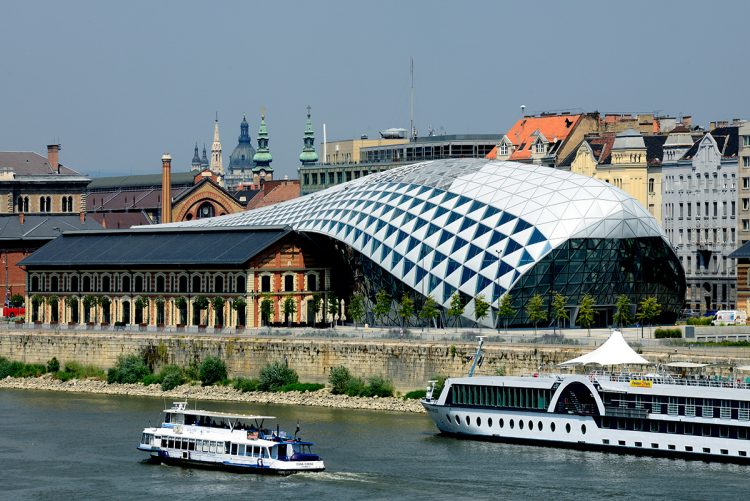 One of Budapest’s newest sights, the Bálna (Whale) was opened in November 2013 at the Danube bank in Pest between Petőfi Bridge and Szabadság Bridge. The modern shopping, cultural, and entertainment centre, which aims to be tourist attraction such as the Covent Garden in London, was designed by Dutch architect Kas Oosterhuis, who transformed the location’s former 19th century public warehouse buildings into a 21st century colossal glass and metal multifunctional complex. Construction begun in 2009 but the 2011 opening had to be delayed due to legal issues. In 2012 the structure became the property of the Municipality of Budapest. 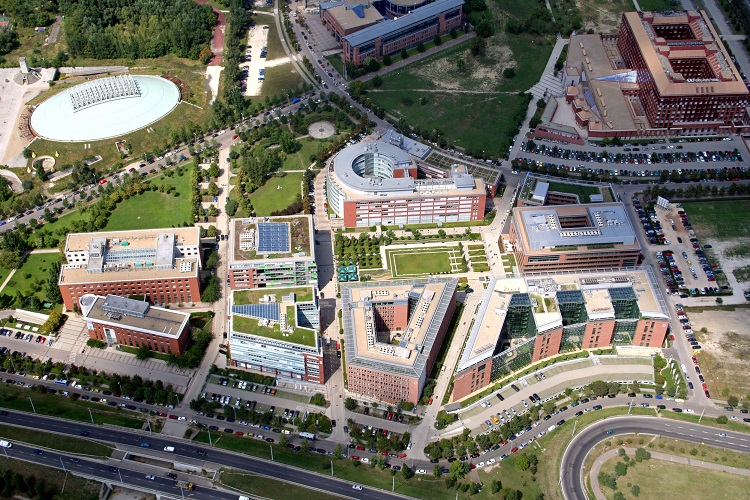 Budapest’s Infopark is not only the first innovation and technology park of Hungary but also of Central and Eastern Europe. The office park, which has nearly 100,000 m2 space to rent in the Hungarian capital’s 11th district, offers offices for a number of IT, telecommunication and software development companies, including Lufhansa Systems, Hungarian Telekom, IT-Services. The seat of the European Institute for Innovation and Technology (EIT) is also located in the Infopark of Budapest. The multiple award-winning office complex, which is today known as high-class working environment of 7000 employees, was constructed in several phases between 1996 and 2009. 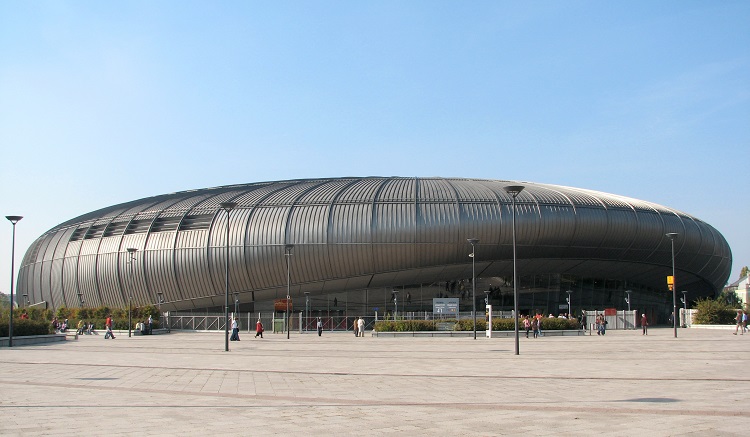 After an unfortunate tragedy that burnt the old Budapest Sportarena to the ground in December 1999, Hungarian authorities determined to build a new sports complex and concert hall as soon as possible. The new facility was designed jointly by Hungarian, British and American architects and it was constructed by French building company Bouygues between June 2001 and March 2003. The building contains 50,000 tons of concrete, 2,300 tons of steel structure, more than 11,000,000 bolts and several kilometres of cable. The pedestrian area of the complex is covered by Hungary’s largest continuous granite surface, which is 25,000 m2. The new Budapest Sportaréna is named after László Papp, Hungary’s legendary three times Olympic gold medalist boxer. 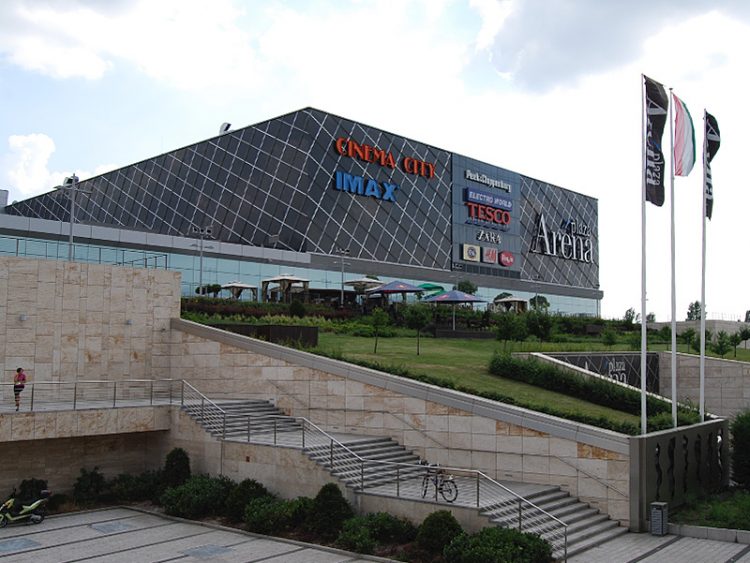 Located approximately five minutes walking distance from Keleti Railway Station, the Arena Plaza of Budapest is the largest shopping mall in Budapest at a size of 200,000 square metres. The building, which was opened in 2007 at the site of an old horse racing track, includes the country’s first IMAX cinema auditorium, along with 22 other screens. The plaza also includes many stores for shopping, dining, and entertainment as well as a large Tesco hypermarket. The giant shopping center offers approximately 2,800 underground parking spaces for free. 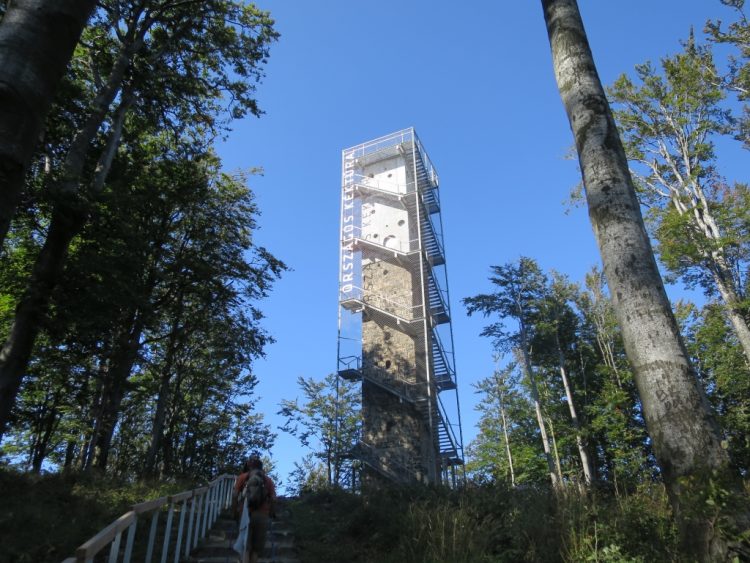 A fascinating scenic view appears from the top of the new lookout tower of Galyatető in the Mátra mountains of Hungary. The brilliant 98-feet high building, located in the center of the 1100-kilometer long “Blue” national tourist route, offers not only a sensation panorama view but also a rest-house service for the tired hikers for the night. The multifunctional lookout tower was extended and reconstructed by the plans of two professors of the Moholy-Nagy Universtiy of Arts and Design Budapest, Csaba Kovács and Áron Vass-Eysen. The tower was awarded by the American Architecture Gold Prize. 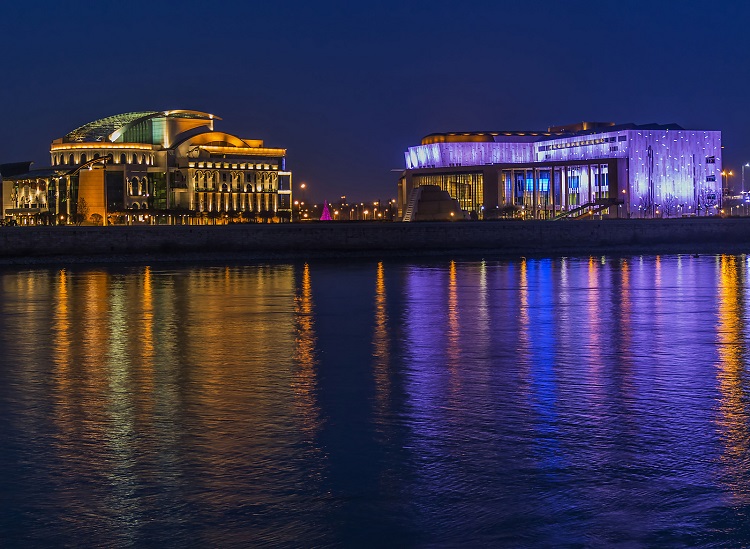 Budapest’s Millennial Culture Center located near Rákóczi Bridge is the home of two fortresses of the Hungarian cultural life, namely the National Theater (Nemzeti Színház) that was built in 2001 and the Palace of Arts (MÜPA), which was opened in 2005. Designed by architect Mária Siklós, the National Theatre has a 619-seat auditorium. Its stage is a real moving stage that can be raised at 72 different points, which makes it unique in Europe. The park surrounding the theatre building is full of statues portraying famous Hungarian actors. The Palace of Arts, known for its amazing acoustics interior design, gives home to three prestigious institutions – the 1525-seat Béla Bartók National Concert Hall, the Ludwig Museum and the Festival Theatre.

7.  Spa and Thermal Bath in Egerszalók 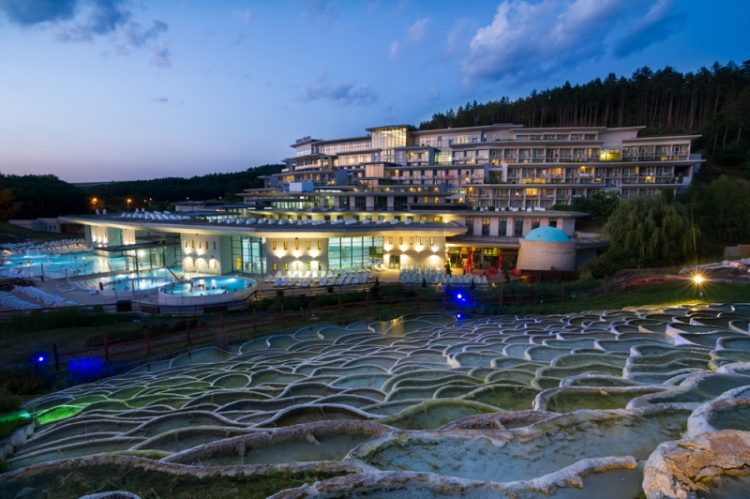 The Saliris Resort Medicinal and Wellness Spa was opened in 2007 in Egerszalók, a small  village located in a picturesque valley between the Bükk and Mátra hills, just six kilometers west of the town of Eger. Here the hot waters from two ancient thermal springs have been flowing out of the side of a hill for ages, leaving behind beautiful mineral formations, called the ‘Salt hill’, that cascade down the hill like a frozen waterfall. Furthermore, the water of Egerszalók is qualified as medical thermal water in 1992 due to its high calcium, magnesium and sulphur content. The luxurious wellness complex, which has become extremely  popular among foreign tourists in recent years, has seventeen pools, both indoor and outdoor, including children’s pool, jacuzzi, thermal and adventure pool. 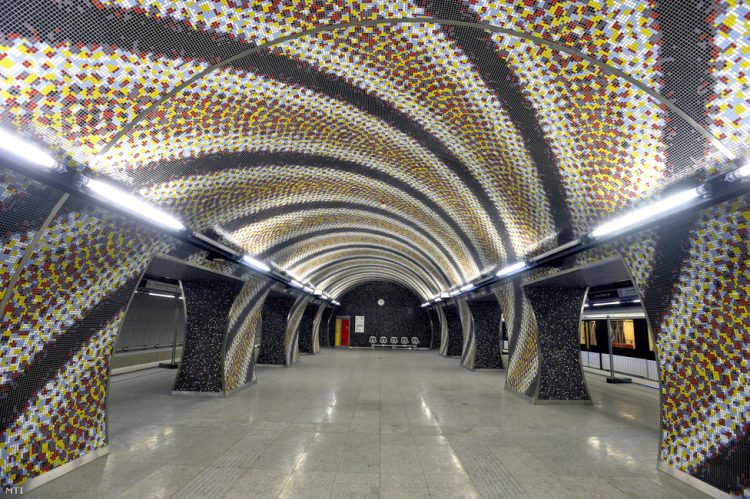 Although the first plans for a fourth metro line in Budapest were developed as far back as 1972, the actual construction works began only in 2006. The green-colored 7.4 km-long metro line, which was opened in March 2014, connects the southwestern Kelenföld vasútállomás located in Buda, and the eastern Keleti pályaudvar in Pest, under the River Danube. The line operates using fully automated Alstom Metropolis train sets with daily ridership estimated at 421,000. The M4 metro line consists of ten state-of-the-art stations, of which two (Gellért tér and Fővám tér) came first in the community spaces category in the Building of the Year Awards for the best public buildings, handed out by ArchDaily, one of the world’s most influential websites on architecture. Unfortunately, the M4 is also surrounded by harsh political and legal debates as the construction project has recently turned out to be  “the most corrupt case in the history of Hungary’s 13-year European Union membership.” 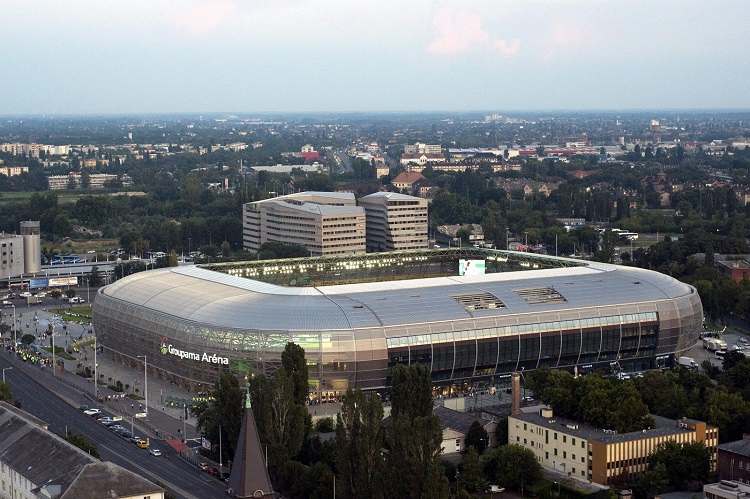 The Groupama Arena in Budapest’s 9th district, home of Hungarian first division team Ferencváros, was opened in August 2014. The construction took 14 months, during which  60 000 cubic metre material was moved, including 24 492 cubic metre concrete and 2708 tons of steel structure. The supermodern stadium was categorised as a Category 4 facility by the UEFA which is suitable for football games in top-level international and domestic competitions as well as hosting music concerts. With a capacity of 23,698, Groupama Arena is the second largest stadium in Hungary after Ferenc Puskás Stadium. Since the national stadium is currently undergoing a large-scale reconstruction, the Hungarian national football team also play their home matches in the Groupama Arena. Despite having a brand-new stadium, many Ferencváros fans are frustrated with the arena due to the newly-installed security system that uses vein matching vascular technology at the entrance. 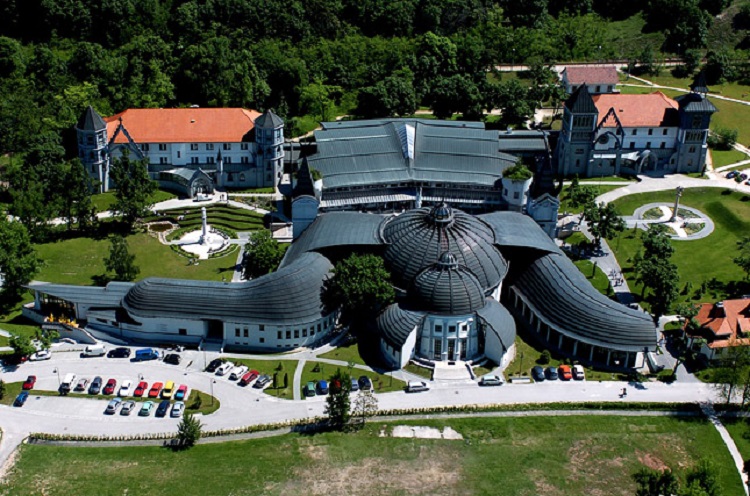 The University Campus of the Faculity of Arts and Social Sciences of the Péter Pázmány Catholic University is located in a beautiful natural environment, in the village of Piliscsaba. 24 kilometres west of the capital. The village lies in a valley of the Pilis Hills, near highway 10, half way between Budapest and Esztergom. The campus’s 220,000 m² territory was the home of several Soviet barracks before the fall of Communism. Although the faculty has its own railway station and bus stop, both called ‘Pázmáneum’, the everyday commute to the university poses a challenge to many professors and students. The campus’ main building, which is named after Hungarian King Saint Stephen, was designed in 1995 by famous Hungarian architect Imre Makovecz, a prominent figure of the so-called organic architectrue. 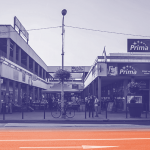