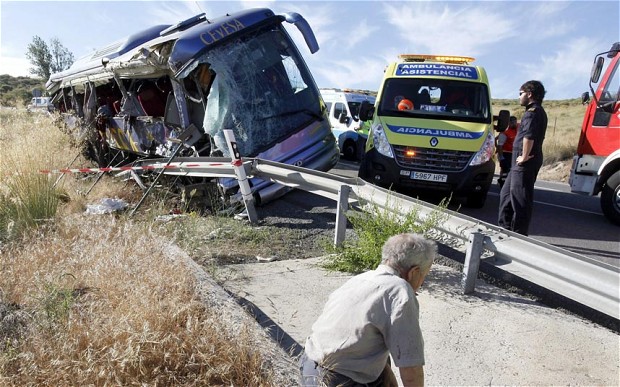 The Hungarians were mildly injured in the bus crash in Spain on Sunday morning that has claimed the lives of thirteen international exchange students, the Hungarian foreign ministry has disclosed.

Speaking to the state all-news channel M1, Tamás Menczer, spokesman for the Ministry of Foreign Affairs and External Economic Relations, said that Catalan civil defence forces had told the Hungarian high consulate in Barcelona that three Hungarians – a 20-year-old girl and a 23 and a 24-year-old boy – were injured in the crash. The three Hungarian students are being treated in different hospitals, he added.

According to Mr. Menczer, the accident has so far claimed thirteen lives, while a total of 28 people were injured. Among them, 8 are in a serious and 4 in a very serious condition.

The bus carrying Erasmus exchange students of several nationalities from Valencia to Barcelona suffered the accident on the AP7 motorway, near the settlement of Freginals, Tarragona county, at about 6 am on Sunday.