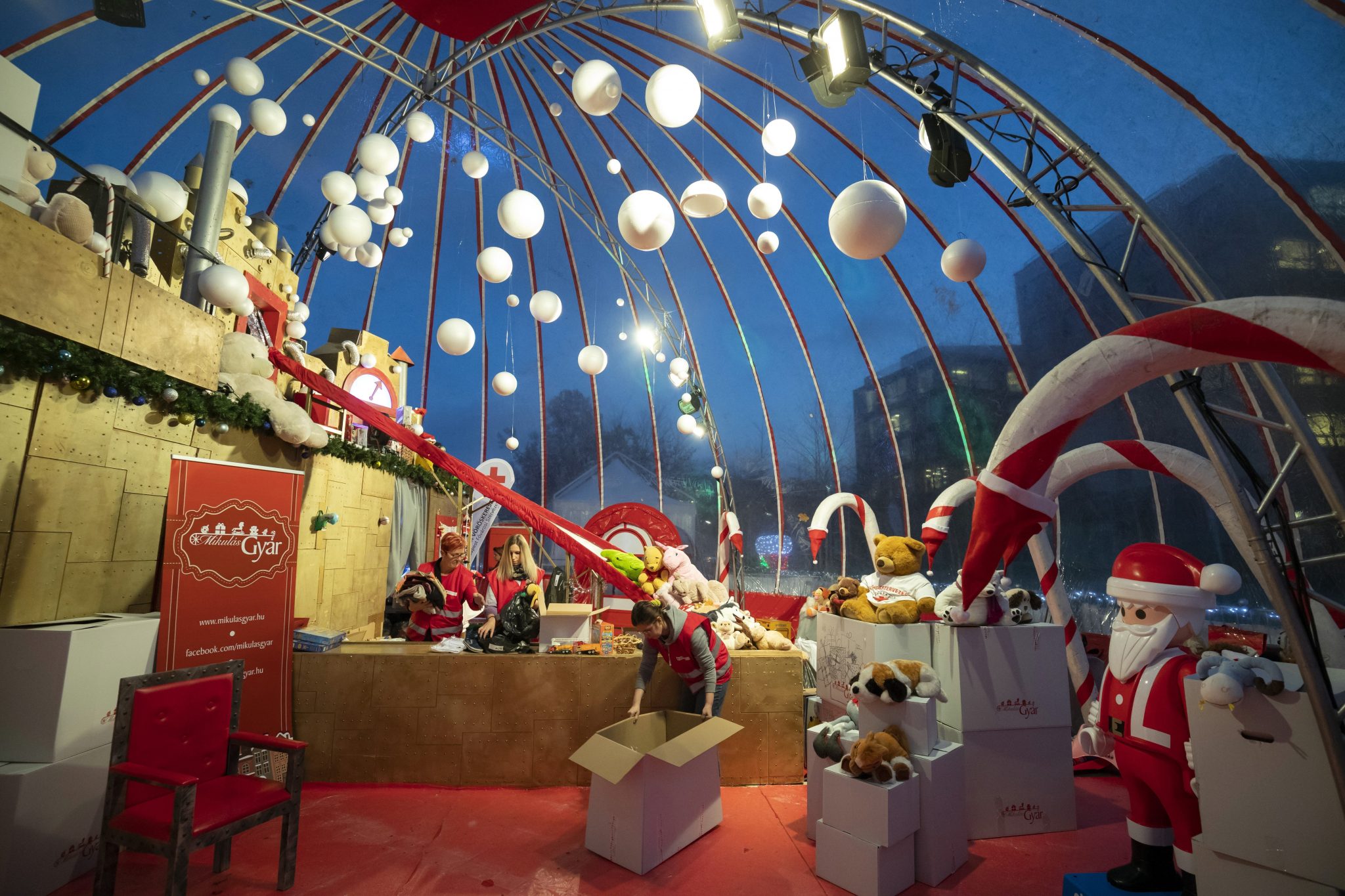 Wondering what holiday gift to buy a friend or family member? The holiday season is not only about buying gifts for our loved ones, but also about making a difference for people in need, less fortunate children and abandoned animals.

Although the two weeks before Christmas are always the busiest, in recent years, Hungarians spent approximately 200 billion forints (EUR 637 million). 20% of this is spent on holiday shopping each year, but Hungarians are reportedly also giving back to the community at this time of the year. A lot of people ask their family and friends to donate on their behalf in lieu of buying them expensive presents.

Hungarians to Spend a lot on Christmas Gifts

There are a lot of gift collectors and charity organizations that are active at Christmas time and sometimes it can be hard to choose between them. Aside from the food drives that can be found in almost every supermarket, there are charities which support abandoned animals or collect presents for children as well. We have found three wonderful charities in Budapest through which you can help those in need:

Organized by the Hungarian Baptist Aid, the Shoebox charity is one of Hungary’s most popular charity options. This year, 78-year-old Chuck Norris visited the country for the first time as the Aid’s guest star at their charity event. Every year during the Christmas period, people are encouraged to donate items in a shoebox, hence the name. 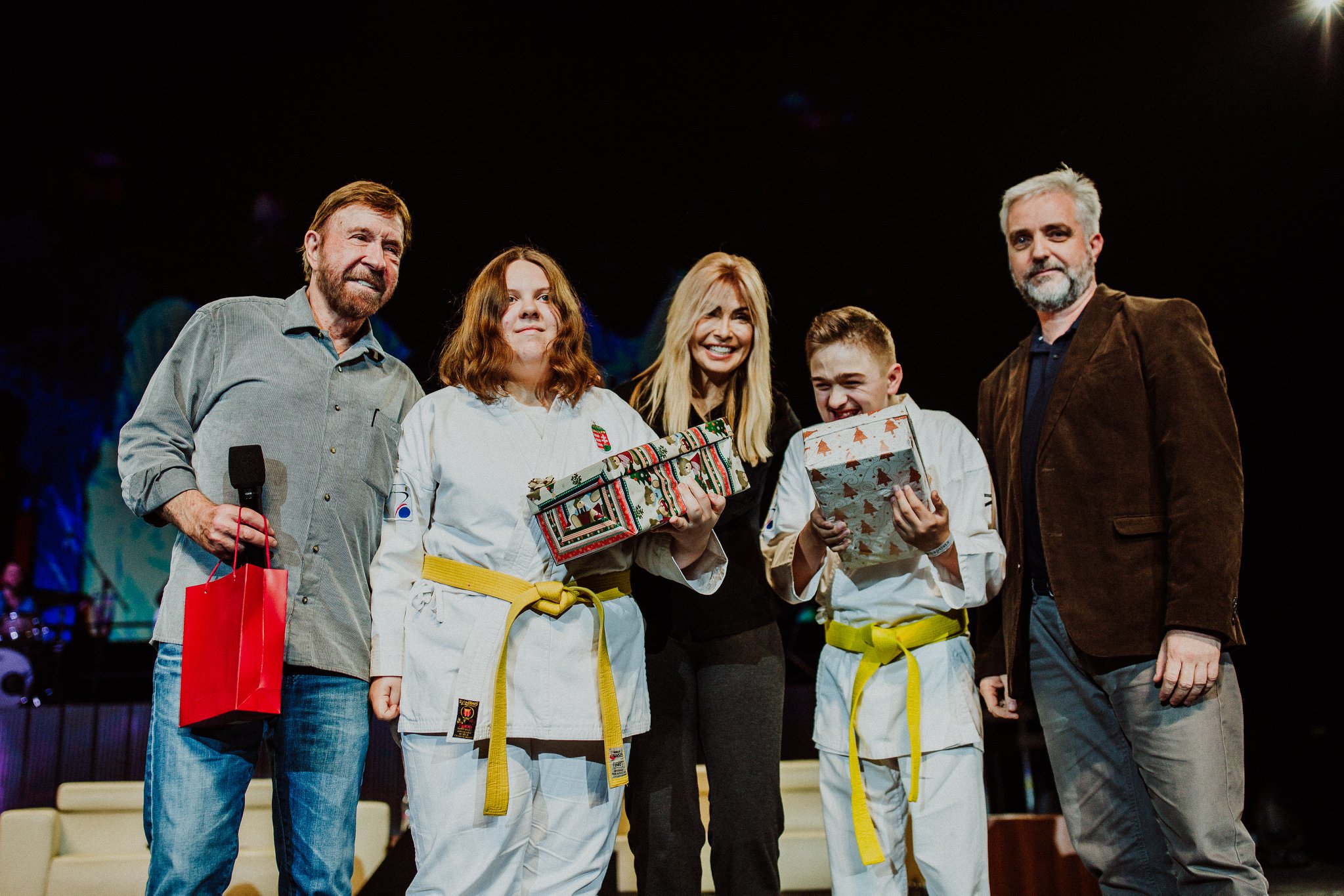 People usually give toys, school supplies and hygiene items to a less fortunate child, for example, someone who is in need or having to celebrate Christmas at a hospital. They then wrap the box and donate it at one of the designated drop-off locations. A British grandmother came up with the idea years ago and the tradition has since gained popularity in Hungary. This year, they have already collected more than 39,000 shoeboxes from the 294 drop-off points.

Run by volunteers primarily from Budapest, the Santa Claus Factory is one of the oldest and most widespread charity events in the city. People are encouraged to give donations to support children in need in either Hungary or in Hungarian communities outside the border at the main location at Budapest’s Millenáris or Lurdy ház. The factory requests food items, but they also accept donations of clothing, books, toys, sweets or school supplies–but no money. Adults and children are also encouraged to donate old, unwanted items and toys, but only those that are still in good condition. Aside from receiving and sending charitable donations, the factory also offers programs, such as concerts and other happenings. The factory was even opened by the ‘real’ Santa Claus who arrived from Lappland at the end of November.  The gifts can be left unwrapped as well, but it is preferred that they not be. 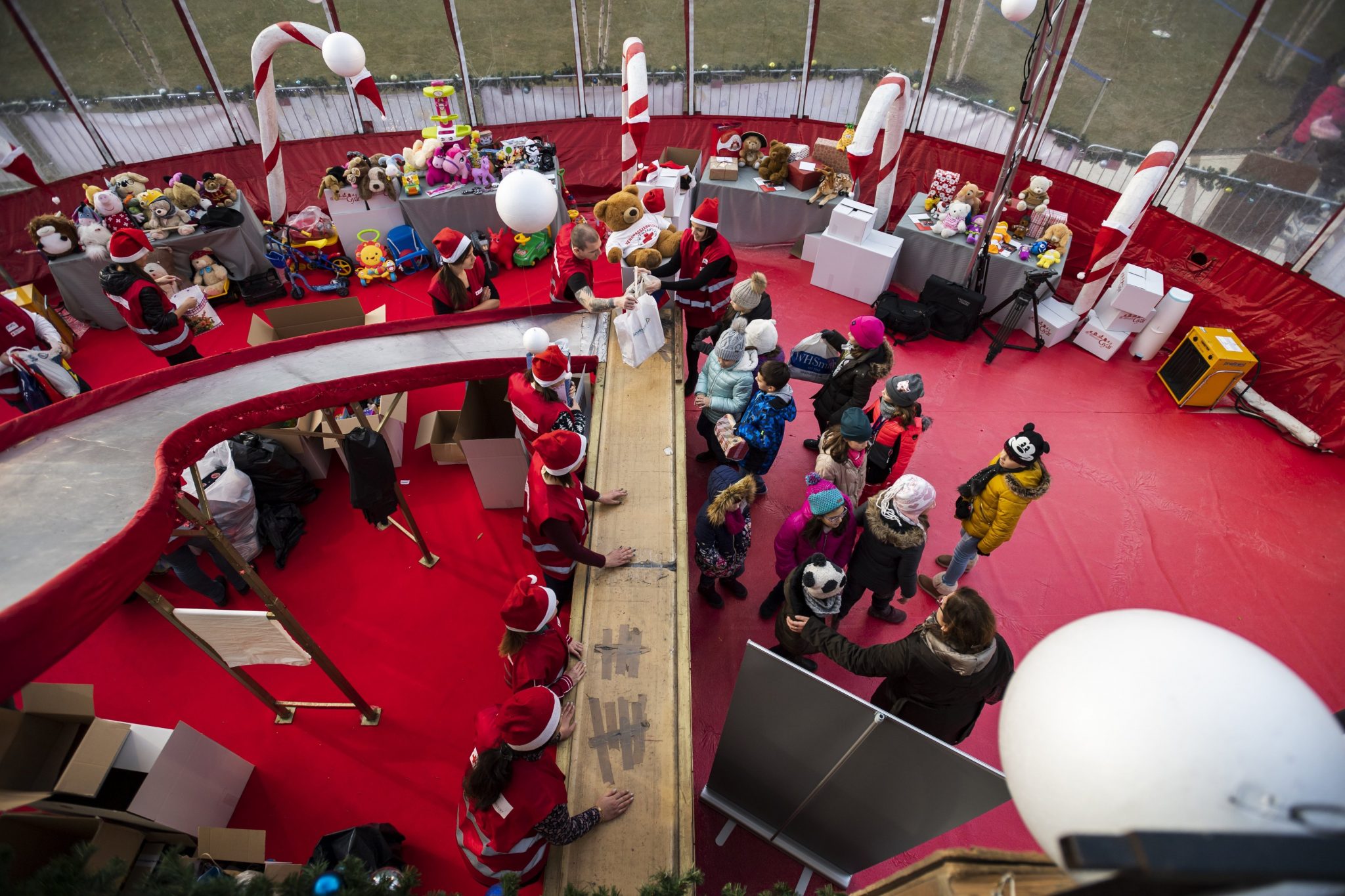 The Santa Claus Factory is open between 30 November and 21 December at the Millenáris Park (9am-9pm) and in the Lurdy Ház (10 am-7 pm).

People are not just spending a great amount of money on Christmas presents, but–as a little dog or cat with a red bow is an iconic Christmas image–many are irresponsibly giving animals as gifts. As a result, these animals often end up in shelters. The Noah’s Ark Animal Shelter Foundation–the largest animal shelter in Hungary–which actively rescues abandoned, tortured and abused animals and provides a home for approximately 1000 of them, encourages people to give donations to help better the health, life and future of an animal in need. 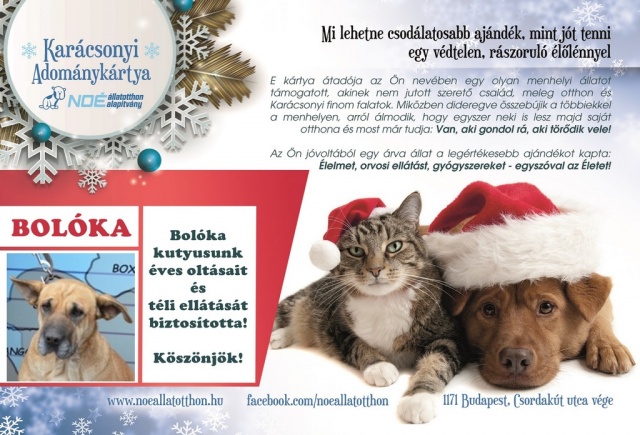 People can donate on behalf of a person instead of buying them a Christmas present. Their donation will be used to feed, treat and provide life-saving surgeries for needy animals. In return, for each supported animal, they will be able to give a unique Christmas Card to their loved ones for Christmas. 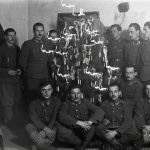