Thousands Protest In Front Of The Parliament 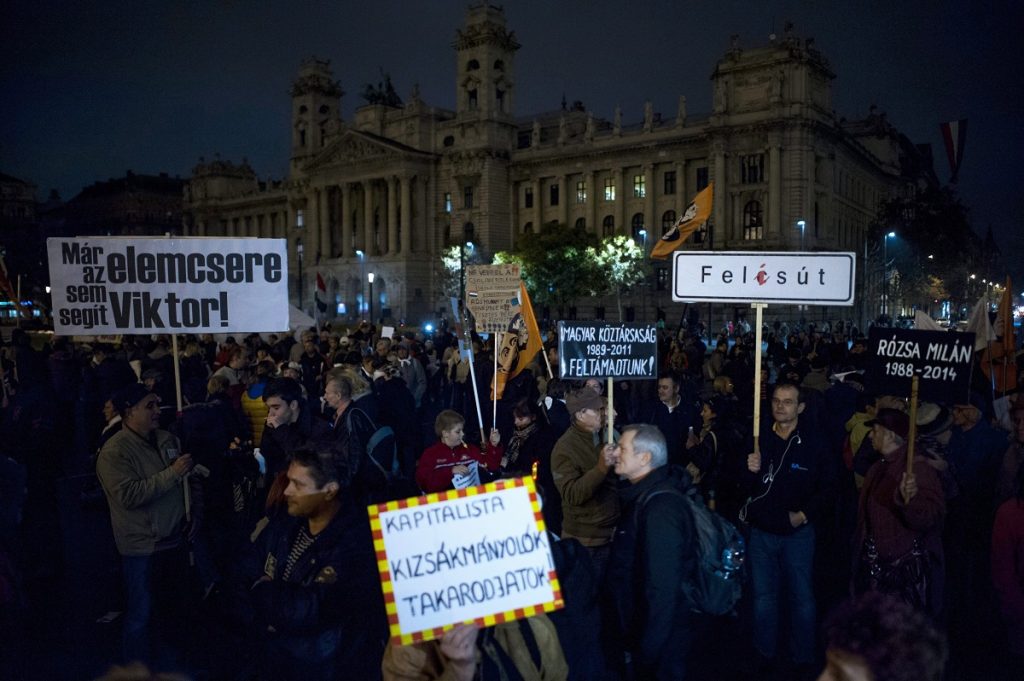 Thousands of Hungarians gathered in front of Parliament on Monday evening to protest against corruption and the government’s policies. Speakers of the “public outrage day” urged unity and construction of a new political system in which “tricksters are punished rather than the poor”, a new regime in which “nobody is left by the road”.

Addressing the huge crowd, whistleblower András Horváth, a former tax authority official, demanded resolute action against corruption. “We have come to bury not a government but a regime,” another speaker said. Participants chanted slogans including “Orbán out!”, “Europe”, “Democracy” and “Regime change” and held up similar signs. Opposition politicians were amongst the protesters, although party symbols were not on show following a request from the organisers. Demonstrators called on the government to resign and demanded the ousting of six public officials, including the head of Hungary’s tax authority, who have been accused of corruption as a result of the US ban affair.

After the speeches, some of the crowd dismantled the iron fence separating Parliament from the square, and proceeded to the police line. Later, riot police arrived and called on the crowd to disperse.Similar demonstrations were held in other cities both in Hungary and in other European countries simultaneously with the protest in Budapest.