Thoughts Of The Hungarian President On Budapest Water Summit 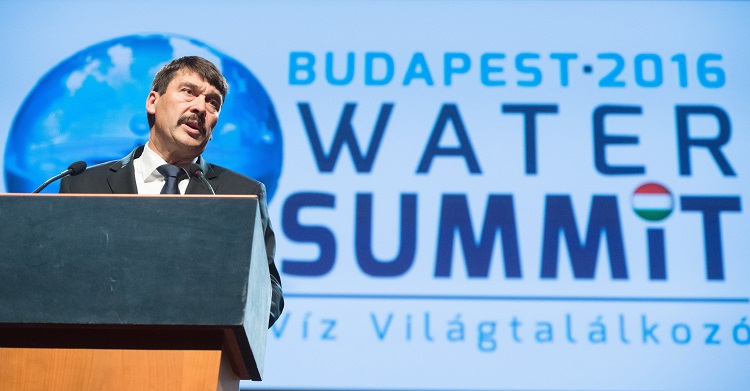 The 2016 Budapest Water Summit opened on the 28th of November in Budapest’s Millennium Park. The Summit, which focuses on issues surrounding the availability and security of water sources throughout the world, until the 30th.

On the Summit, quoting David Attenborough, the Hungarian President called for radical changes in society, in the economy and in politics in the interest of life on Earth in the future. At a press conference on the sidelines of the conference, Áder said: “If we lose the battle of water, we will also be defeated on the climate front”. He insisted that the complete water management system should be reconsidered, involving changes to its institutions, technologies and financing.

Peter Thomson, president of the United Nations General Assembly, said the world is heading for an unsustainable situation. Current tendencies suggest a global warming of 3-4 degrees Celsius rather than 1.5-2 Celsius as outlined in the Paris Agreement, making the survival of human civilisation doubtful, he added. Thomson urged efforts to implement the targets of the Paris Agreement, without which, he said, the future of mankind was in jeopardy. Without sufficient water there will not be enough food and there will be no further industrial development or sustainable urbanisation, Áder said, adding that “water is also a safeguard of peace and security”. The president warned that the global population growth and increased demand for food would increase water consumption by 30% by 2030. The industry will need at least 50% more water by 2050, he added. The president also said that finding solutions to water management problems was crucial for meeting sustainable development goals. 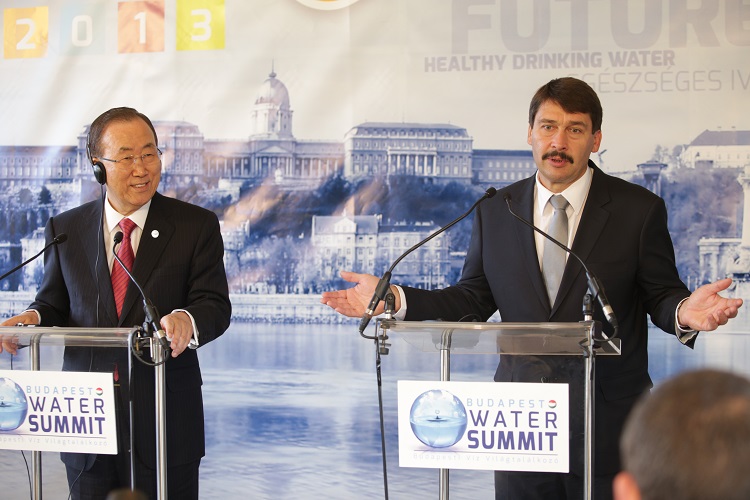 Mr. Áder urged that the best solutions should be collated and adopted in other countries. More and more experimental programs must be launched with appropriate financing in place, he said. Farming accounts for 70% of global water consumption, but only 15% of the planet’s arable land has irrigation farming. That area, however, produces 40% of the total yield. Water shortages impact food production, such as grain or corn, which could be impaired by as much as 50%, he said.