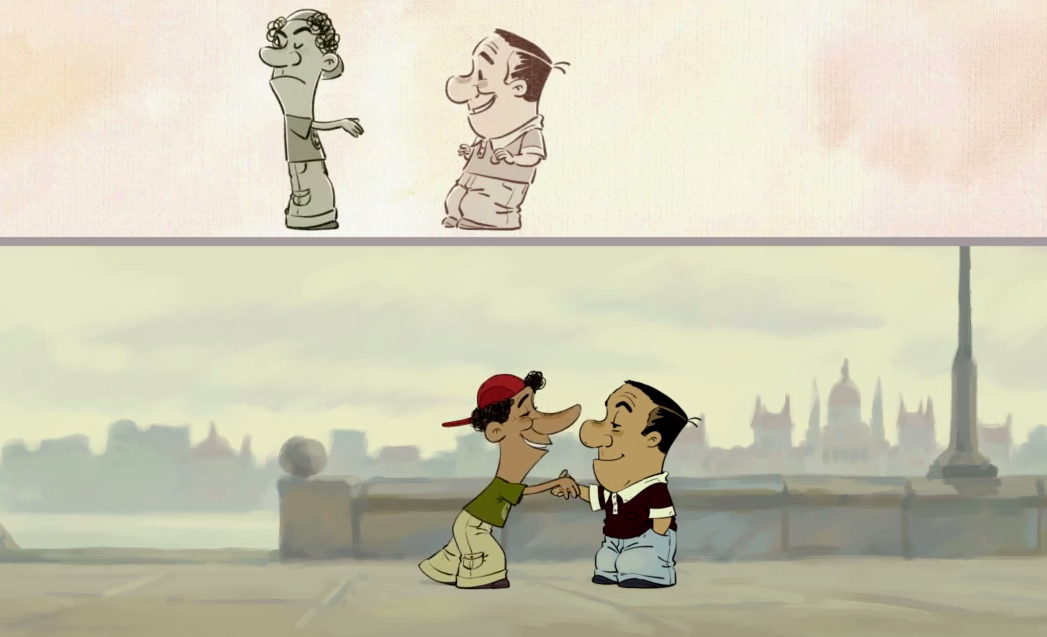 The protagonist of the four-minute cartoon entitled “Appearance and Reality” strolls along Bem rakpart, the stretch of the Danube embankment on the Buda side between the Margaret Bridge and the Chain Bridge. But what is the appearance from outside and what is really going on?

The short cartoon movie was uploaded to SPLOID, Gawker Media’s newest short movie blog, on Friday. The adorable cartoon shows a stern-faced man walking along the Danube embankment; however, as somebody or something comes opposite, his mood always changes – this can be followed on the upper part of the screen, depicted in less vivid colours. Not only is the cartoon’s atmosphere charming, it also tells a thought-provoking story.

The film was created by Russian-born Elena Rogova, who has been living in Budapest since 2000, and co-producer Zhena Pavlenko, along with several Hungarian contributors.

VIMEO statistics show that the film has been viewed 295 000 times since uploaded to the site on 29 December.