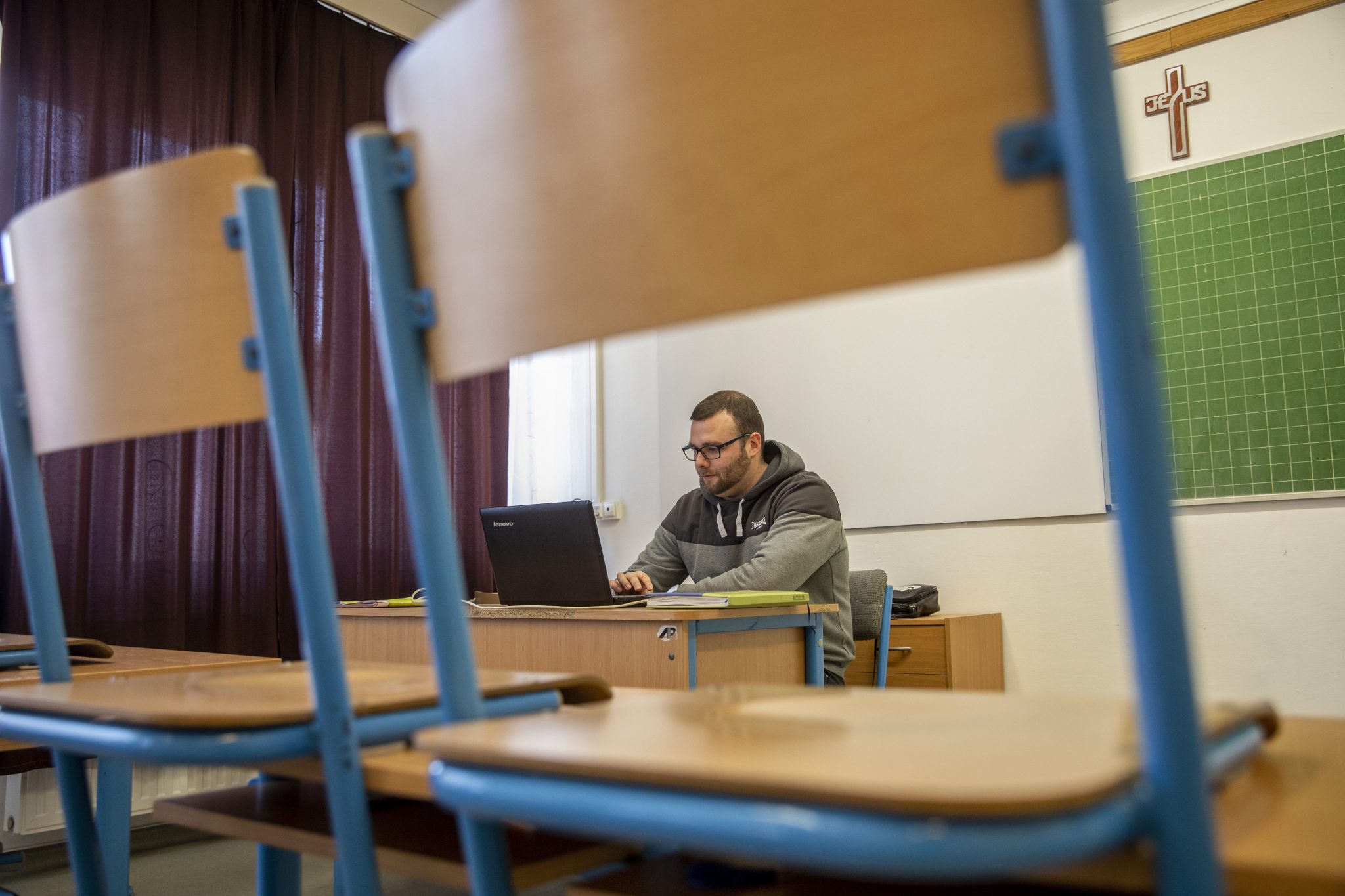 With the spread of new variants of the coronavirus in Hungary and the third wave having officially started in the country, the government is seriously considering the transition to digital education for the upcoming weeks.

Chief Medical Officer Cecília Müller said that infection data for the past few days shows a very intense and strong exponential growth and there is fear that the healthcare system will be overwhelmed.

“It is extremely important that we follow the rules of hygiene with even greater discipline in the coming weeks,”  she added.

Last week, the Democratic Trade Union of Teachers (PDSZ) asked Prime Minister Viktor Orbán in an open letter for the government to order digital teaching in all public education institutions due to the serious threat the virus causes to teachers and pupils. However, the task force indicated that this is not considered necessary for the time being, although the third wave of the epidemic is on the rise. 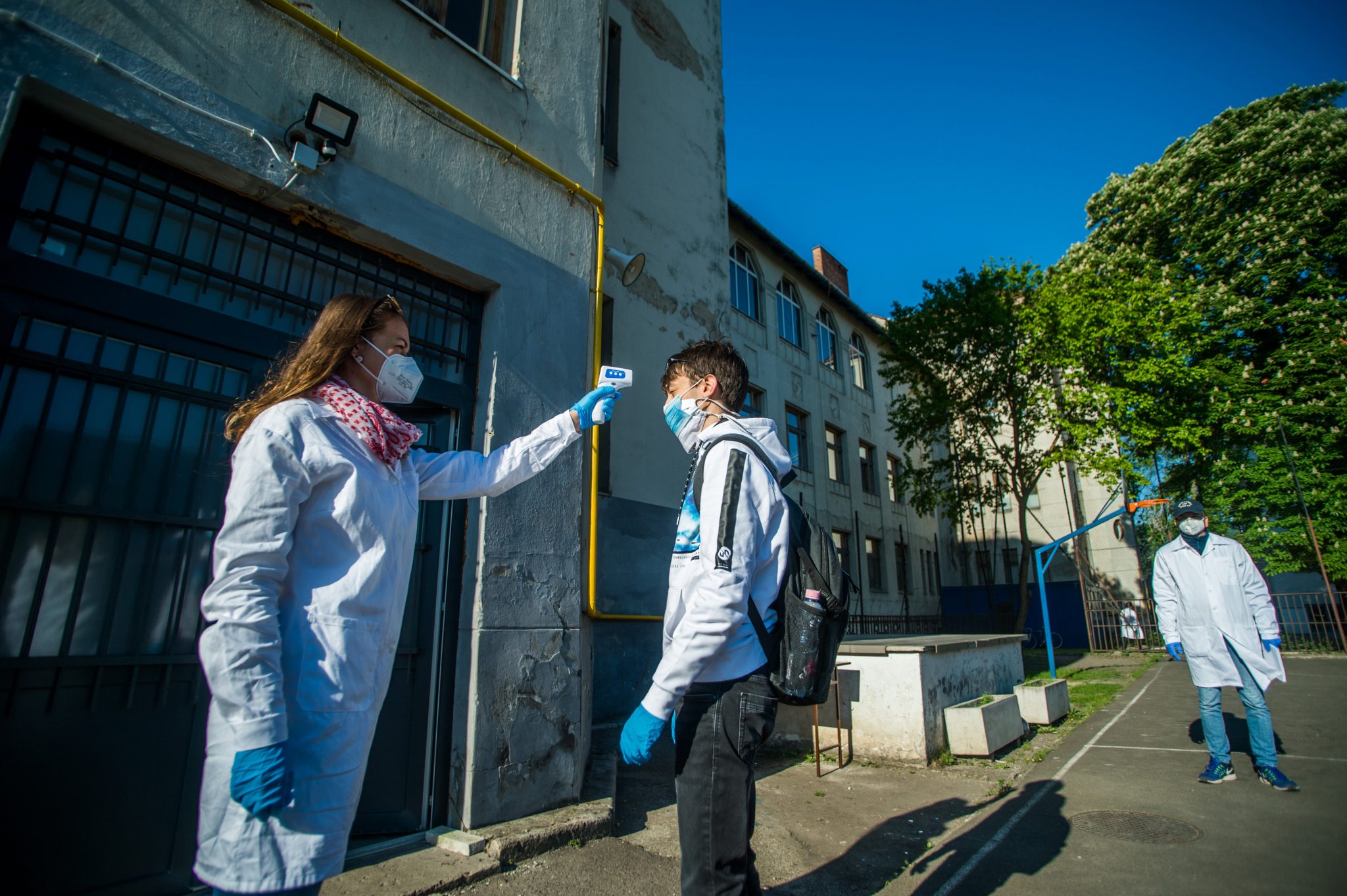 The Democratic Trade Union of Teachers (PDSZ) is asking the government to close schools as the third wave appears to be hitting educational institutions extremely hard, and the worst is yet to come. Another trade union thinks the government views teachers as “expendable” and critizes the government’s attitude. While higher and secondary education is already […]Continue reading

Digital education has been in place in secondary schools since November 11th of last year, but primary schools and kindergartens have continued to operate under the current rules of procedure ever since.

The Secretary of State for Public Education Zoltán Maruzsa, described the epidemiological measures ordered in public educational institutions on February 9th when 73 kindergartens and 115 schools were temporarily closed. Now, the Ministry of Human Resources said in a statement on Monday, that 159 kindergartens will be indefinitely closed due to the epidemic and 250 schools have been ordered to switch to digital education.

In other words, the number of kindergartens and schools forced to close has doubled in the last two weeks.

Zsuzsa Szabó, President of the Teachers’ Trade Union (PSZ) also spoke about the fact that since schools cannot decide on a possible closure or switch to digital education on their own, the long and complicated procedure only favors the further spread of the epidemic.

“If the government does not take action, parents will take control and decide to keep their children at home,” said Zsuzsa Szabó, at the same time indicating that this is not a real solution, and these issues should be regulated differently.

According to the teachers’ union, the only solution would be to close all primary schools as soon as the virus appears in an institution. With little children in this case, of course the parents should stay at home, for whom the PSZ considers it justified to pay 100 percent sick pay for the given period. This way, parents who sacrifice their work to stay home with their children don’t have to worry about financial difficulties.

“Educators need to be taken into account in the vaccination plan in advance, as their vulnerability is enormous, while a mask and some disinfectant means a protective weapon for them,” argued Szabó.

According to a survey conducted by the Democratic Trade Union of Teachers (PDSZ), 1,674 teachers revealed that 84 percent of them would get vaccinated if it was available to them; however, most of them emphasized that they would only want jabs approved by the European Medicines Agency (EMA). In other words, they are reluctant to accept either the Chinese Sinopharm or the Russian Sputnik V vaccine. In contrast, the government claimed that the willingness among teachers to vaccinate is 26 percent. Furthermore, the vast majority of responders, even some who do not want to be vaccinated, feel that educational institutions should have a place on vaccination priority lists.

In light of the claims of the teacher’s unions, the plan for the temporary closure of schools and plazas was first raised two days ago by Ágnes Galgóczi, Head of the Epidemiology Department of the National Public Health Center. According to her, current data shows that the infection is strongly spreading among children, so the possibility to consider lower-grade classes to switch to digital education for a short time is justifiable. A two week period would be enough, during which the pace of vaccinations can be seriously increased.

Miklós Kásler, the Minister of Human Resources and an oncologist by profession, also claimed: “If we consider that the maximum of epidemiological measures is 100 percent, then the measures currently in force make up 70 percent of that.”

He emphasized that the third wave has started and the British variant is spreading quickly, which we know is at least 70 percent more infectious to younger age groups as well, and the symptoms of the disease are more severe. Two to three hundred people a day are being hospitalized; moreover, the number of people being ventilated is over five hundred and rising sharply.

The rate of vaccination will reach a level that could curb the rise in several weeks. However, until then, stricter rules may be needed, said Kásler, without specifically mentioning the closure of schools.