“These chimpanzee babies watch their families die and then are sold”: Meet the Hungarian Girl Volunteering in a Chimpanzee Sanctuary

What causes a trainee with a Master’s degree in logistics from Budapest to spend six weeks in the western corner of Africa in a chimpanzee sanctuary? How did she come to choose the volunteer program and how much did it cost? And the most important, and probably the most frequently asked, question: was she able to play with the chimpanzees? Last week I met Zsófi Bernáth in a downtown café to find out the answers to these questions. As soon as she arrived – and before I even turned on my dictaphone – she began gushing about baby chimpanzees and Sierra Leone. 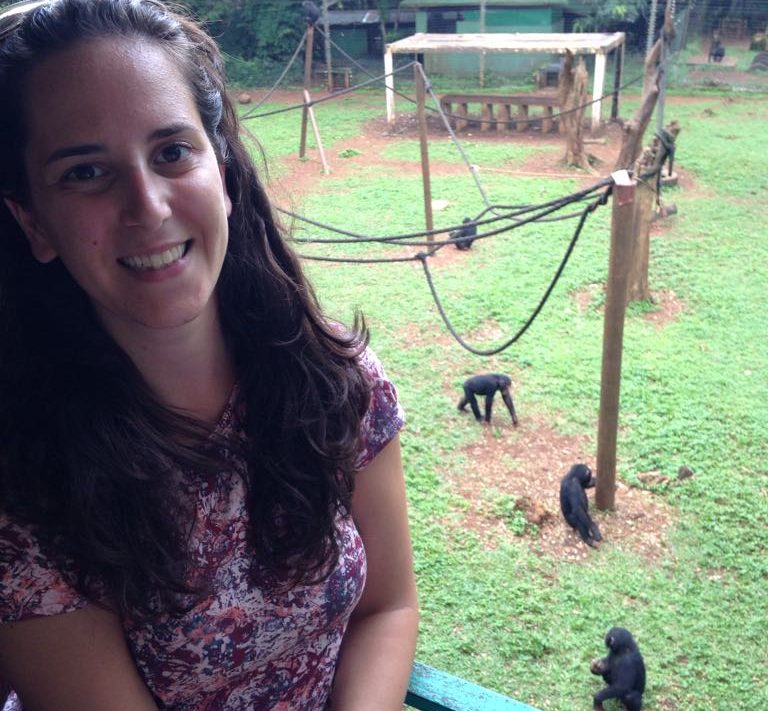 The road from Budapest to a chimpanzee sanctuary

I assumed Zsófi’s love for chimpanzees began in her childhood, but it turns out that she only started to fancy them around 3 or 4 years ago. Her mother gave her Robert Merle’s book, Le Propre de l’Homme (Majomábécé) that she received from her father as a gift, in which the protagonist adopts a chimpanzee named Chloe, raises her like a child and teaches her to communicate with sign language. That was when Zsófi realized just how intelligent chimpanzees are: “They are almost like humans, only their anatomy did not develop enough to enable them to talk.”

After reading the book, she dreamed of seeing a chimpanzee in person. However, she wasn’t prepared for just how difficult it would actually be to make that dream a reality:

I thought there were chimpanzees in every zoo, but you cannot find any in the Budapest Zoo*, so, unfortunately, I couldn’t see one here at home. I spent half of my summer of 2014 in the US and I went to the Washington Zoo. I thought there must be one there; it is one of the most famous zoos in the world, after all, but, no chimpanzee again. I tried the one in Cincinnati as well, but had no luck again. I finally got to see a chimpanzee back in Hungary, in Veszprém, and I the Zoo in Győr also has some.

Soon after, she discovered a series about volunteering in chimpanzee sanctuaries on Animal Planet and started thinking about going on a trip to help chimpanzees. Last winter, she began planning, looking for opportunities and researching countries until she finally decided it was time to talk to her boss and go on unpaid leave in the summer to realize her dream. 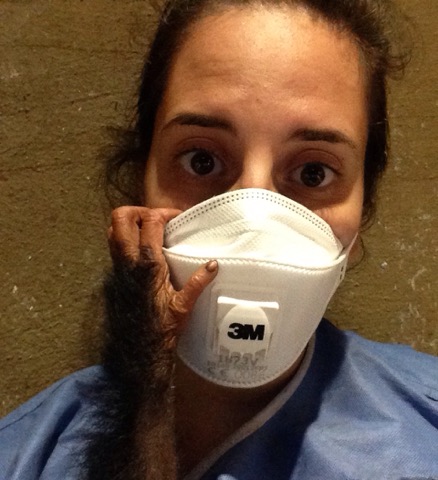 Volunteering is great, but how much does it cost and where to go?

To find the best place for her, she had to be practical: “I checked what languages they speak in the country of the Sanctuary. It’s important to speak at least one common language with the locals, so as not to get lost, as it’s a whole different culture in Africa.” She found Cameroon, which would’ve been the perfect place, but the language barrier stopped her. Since the country used to be a French colony, French is the second language of the locals. In the end, Zsófi wrote to five places, most of which were former British countries and decided to go to Tacugama Chimpanzee Sanctuary in Sierra Leone.

Nico is hoping to share Tom’s food…but is sadly disappointed! #Enrichment and #nutrition are very important for the #chimps in our care and our #team work hard to make sure they are well taken care of! Thanks Team Tacugama!! #rescue #rehabilitation #chimpanzees #volunteer #donate #support #veterinarycare #tacugama #sierraleone

Next, she concluded she would spend 6 weeks at the sanctuary. This amount of time wouldn’t cost too much for her but also would give her plenty of time with the animals. She could also decide which job she would like to do at the sanctuary, as there are currently around 50 people working for the shelter, and many different positions available. The shelter is looking to fill caretaking, game-keeping, marketing, social media, sale and outreach positions, but Zsófi has specifically asked for the ‘dirty work’. She had to go through an interview process first – including a Skype interview –, where they explained all the relevant information regarding volunteering. She spent almost all of the money she saved during the internship on the journey, but she said it was absolutely worth it:

She said Tacugama was still one of the cheapest locations she checked. Some of the places asked as much as 700,000 forints (EUR 2150) for a month from the volunteers.

Why do we need chimpanzee sanctuaries?

In Sierra Leone and many other African countries, people hunt grown chimpanzees for their meat, so they are really close to extinction now. 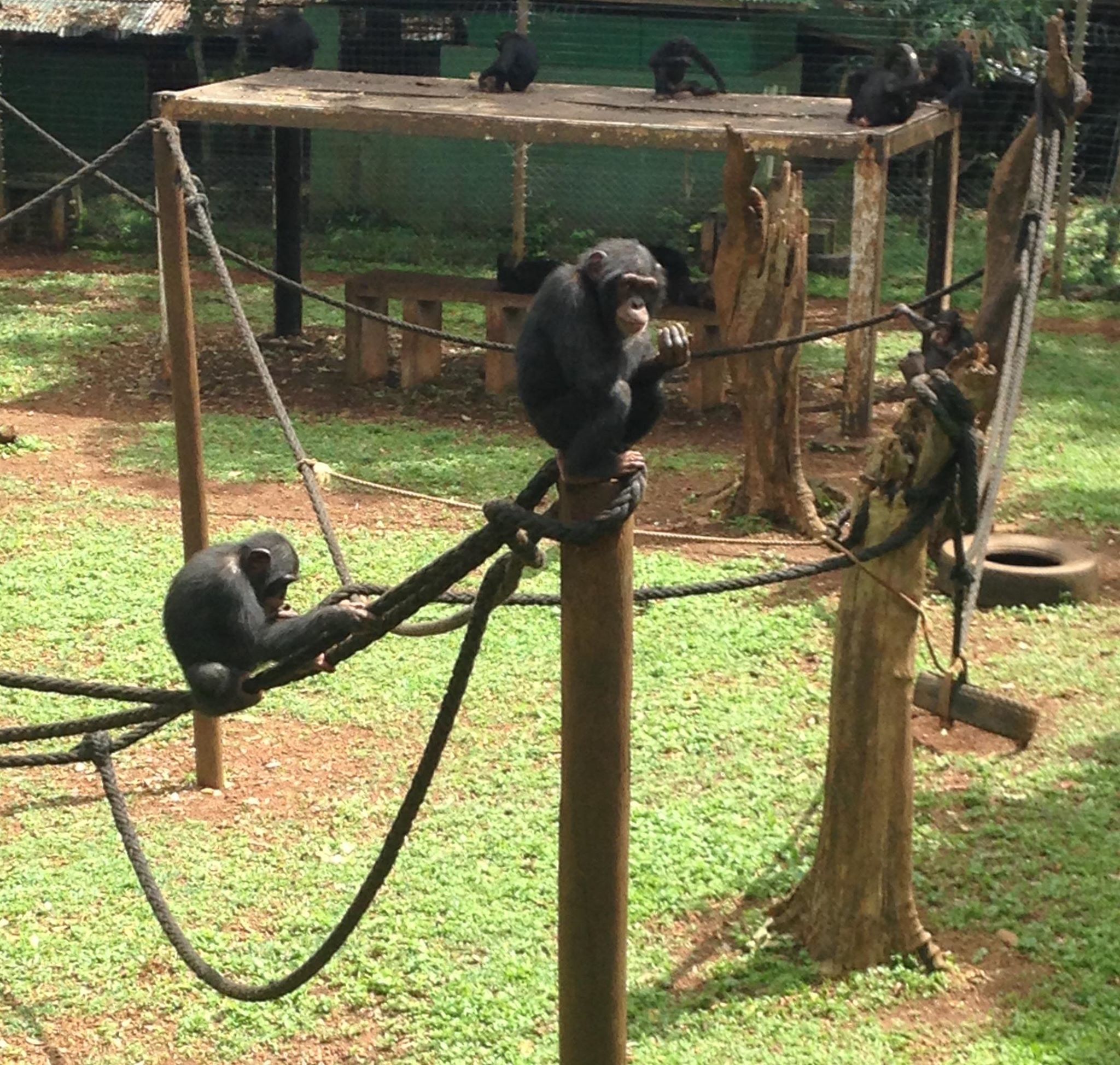 Zsófi added that the sanctuary has an outreach program which sends people to towns and villages around the country in order to educate people about chimpanzees hunted and killed as ‘bushmeat’, and try to convince them not to eat them as they are endangered. They also share how important these animals are in the natural cycle, as the seeds they drop grow into plants that people need in their diet.

Also, a lot of people think it’s a good idea to keep young chimpanzees at home, dress them like human babies and raise them. You often see it on television (like on the German series Charlie) but it’s not as easy as it may seem. Yes, the babies are cute, but they are still wild animals. It is hard to control them, and most of the time they end up in chains for years. The worst example for this was the case of a chimpanzee, Tom, who was rescued after twenty years. He couldn’t move, didn’t have access to the sun, and of course, this resulted in him being afraid of and angry at humans and other animals. But perhaps it’s the lesser of two evils. Sometimes after slaughtering a whole troop, they sell the babies on the black market. Just imagine, these small infant chimpanzees, which feel emotions similar to human babies, watch their whole family die and then are immediately sold. Many end up in chains, destined for a cruel existence of performing for tourists. Oftentimes, this entertainment includes forcing the animals to smoke in hotel lobbies.

Zsófi said that her co-workers at the sanctuary included rangers/game-keepers, who had the right to immediately remove the animals from private homes and bring them to the sanctuary. 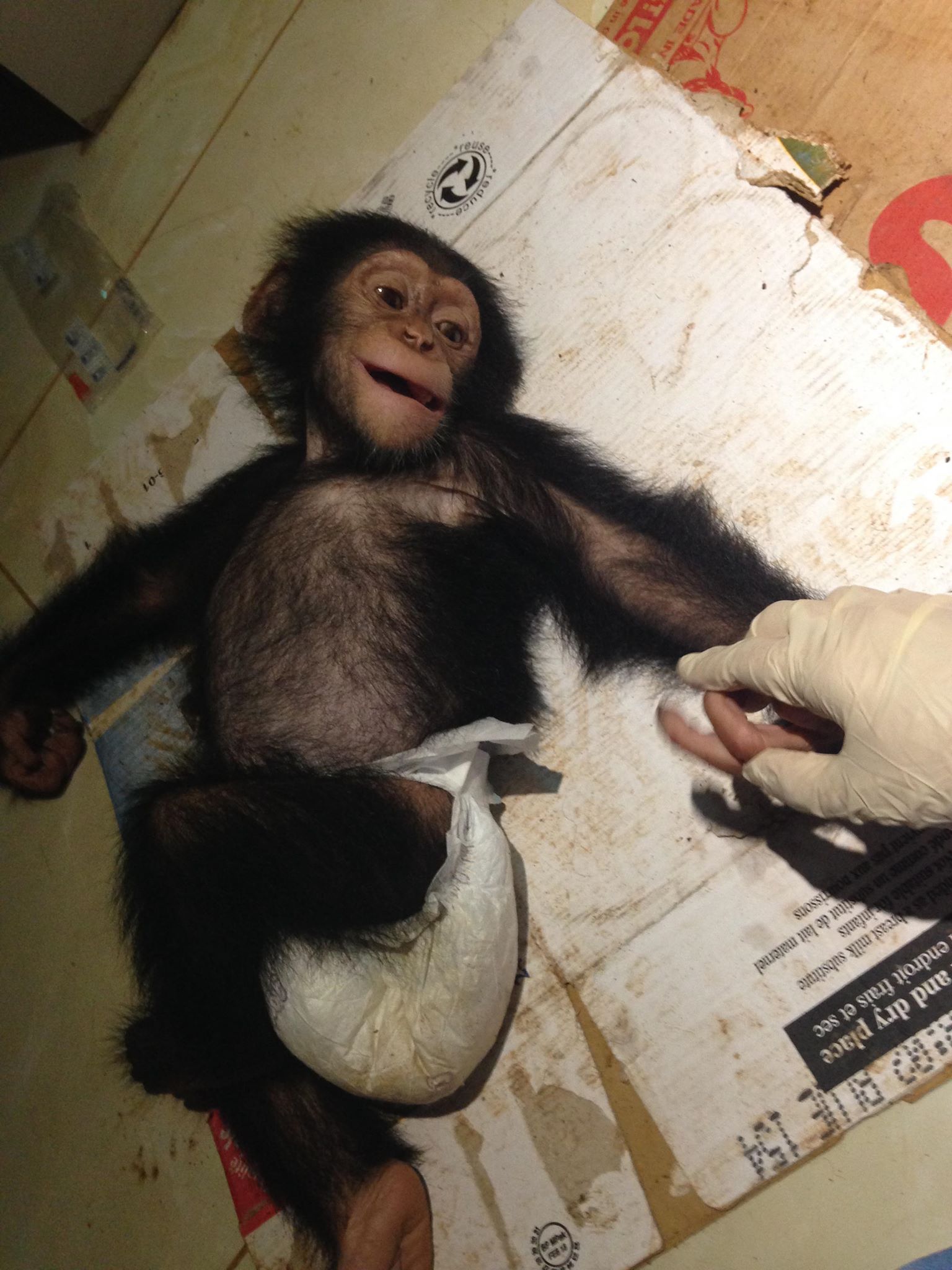 Monro, one of the four chimpanzee babies that were rescued during Zsófi’s stay (photo: Zsófi Bernáth / Hungary Today)

The first thing I have to note – and they did warn me about this during the interview process– is that volunteers at and visitors to the sanctuary can’t have direct contact with the chimpanzees. To even see the babies, I had to go through a quarantine period. The grown chimpanzees are, obviously, wild animals and it is dangerous to contact them directly. They are around 5-times stronger and are able to rip off our arms or even kill us. I was kind of afraid whenever I went through their place at night. The owner of Tacugama said that once around 20 chimpanzees escaped and they even killed a men while on the run. Although most of them returned, three of them are still in the surrounding forrests, or at least, they hope they haven’t been killed. Otherwise, the chimpanzees are really nice and intelligent animals – but they can’t always behave themselves. For example, sometimes they throw small rocks at people.

Zsófi added that because she went in the rainy season, there were fewer tourists in the country, therefore, she “couldn’t see the real ‘African weather’.” In their spare time, she and other volunteers, Alex from Britain and Ben from Belgium, went to explore the countryside, the capital city Freetown and the beaches by the ocean. 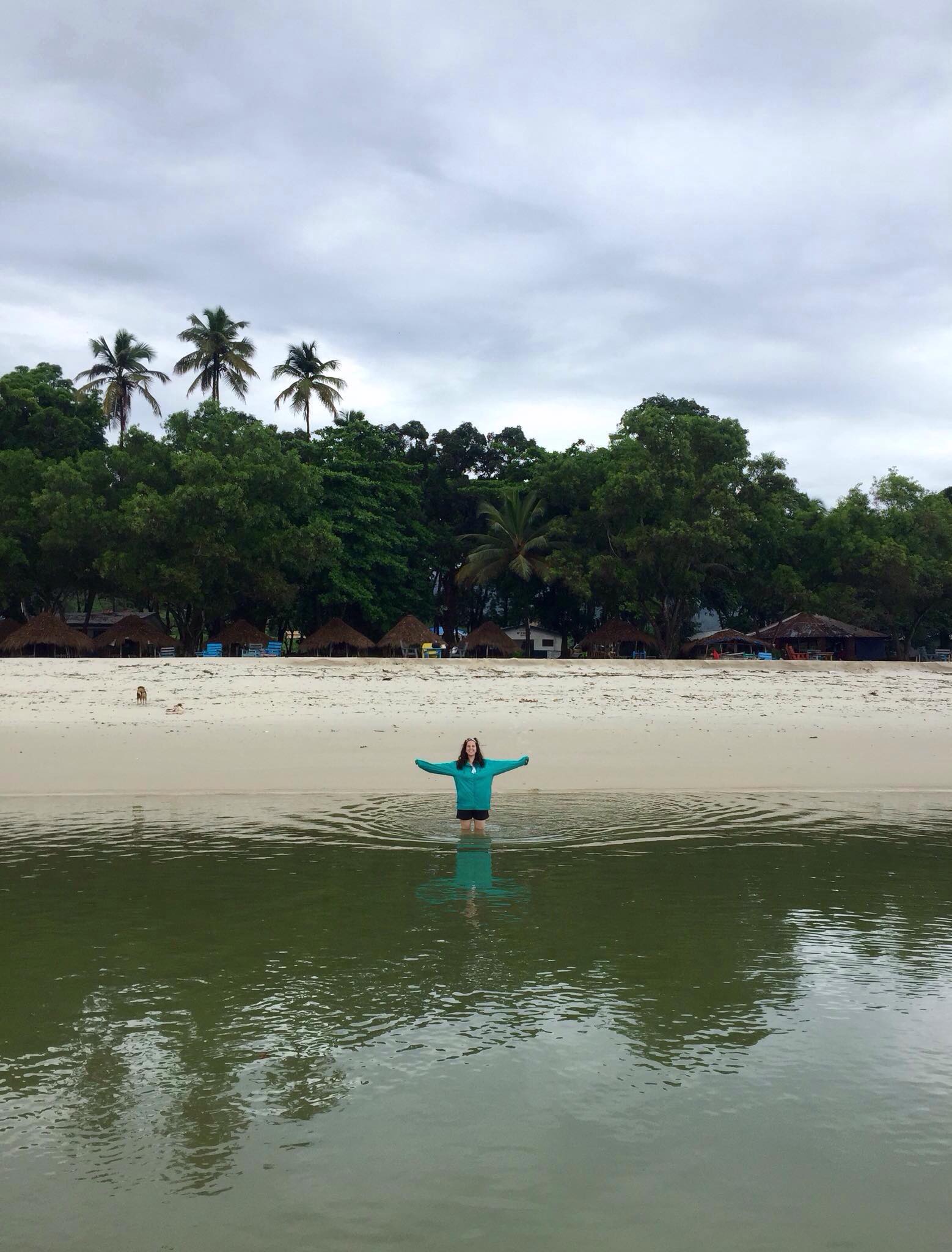 In her spare time at the ocean (photo: Alex Brown / Hungary Today)

Zsófi also talked about the culture shock. She said the weirdest difference was the transportation and the roads – or lack thereof. In Freetown, she only saw one traffic light, which may very well be the only one in the country. She also had some difficulties because the locals had very strong accents, but she said that everyone was really helpful and did everything they could for the tourists. Not surprisingly, as only 16 years ago the country was still in a more than decade-long civil war, and they are desperately trying to rebuild their tourism industry. 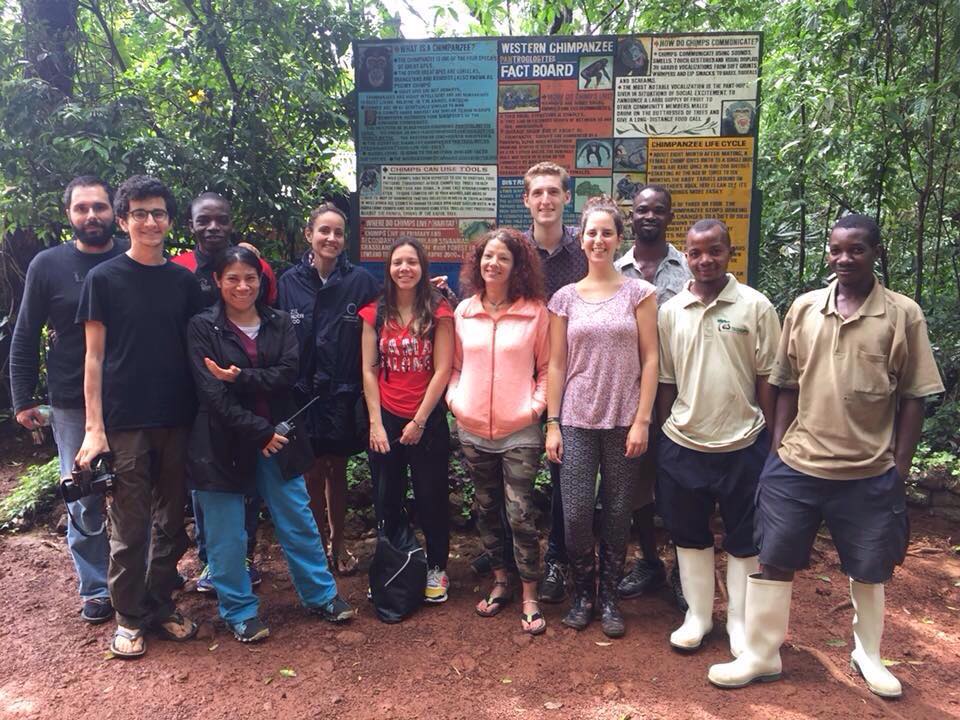 Today, on 25 September, sanctuaries around the world in Africa, Asia and North America – including Tacugama Chimpanzee Sanctuary in Sierra Leone – are organizing a global day of giving in support of more than 30 qualified sanctuaries and rescue centers providing rehabilitation or long-term care for apes. 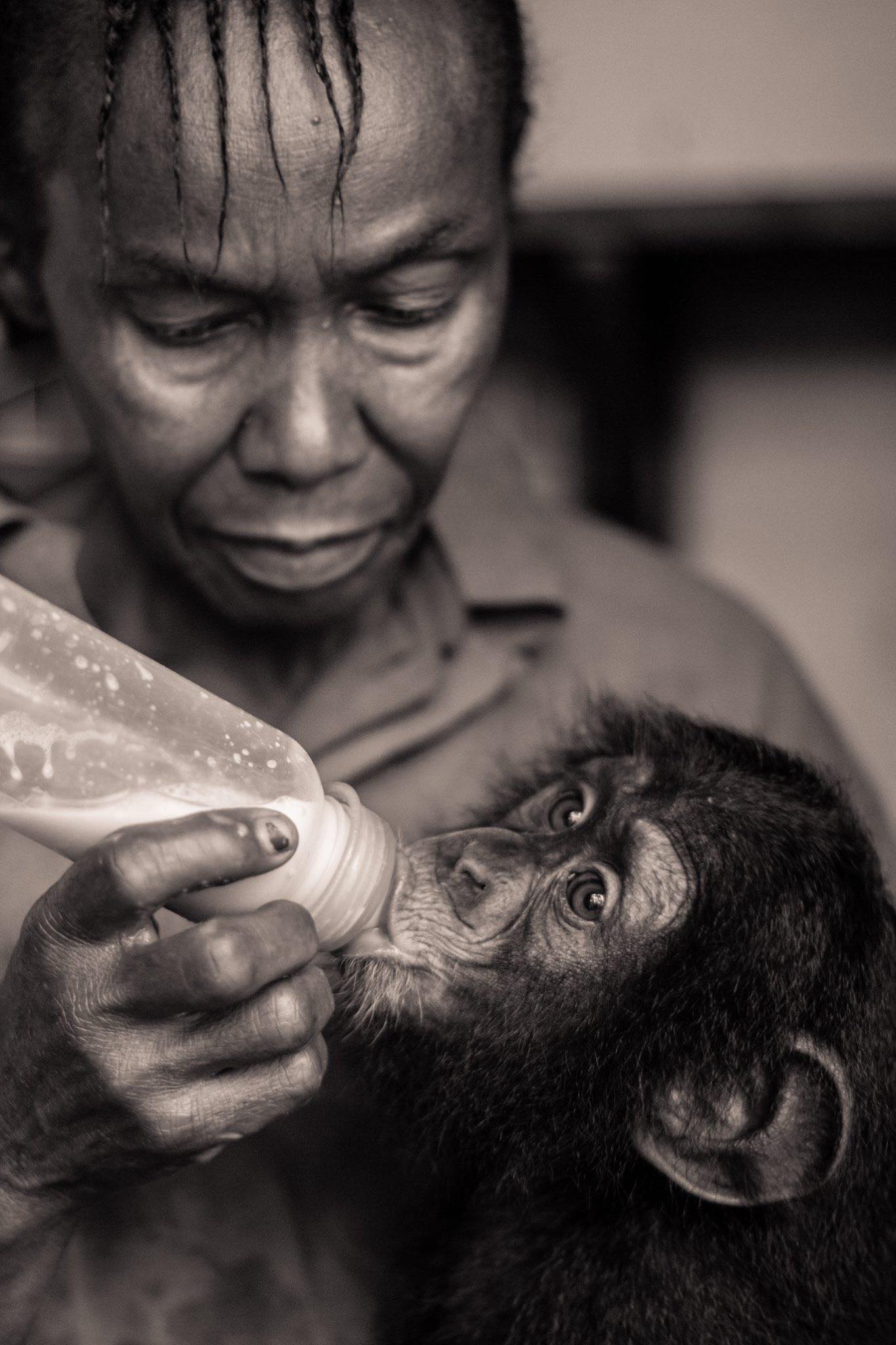 *However, they will acquire a chimpanzee in 2019. 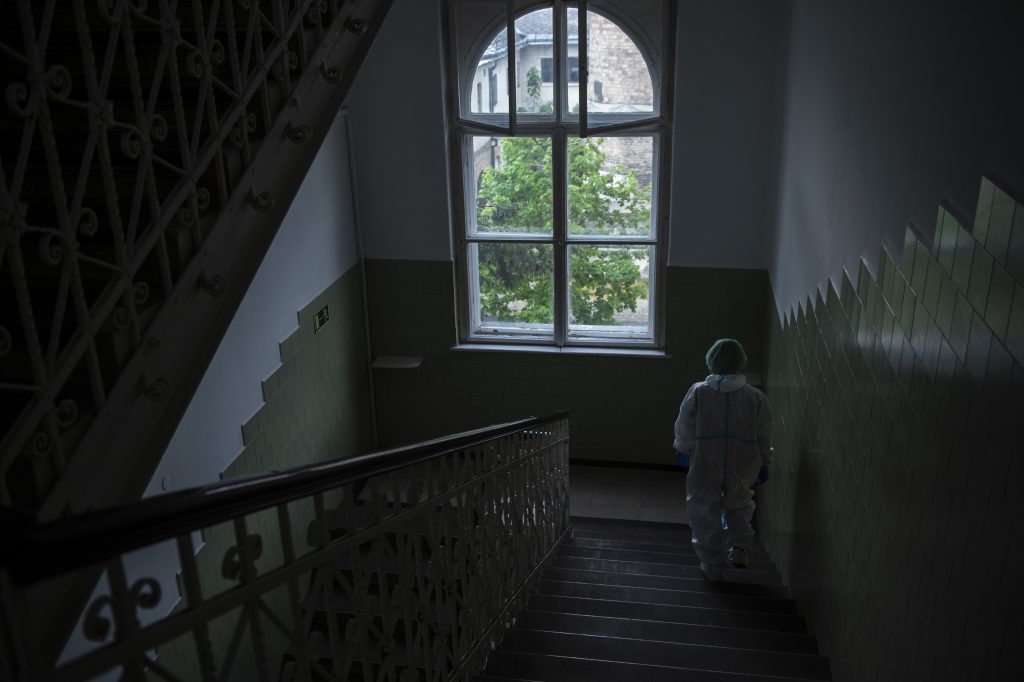 Despite Healthcare Being Under-staffed, Gov’t-critical Professionals Not Welcome to Volunteer

While the coronavirus pandemic is raging at full power in Hungary and healthcare needs all available manpower, opposition politicians and government-critical professionals who applied to volunteer are still waiting to be called up. Many of them suspect political reasons behind the situation. The number of hospitalized coronavirus patients is still on the rise, and due […]
Ábrahám Vass 2021.04.01. 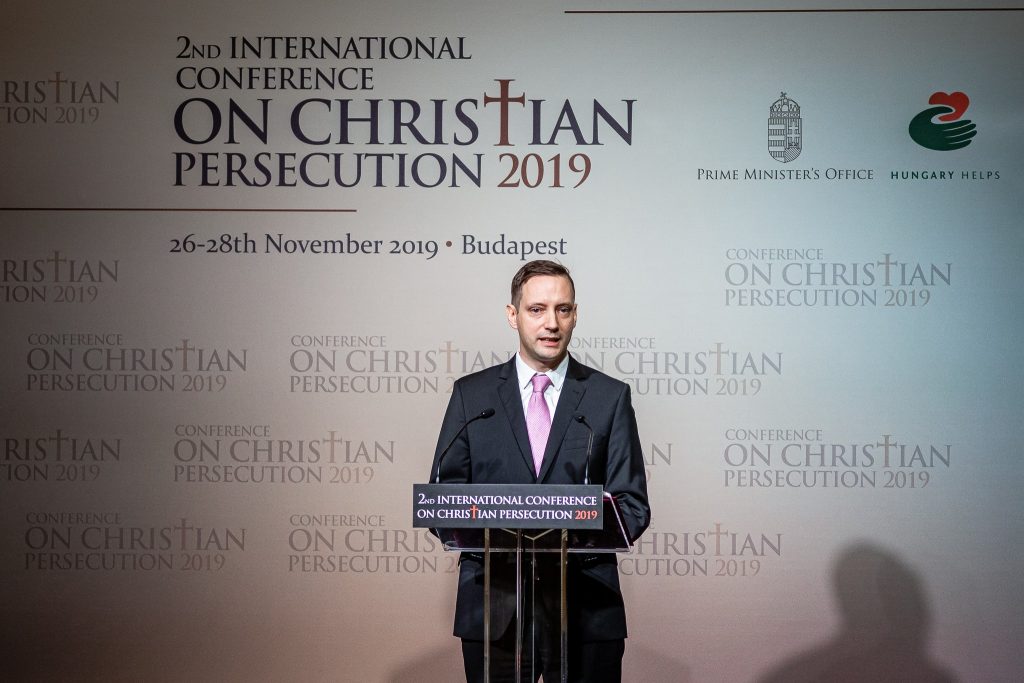 The government’s Hungary Helps aid programme has so far provided support to more than 100,000 people around the world and is now calling for volunteers, a government official told public broadcaster Kossuth Radio on Sunday. The government launched its international aid programme in early 2017 with aiming to help persecuted Christians, Tristan Azbej, the state […]
MTI-Hungary Today 2020.12.28.