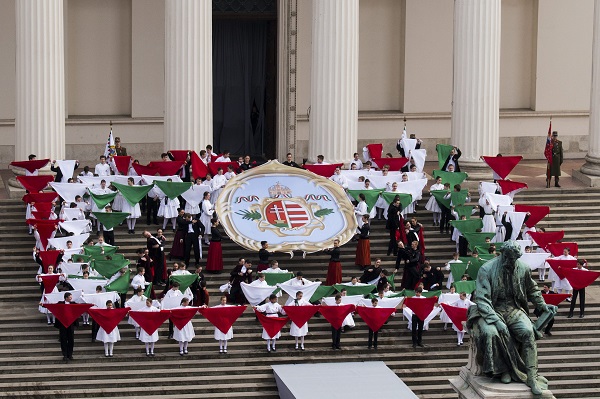 Freedom of the press, equality before the law and the abolishment of censorship were among the 12 points demanded by the Hungarian revolutionaries on March 15, 1848. The revolution in Hungary began on this very day with nonviolent protests in Pest and Buda. However, what began as nonviolent mass demonstrations quickly developed into a war for independence against the hegemony of the Austrian Habsburgs. Below, you can see the locations vital to the Hungarian revolution.

(This article was originally published by our sister site, Ungarn Heute.)

In March of 1848, in Café Pilvax, the revolutionaries discussed and formulated their 12-point demand with leader and poet, Sándor Petőfi.

Ferenc Privorszky opened Pilvax in 1838 on Úri Street under the name Café Renaissance. The establishment soon became a popular meeting point for students and lawyers. In 1842, Károly Pillvax, one of Privorszky’s employees, became the manager of the coffee house. He renovated the building and painted portraits of famous Hungarians to hang inside the house. From 1844, it operated as a real political-literary and cultural coffee house. The greatest writers of the time – Sándor Petőfi and Mór Jókai, among others – often met there. Some spent so much time in Pilvax that even their mail was even sent there. 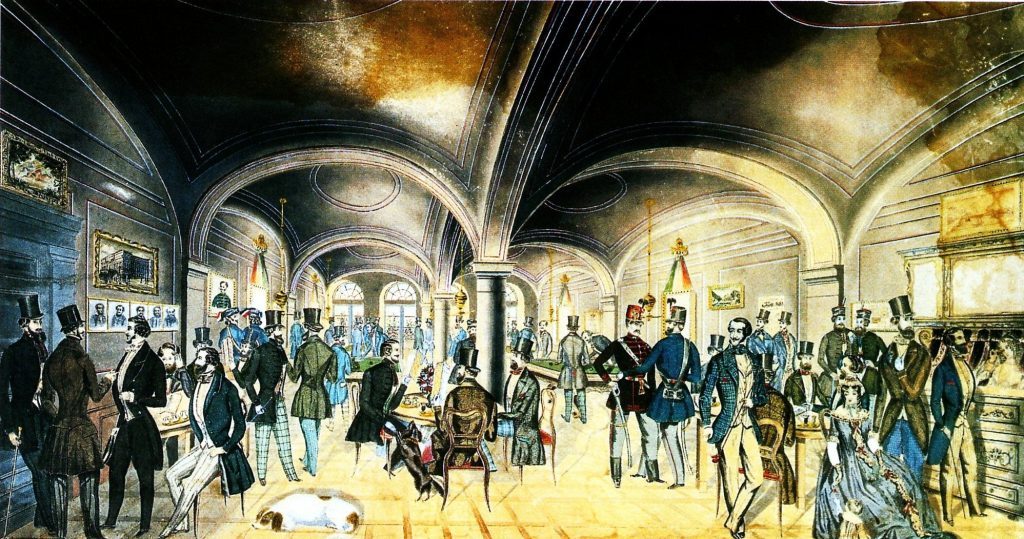 Today, there is only one plaque commemorating the former café: 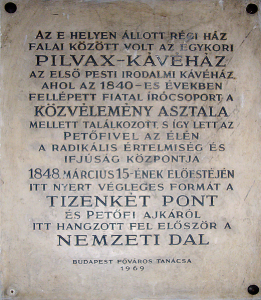 The Hungarian Revolution of 1848 began in Landerer & Heckenast’s print shop as the National Song written by Sándor Petőfi (Hungarian: Nemzeti dal) and the twelve points were both printed there. After the suppression of the revolution on August 11, 1849, the print shop was shut down for printing the so-called “Revolutionary Money.” Many employees had to answer in court, and due to printing the banknotes, Ludwig Landerer was forced to hide from the authorities.

The German-born Landerer family was one of the most important families in the Kingdom of Hungary during the 18th and 19th centuries. Johann Sebastian Landerer, the founder of the dynasty, emigrated to Hungary from Bavaria at the beginning of the 18th century and eventually settled in Buda. 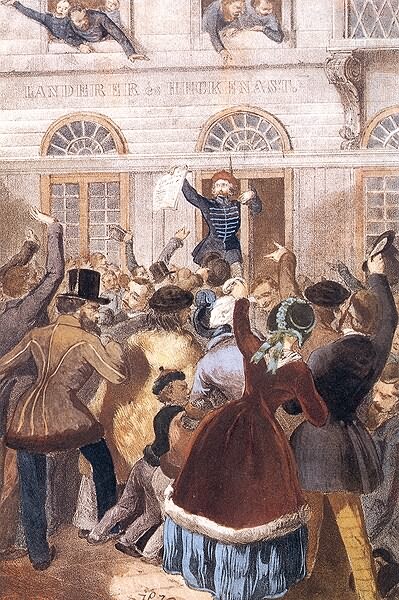 The Pesther students make the wishes of the people known. Painting by Vinzenz Katzler.

The National Museum was also crucial to the revolution. Here, the crowds gathered and flocked to the town hall of Pest. The revolutionaries announced the “time and place of the demonstration” with the help of leaflets printed at Landerer’s print shop; it was so successful that nearly 10,000 people attended and stood in front of the museum. From there, the crowd went to the town hall and then to the Castle District to rescue Mihály Táncsics from prison. 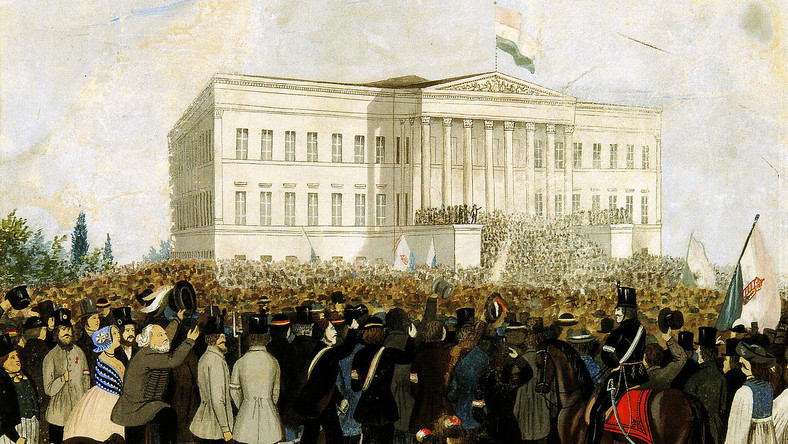 The National Museum. Photo via: wikipedia.org 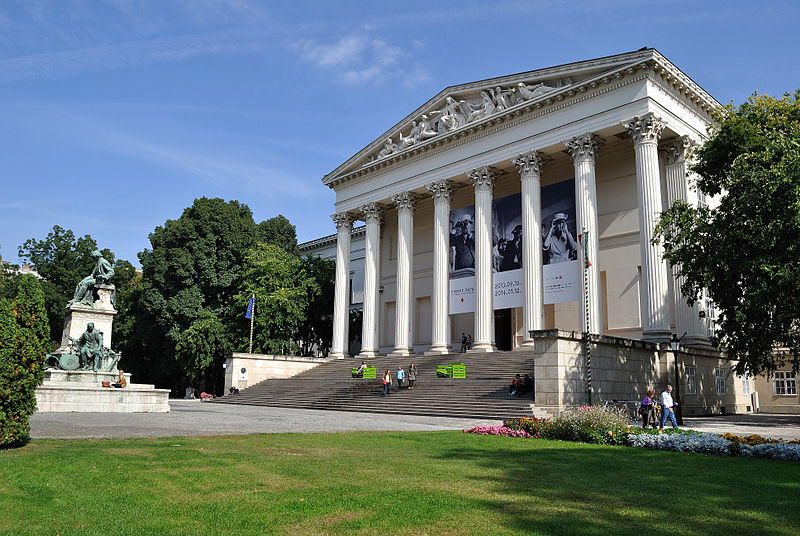 The National Museum. Photo via: wikipedia.org

After visiting the Chancellor’s Office of Buda (where the 12 points were adopted), the revolutionary crowd was equipped with torches to release teacher and journalist Mihály Táncsics, one of the first socialist politicians in Hungary. In the Buda Castle District there were no iron bars on the prisoner’s windows (Táncsics Mihály St. 9), only wooden boards. The crowd quickly demolished the boards, allowing Táncsics to slip out and hop into a horse-drawn carriage arranged for his escape. 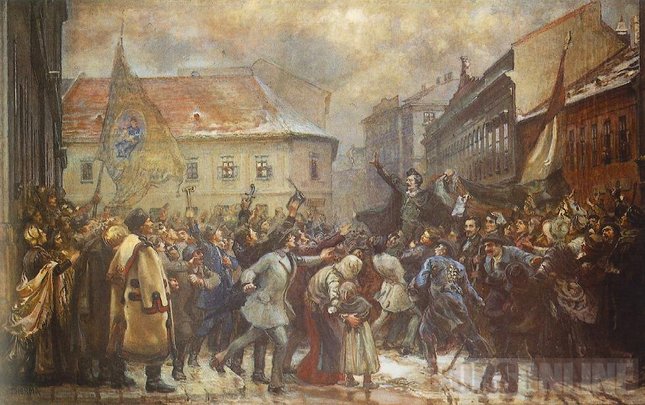 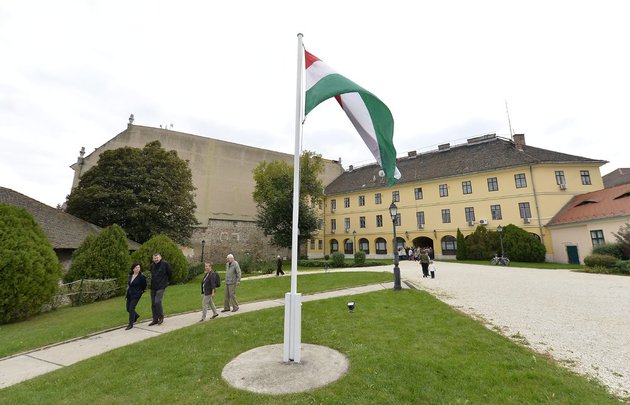 The prison of Mihály Táncsics in the Buda Castle District. 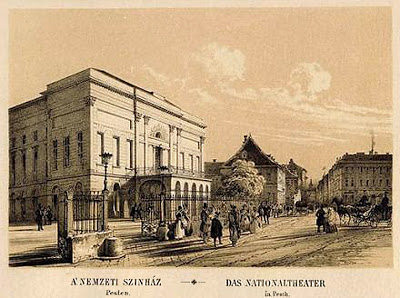 The former building of the National Theater. 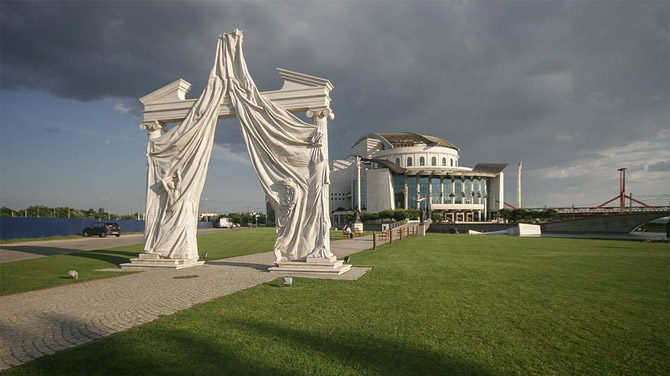 The new theater opened its doors in 2002. Photo via: Zsolt Eöri Szabó/Nemzeti Színház

On the evening of March 15, for the fifth time, the “Child of Two Mothers” was played. But it became clear that the program would need to change because of the revolution. To that end, the director ordered that “Bánk bán” by József Katona be played instead. The performance was stopped shortly after it began because the revolutionary crowd began pouring inside the theater, disrupting the show.

The new buildings on the “Szabadság Square”

The New Building (in Hungarian: Újépület) was a building complex in Budapest which occupied the entire area of today’s Szabadság tér. The New Building acted temporarily as a prison and was last used as a Royal Artillery Barracks designed for 18,000 men. 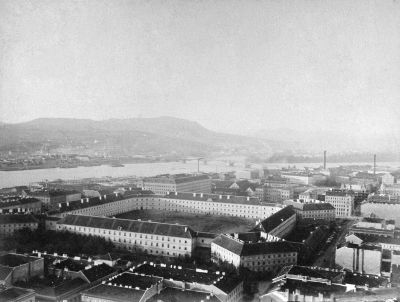 The new buildings around 1880. 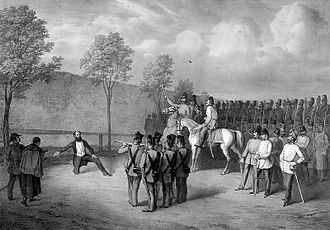 The execution of Lajos Batthyány in the courtyard of

Lajos Batthyány, the first Prime Minister of the independent Hungarian state after the Hungarian Revolution of 1848/1849, was executed on 6 October in the courtyard of the New Building.  It took place the same day as the execution of the 13 martyrs of Arad. In the north-eastern corner of the Szabadság tér (Freedom Square), the Batthyány Memorial was inaugurated in memory of the execution on 6 October 1926. The bronze lantern preserves the “Eternal Light of Batthyány” (Hungarian: Batthyány Lajos-örökmécses). 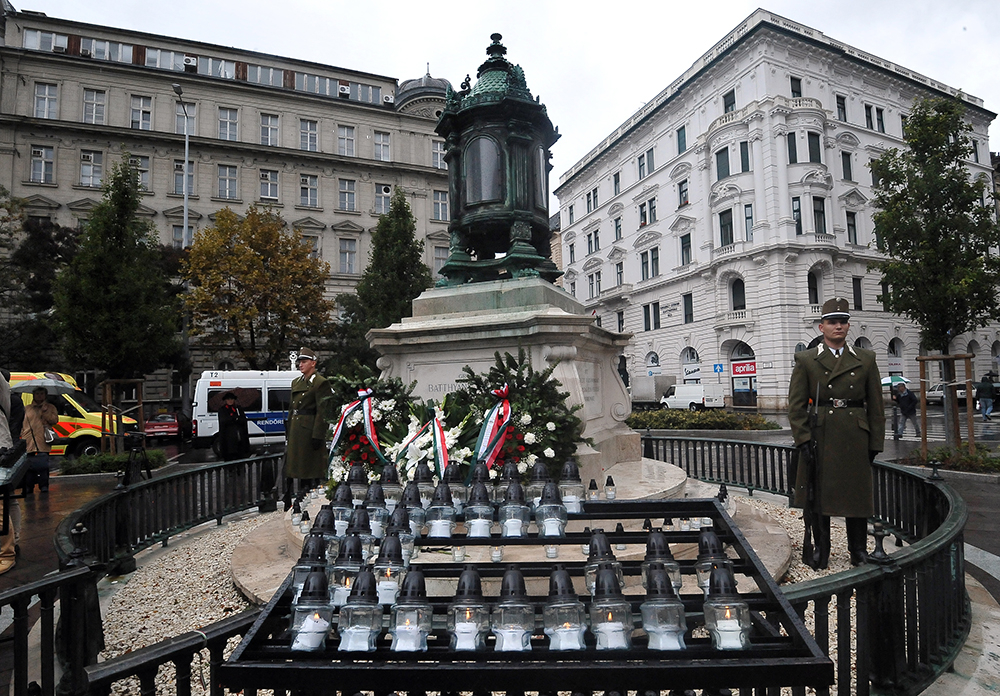