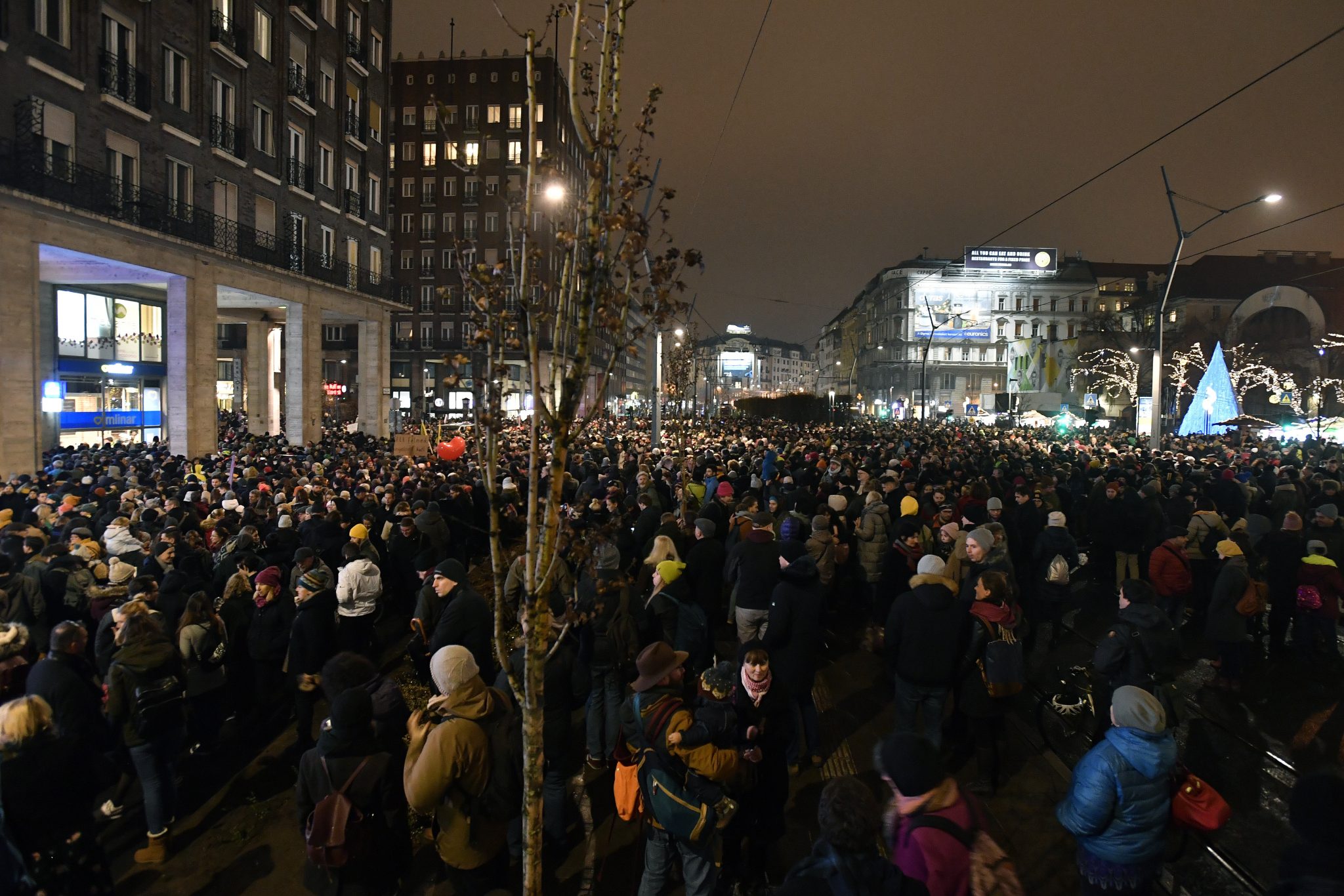 Despite the fact that yesterday, hours before the demonstration it was revealed that the government would soften up the new culture bill, several thousand people, including countless actors, took part in the demonstration, organised by Katona József and Örkény Theatres.

Addressing the crowd that completely filled Madách Square and even spread out to the Small Boulevard, Tamás Jordán, director of the Weöres Sándor Theatre in Szombathely in western Hungary, said: “every Hungarian who has a clear conscience” must take a stand against the culture bill. He also criticized the government for failing to consult and negotiate with the theaters and professional organizations beforehand.

Director Béla Pintér revealed that after he found out that the government softened up the bill, he decided to rewrite his originally “sad and angry” speech by turning the exclamation marks into question marks. “Won’t you stab us in the heart then?” he asked.

In an interview at the demonstration, actor Ervin Nagy fiercely criticized Fidesz parliamentary group leader Máté Kocsis’ use of the phrase “harassment theaters” which he views as a generalization of the whole theatrical society because of one case. He sees it as a “deep insult” and a “rat-like maneuver.”

Budapest mayor Gergely Karácsony was also present at the rally. In his speech at the end of the rally, he argued that the stage and theater culture as a whole belongs to the artists and the audience, not politicians. “When we defend the freedom of theaters, we’re also defending the city’s freedom,” Karácsony said. “This is our rightful act of self-defense.” 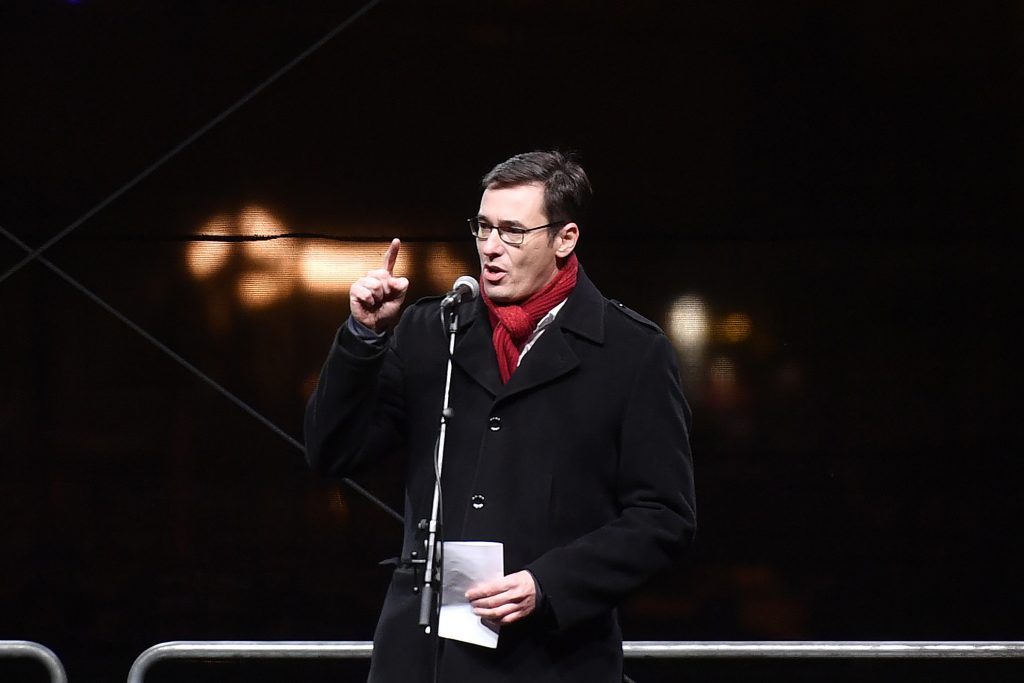 He believes that even if the bill passes parliament, it still will be a “dictate” rather than a law. And a dictate must be opposed everywhere in the country.” He recalled that ten years ago, the government had been preparing legislation for the performers for two years or more; but what was then two years, today only two days, he said. He claimed the bill was the ruling alliance’s attempt at revenge for “losing Budapest” in October’s municipal elections. But “the capital will protect its theatres, artists, and its freedom,” he concluded.

Meanwhile, Péter Gothár - whose sexual harassment case highlighted the need for a move according to the government - was dismissed from his duties by the University of Theater and Film Art.

In comparison to what had been leaked last week, the current form of the bill is indeed a “softened version” lacking the most debated points. The “original version,” for example, included that directors of theaters, which are run by the municipal government but supported by government funds, could only be appointed with ministerial approval, and the subsidies of independent theaters would cease.

In the current form, local councils will still be free to decide whether or not they want to operate their own theaters, the Ministry of Human Resources (EMMI) emphasized in a statement. If they choose to run a theatre, they will also have to determine whether it should be entirely locally funded or operated under a mixed funding scheme involving both the state and the local council, it added.

EMMI insists that the new culture bill before parliament will create “crystal clear and predictable” conditions around the funding and operation of theatres.

Many figures of the theatrical life are, however, still concerned about the bill and what would it mean for them since local governments lack funds. As of now, most theaters need state support.

The National Assembly will deal with the legislation within an exceptional procedure, and the Parliament will vote on it on Wednesday, two days after the draft was submitted.