The Visegrád Group and the Question of European Christian Identity Today

Owing to social and political (and of course cultural and economic) developments in the 19th and 20th centuries, the roots of which some thinkers put as far as the Enlightenment or even the Renaissance, European societies have become strongly secularized. Eastern- and Central-European communist regimes based on combatant anti-religious Marxism, as well as Western-European liberal democracies with strong welfare systems, have both played an important role in this process. As a result, religiousness has largely declined, and the proportion of churchgoers has dropped below 30 % on the Continent.

Viktor Orbán, the Hungarian Prime Minister who opposes several aspects of mainstream policies in the European Union, together with other leaders of the Visegrád Group countries (Slovakia, the Czech Republic, Poland, and Hungary) tend to refer more and more frequently to the Judeo-Christian heritage of Europe. In the media of these countries, the decline of Europe and the necessity of saving “Christian values” are recurring topics.

Orbán Meets with New Polish PM, Talks Migration and ‘Defending’ Against “a Post-Christian or Post-National Era” in Hungary

Studying the case thoroughly, we can conclude that these worries apply to tendencies which can be perceived both in the welfare states in the West of Europe and the post-socialist Central- and East-European states. The correlation between the prevalence of Christianity in a certain country and the geographical position of that particular country is not quite obvious. In Western-Europe, there are examples of relatively strongly religious and characteristically non-religious societies as well, and similarly, in Central-Europe we can find countries where a strong Christian tradition is fairly common, but also ones that can be regarded as massively secularized. 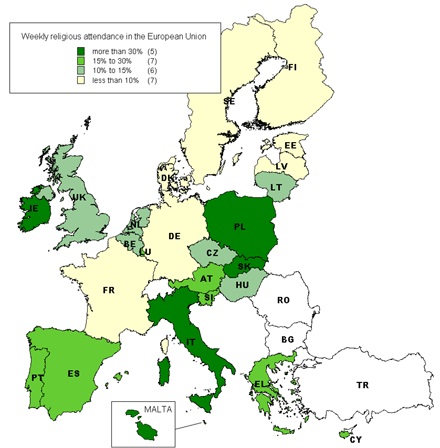 In South-European states like Malta, Italy, Spain, Portugal and Greece, weekly church attendance is at around 30% or a bit less. On the contrary, in Scandinavia the same figure is just 3%, in France and Britain, both highly secularized, it is 10%, in Germany 18% and in Austria 20%. Central-Europe, where European Christian heritage receives a great deal of political emphasis, is home to the two most religious member states, Poland and Romania. In Poland, 60% of the population claims to attend masses weekly. By comparison, in the Baltic states and in the Czech Republic just 3% of people go to church every week, just like in Scandinavia. Hungary can’t be regarded as too religious either, as the relevant figure here is 10%.

So, is the Hungarian Prime Minister right when in some speeches of his he claims that Central-Europe represents and defends Christian culture more than Western-Europe? (Southern-Europe is usually completely neglected in this formulation). It is difficult to declare that Central Europe is more religious than Western-Europe (especially if the South is included in this grouping) based on the figures above.

However, it’s not surprising that Viktor Orbán, who may sometimes appear as a bull in a china shop in European politics, but who can word his ideas in a very subtle way if necessary, uses the term ’Christian culture’. This term can imply a broader approach which may enable us to understand traditionalism in European societies in a more complex way. Traditionalism and religiousness don’t always walk hand in hand as common wisdom might suggest. This is well illustrated in the issue of gay marriage. This practice enjoys massive support from the majority of people in Ireland and Malta, where church attendance is relatively high, while in Central-Europe it hasn’t been enacted anywhere, not even in countries where church attendance is law. The future will show whether growing anti-migration sentiment in Central-Europe and in some other areas on the continent signals a sort of traditionalism or reactionism gaining ground, or whether this will be just one more lost battle in the tug-of-war between progressive and reactionary tendencies on the continent.

Images via gallup.com and Wikimedia Commons 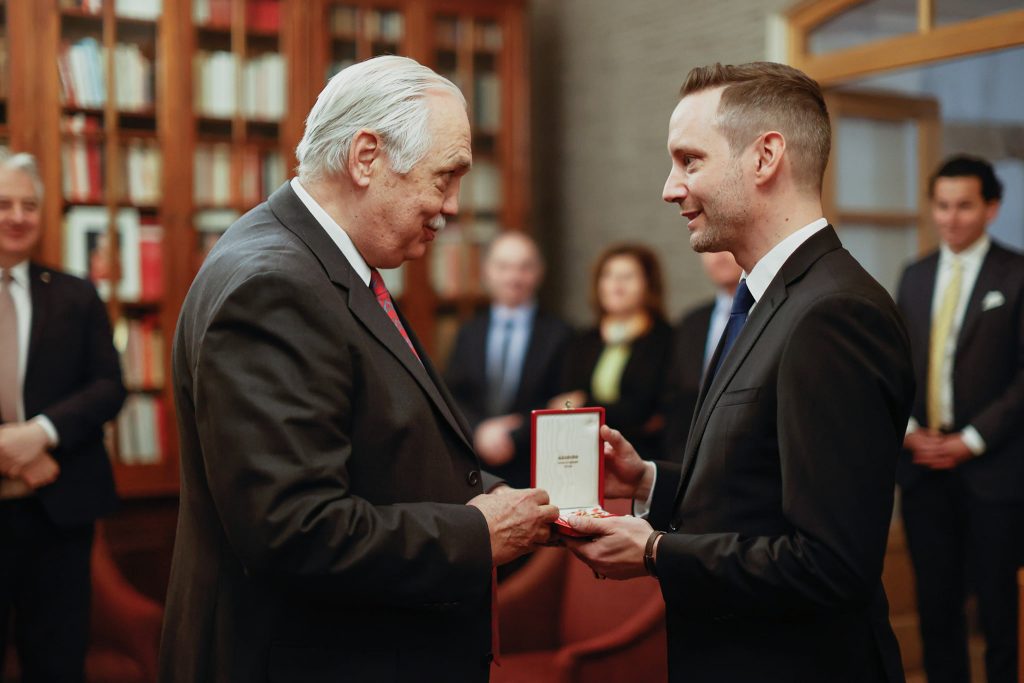 The Sovereign Order of Malta has decorated Tristan Azbej, state secretary in charge of assistance to persecuted Christians and the Hungary Helps programme, with the Pro Merito Melitensi order, commander’s cross, the embassy of the Maltese order told MTI on Friday. The honour is given to persons recognised for their efforts to protect the Christian […]
MTI-Hungary Today 2022.01.22. 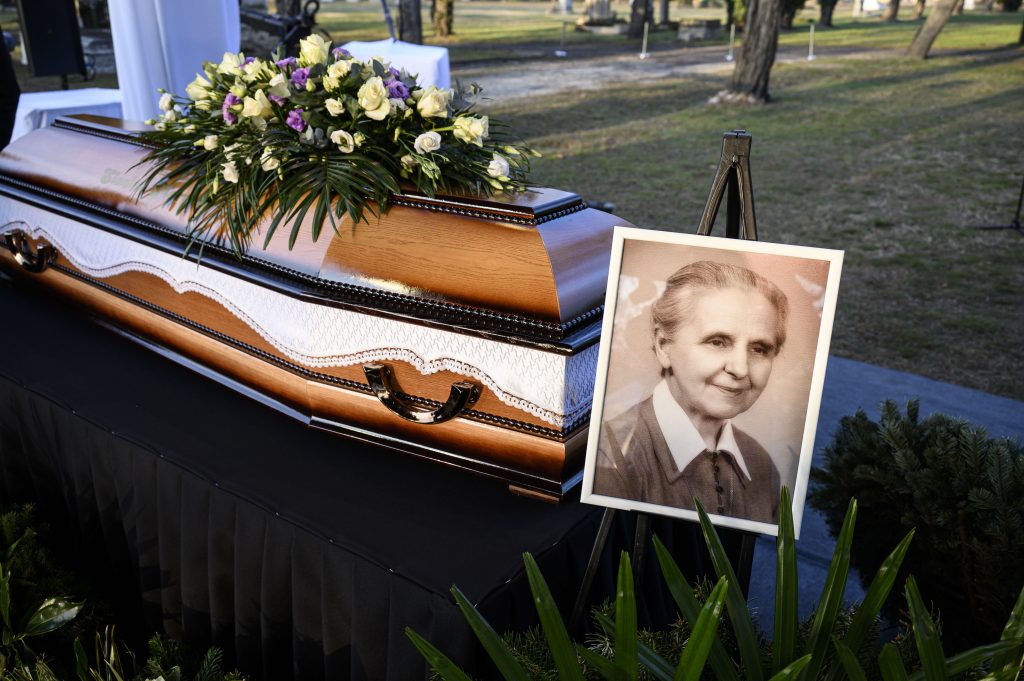 Catholic nun, Margit Slachta, the first female member of the Hungarian parliament who rescued Jews in World War II and who later died in the United States in 1974, was reburied in Budapest’s Fiume Street cemetery on Tuesday. Slachta was born in Kassa (Košice) in 1884. In 1920 she became the first woman to be […]
Hungary Today 2021.12.08.