Apart from certain important cities, the country remained orange in general, while in Budapest, the joint opposition scored a much-awaited and in certain districts, a very surprising victory. Analysts agree this might bring a new era in domestic politics.

No pollster predicted Gergely Karácsony’s victory. What is more, his triumph was rather straightforward, having garnered almost 47,000 votes more than incumbent mayor István Tarlós. This means an opposition mayor is taking over Budapest after nine years. Tarlós quickly congratulated Karácsony who, in return, emphasized Tarlós’ unquestionable love for Budapest.

While country-wide Fidesz’ majority is unquestionable, no one disputes the governing alliance’s straight defeat in the capital. In 2014, beside the Lord Mayoral seat, 17 districts (out of 23) went for Fidesz-KDNP or someone backed by the governing alliance; this, by now, has reduced to a mere nine districts. And while the opposition managed to take over eight districts, Fidesz hasn’t succeeded to seize even one previously ruled by the opposition.

In the 5th district, Fidesz mayor Péter Szentgyörgyvölgyi guarded his position by beating Kata Tüttő, who was previously criticized by certain people on the opposition side because of her former common-law husband, billionaire Tamás Leisztinger, who allegedly was involved in suspicious downtown property transactions.

Former Fidesz president and educational minister in the first Orbán government, Zoltán Pokorni, swept the 12th district once again, claiming one of the straightest victories of the governing alliance country-wide.

On the other hand, somewhat predictably, the opposition managed to keep the 13th district, a traditionally leftist neigborhood. Here, incumbent Socialist mayor József Tóth has been in office since 1994.

15th district and Zugló (14th), formerly lead by Karácsony, also remained at the hands of the opposition with Socialist Csaba Horváth taking over, who had earlier lost to Karácsony at the left-wing mayoral pre-selection.

Socialists will also lead Kispest (19th district), despite the recently leaked video and audio recordings that revealed one of the local opposition Socialist representatives talking about local corruption issues and holding a bag containing some kind of white powder, presumably cocaine. Besides Győr mayor Zsolt Borkai’s scandal, this was the other big hit in the campaign finish making headlines.

Two Buda districts, known to be civic ones, traditionally led by Fidesz, will now be taken over by the opposition. In the 1st district, that includes the Castle district, Párbeszéd’s Márta Váradiné Naszályi narrowly beat Gábor Tamás Nagy who headed the district since 1998 and was famous for granting cheap local government apartments and business premises to Fidesz loyals.

Similarly surprising is Socialist Gergely Örsi’s win in the 2nd district, beating Fidesz’s Zsolt Láng, who has led the district since 2006.

The 3rd district also went for the unified opposition, as MSZP’s László Kiss narrowly beat Balázs Bús who had been leading the district for 13 years. In addition, in the 11th district (Újbuda), Imre László beat Tamás Hoffmann.

On the Pest side, Fidesz local strongman and mayor until now, Zsolt Wintermantel, lost to Tibor Déri in the formerly rather left-leaning Újpest (4th district).

In the 9th district (Ferencváros), independent candidate Krisztina Baranyi beat János Bácskai, who was at the forefront of a corruption scandal regarding parking machines and tickets, as revealed by 444.hu. In addition, former Fidesz MP Attila Ughy also lost to the joint opposition candidate, Sándor Szaniszló in the 18th district.

Budapest to become an opposition stronghold?

To summarize it, the opposition candidates won the mayoral seat in 14 districts, while Fidesz secured their position in only 9. Five years ago, Fidesz candidates sat in the mayor’s chair in 20 districts and with only 3 opposition mayors. This also means that they have the majority in the capital’s general assembly.

In the featured photo: freshly elected Budapest mayor Gergely Karácsony speaking after the local elections with left-liberal politicians in the background. Photo by Márton Mónus/MTI 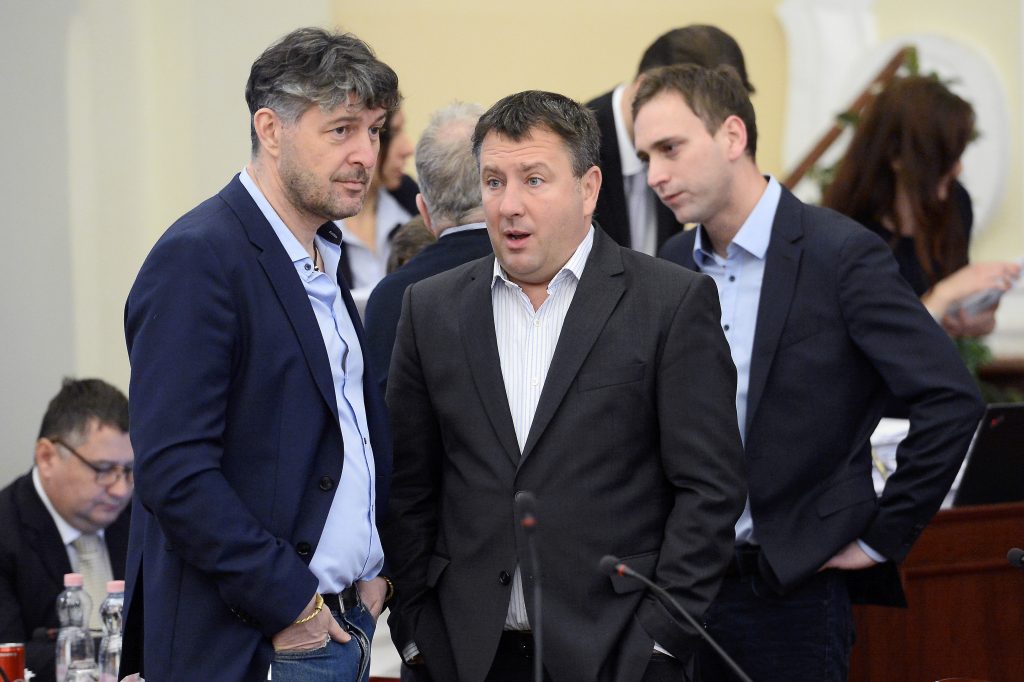 The Budapest Assembly moved to set up an investigative committee to review “suspicious” property sales of the various Fidesz-backed leaderships in the Budapest City Center. The opposition-majority committee also wants to investigate the local property dealings of György Schadl, the key figure in former deputy justice minister Pál Völner’s bribery scandal.  In the past two […]
Ábrahám Vass 2022.01.27. 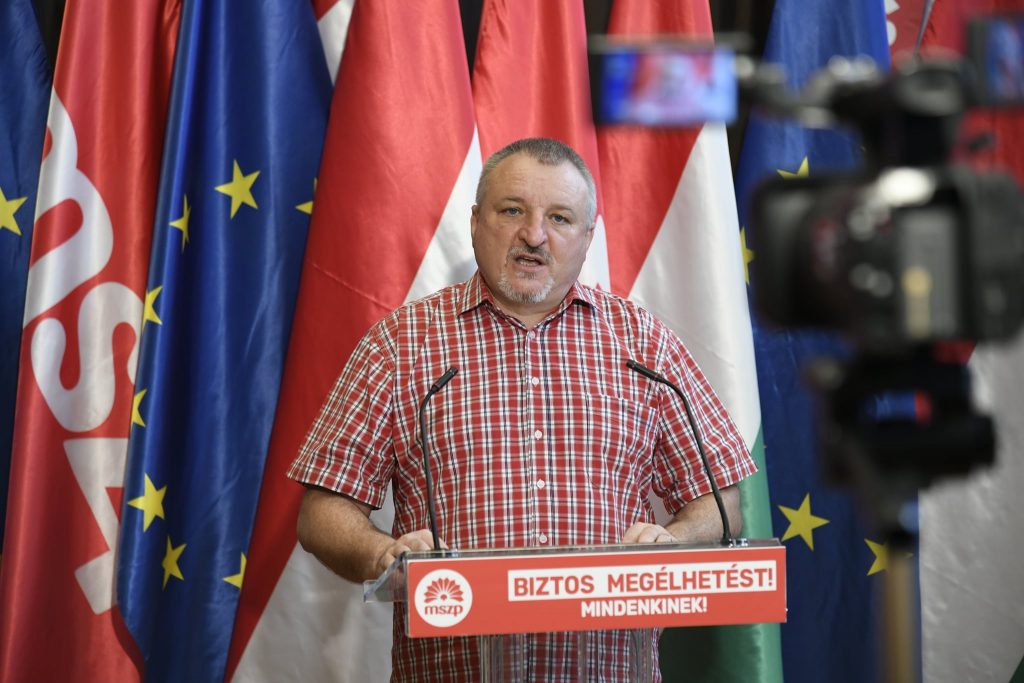 Hungary’s minimum wage earners will receive full refunds of their personal income tax payments if the united opposition wins the April 3 general election, representatives of the Socialists, Momentum and the Democratic Coalition said on Wednesday. The new government will strive to create a balance between employers and employees and protect workers by guaranteeing them […]
MTI-Hungary Today 2022.01.27.