In a lengthy article, New York Times analyzes Hungary’s economy through the Orbán government’s national workfare program (a.k.a. fostered work scheme) bringing up a small village as an example. Of the 472 residents of Siklósnagyfalu, a municipality near the southern border of Hungary, 73 participate in the program, which reportedly allows them a better quality of life even though the government’s economy policies are -in many aspects, apparently rightfully- criticised.

One of Orbán’s government most significant and symbolic measures was the implementation of the national workfare program through which menial tasks have been given to hundreds of thousands of job seekers across the country. As a result, the national unemployment rate has fallen to 3.8 percent from 11.4 percent, while in this village, there are roughly half as many jobseekers as there were before Viktor Orbán took office in 2010. Participants earn $175 which is less than half the minimum wage, but roughly double what was paid out in unemployment benefits.

Orbán and his government transformed political system, institutions and society as a whole often amid criticism of democracy advocates; according to Fidesz’ allies life has definitely improved when considering the economy. Indeed, economy indicators have ameliorated since 2010: Government debt has fallen, the country’s credit ratings have improved, the budget deficit has been roughly halved and growth has almost quadrupled. Moreover, wages have risen by more than 10 percent and though still high, deprivation has significantly fallen as well. 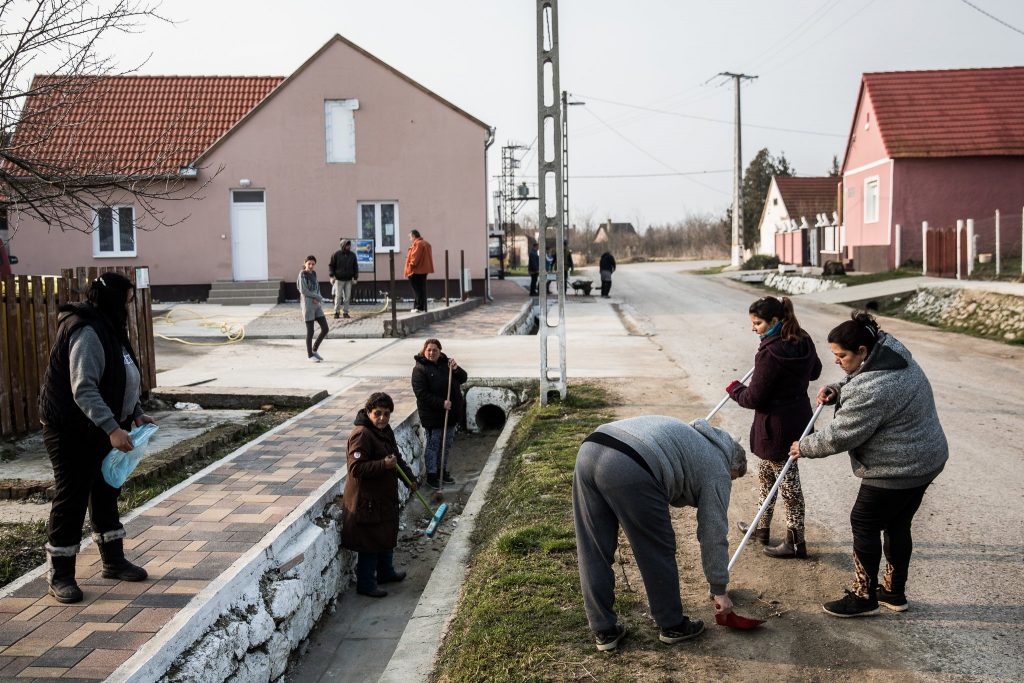 Critics argue however, that in reality the situation is far from being that ‘rosy’. For instance, Hungary has slipped to 29th place from 20th on the Euro Health Consumer Index, a comparison of European health systems and student performance in reading, math and science has worsened according to the PISA tests. In addition, according to World Bank, Hungary has become significantly more corrupt under Orbán.

Furthermore, authors note that some of Orbán and his government’s successes were due to factors beyond their control: EU’s funding Between 2009 and 2016 constituted nearly 4 percent of Hungarian GDP, one of the highest ratios in the bloc. On top of that, Europe functions as a pressure valve for the Hungarian labor market as roughly 350,000 Hungarians have found work elsewhere in the European Union. Likewise, according to István Madár, a senior analyst at a Hungarian financial journal, Portfolio,

“they had some special methods, some unorthodox measures, but the overall Hungarian government economic performance was no better than any other regional government.” 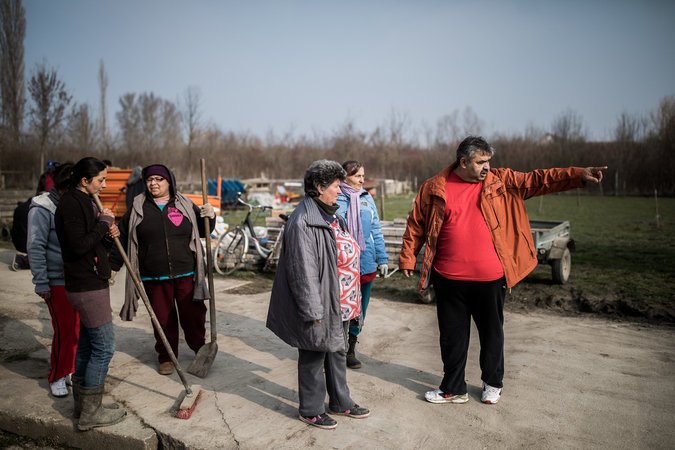 József Kosztics, right, the mayor of Siklósnagyfalu, is certain that the workfare program has improved lives. According to critics, however, the scheme makes participants more dependent on both their local mayor and on Fidesz. Photo: Ákos Stiller for NY Times.

Authors insist that the Orbán government’s success in suppressing unemployment “fades under scrutiny” as well. Most people, who are considered employed, are doing work that did not really need to be done, or are overstaffed for the job. In addition, the program makes them dependent on their local mayor, who assigns jobs and on Fidesz, who introduced the scheme.

Nevertheless, the wage participants earn ($175), reportedy allows them a better quality of life than earlier. “This little bit of money goes a long way in this village.”: fostered workers spruce up the village, renovate buildings and everyone can afford heating during winter, as the mayor puts it,

“You can say a lot of things about the workfare program, but one thing is certain, for municipalities like this one, it means survival.”