The Early Christian Necropolis of Pécs

Few people know, but one of the most important early European Christian monuments can be found in our home country. Yet the treasure located in Pécs has been a World Heritage Site since the mid-2000s, and from 2013 was even added to the list of Hungaricums.

The city of Pécs was founded by the Romans in the second century. By the fourth century, the city – known then as Sopianae – became a prosperous provincial capital and one of the most significant centers of early Christianity. The cemetery’s history can be traced back to the first century; this was the period when, thanks to its northern expansion, the Roman Empire reached today’s Transdanubia, and established the province of Pannonia. In the second and third centuries, a slow Romanization had begun of the population living there. Due to the province’s main function to protect the Empire, significant numbers of soldiers from the eastern territories were installed, giving way for early Christianity to enter the city.

The Paleo-Christian necropolis of Pécs is regarded as one of the most significant Roman provincial cemeteries. Both its architecture and incredible mural paintings are regarded as some of the most outstanding accomplishments in Europe. The cemetery’s significance is present not only in the fact that we can get an insight into the Roman Empire’s northern and western provinces’ architecture, art and burial habits, but also in its countless burial structures: brick tombs, burial structures made of stone, chapels and crypts.

The complex discovered in Pécs served mainly as the burial place of wealthy families. The two-story building’s underground region is the undercroft, the true crypt, where the deceased were placed in brick tombs or – more rarely – in sarcophagi. Over this crypt, a memorial chapel (memoria, mausoleum) was erected. The two-story buildings had a twofold task: to serve as the burial site and as the location of the burial ceremony. From outside, the memorial is reinforced by buttresses that extend into the interior of the chapel: two on the north, and two on the south side. Both opposing parts were likely connected by arches, amongst which the east is the chancel arch, that separates the sanctuary from the church nave. There is a western arc as well, that separates the central space of the church from the west, originally from where the tomb stairs opened.

The cemetery also has many important building complexes that warranted exploration, although this took several long centuries. The number I (Peter and Paul) hall was discovered in 1782 in the episcopal archives during the demolition of the Renaissance palace, and as its importance was already recognised in the 18th century, it was protected by a simple surrounding brick building which was still characteristic of the time. Thanks to the preservation of the find, it can still be visited today by the general public. Later, in the early twentieth century, archaeologist Otto Szőnyi and architect István Möller carried out significant exploratory activities on the site. They explored the Cella Trichor, that is, the three-lobed chapel and number III crypt. Their goal was to build a corridor to the already-known Peter and Paul tomb and to make the memorial visitable. Slowly, over the course of the last century, the rest of the crypt has come to light and now a total of sixteen tombs are found altogether. In 2005-2006 they completed the construction work with the Cella Septichora Visitor Center. The Early Christian Mausoleum was discovered in 1975, a protective building was prepared for it then as well, but the presentation of the complex was made possible by the results of the 2005-2006 exploration. 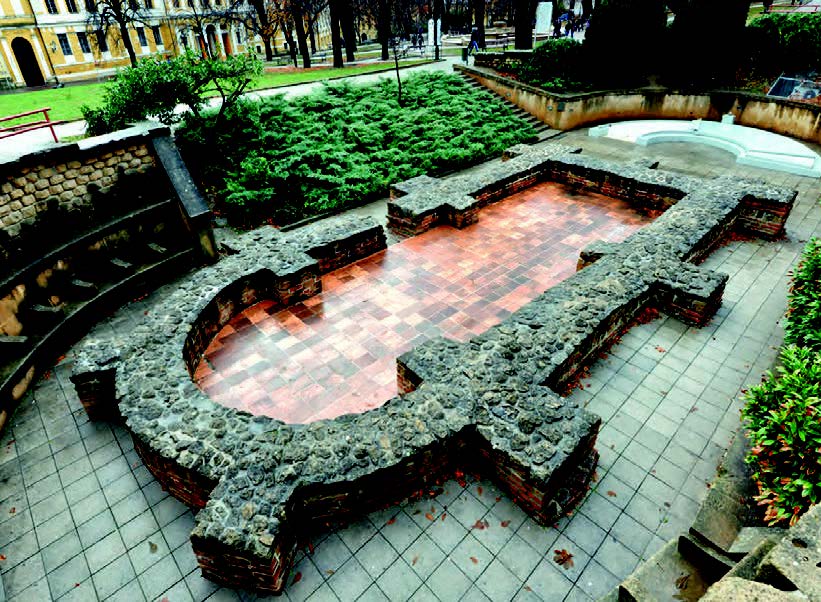 Becoming a World Heritage Site took a very long period of time, as the nomination process began in 1996. At this time Pecs’ entire historic downtown was put on the list, as there are many buildings characteristic of historical periods that can be found there. However, the bid was modified to be narrowed down to include only the tombs; this way the nomination was sure to be successful. In addition to its uniqueness, UNESCO also chose to add it to the World Heritage List because the complex represents a very narrow cross-section of history. The early Christian tombs in Pécs had been built by a bygone civilization, but have served a surviving and thriving culture: Christianity. 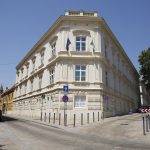