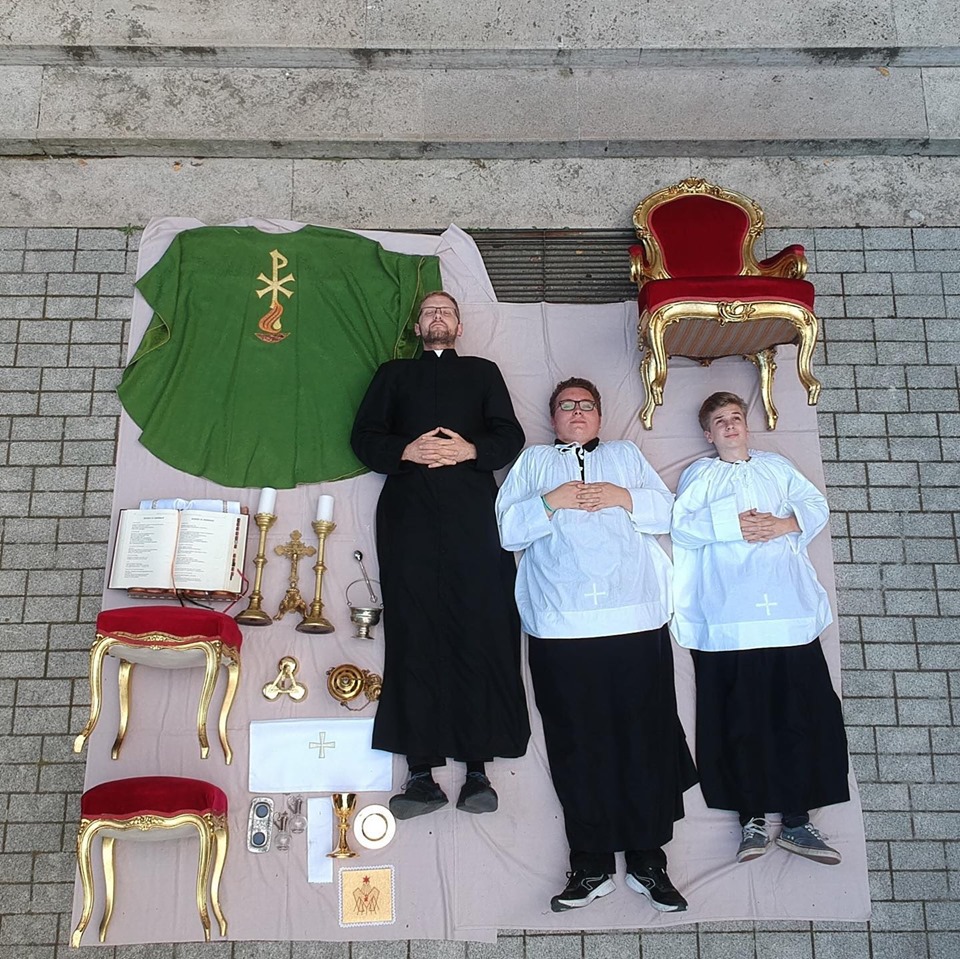 Since the start of the newest social media craze, the Tetris challenge, where professionals – mainly emergency service workers – are posting photos on Facebook and Instagram, where instead of their suitcases, they are laying down their tools and their bodies on the ground. In the last couple of weeks, Hungary also took part in the game: we have seen a Hungarian police car, a Gripen airplane in Kecskemét, paramedics from Szeged, and even a church parish and its priest posted their creative photos on social media sites.

The latest, and according to some, one of the most hilarious picture is from a church. Father Hodász, a young priest who is known for his hobbies like motorbiking and going to the gym, but also as an outspoken public figure, stepped it up a level: his church, the St. Michael’s Parish in Angyalföld, gathered everything from inside, including a cross, the missionary book, the chalice, and even the holy water dispenser, a funeral dress, and other liturgical tools, as well as two ministers, and last but not least, himself, and laid down in front of the church door.

Other examples from Hungary include an ambulance and paramedics from the Szeged unit of the National Ambulance Service:

And a Gripen (military aircraft) with its pilots and every tools, who accepted the challenge from the Pápa and Pécs Fire Services.

The very first Tetris Challenge from Hungary was the one from the Police force: one of the cars in the Fejér County Highway Subdivision and all its accessories.

Check out the other more than 10 thousand amazing tetris challenge pictures uploaded on Instagram here.