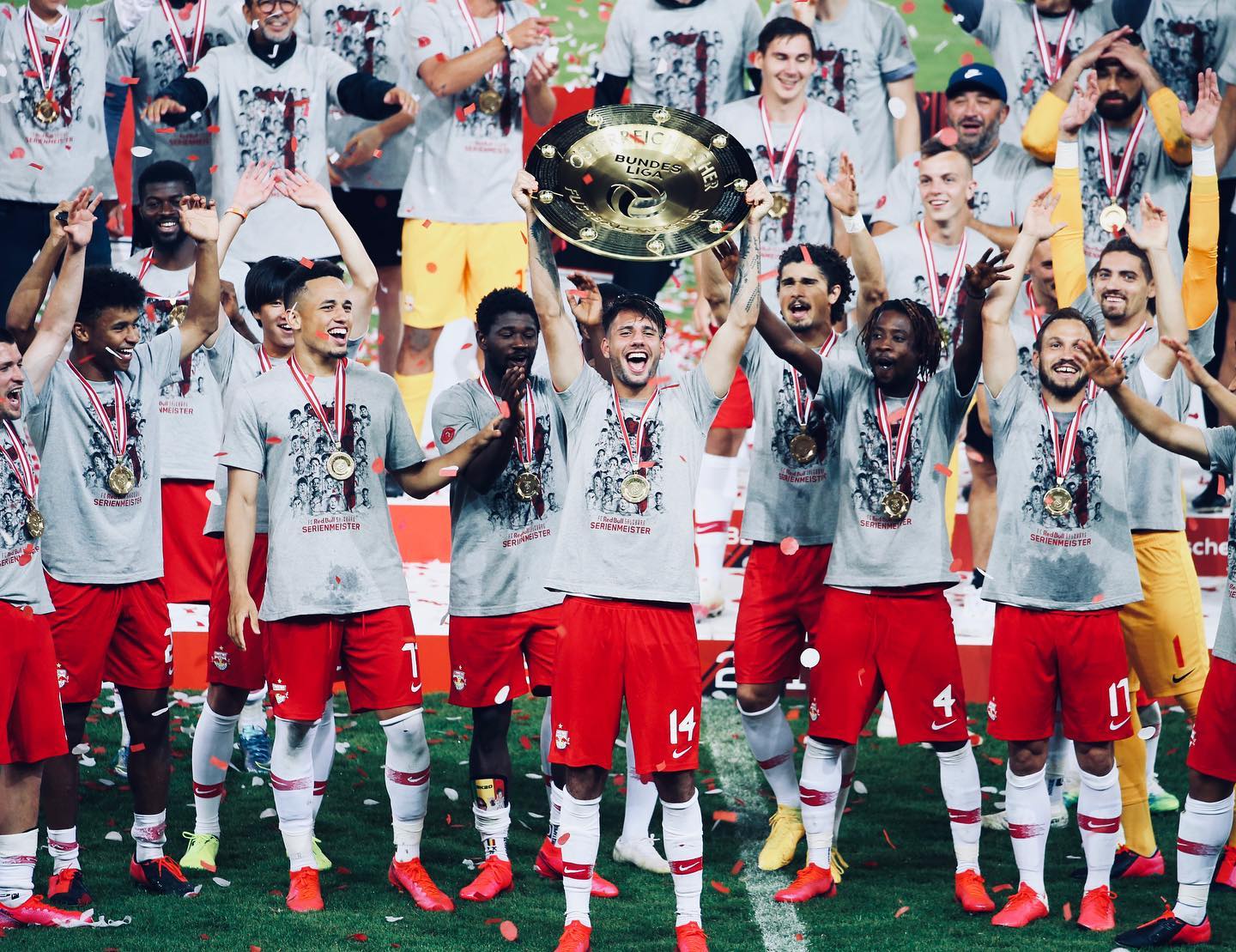 Hungarian football’s top young talent, Dominik Szoboszlai, has been elected the best player of the past season in Austria’s Bundesliga. He is expected to sign for a European top club this summer.

In this past season, the 19-year-old player won the Austrian Championship and Cup with wealthy Austrian top club Red Bull Salzburg, in addition to participating in the Champions League, where he managed to score against KRC Genk and showed his skills against rivals such as SSC Napoli. In total, he scored 17 goals and handed out 14 assists in Bundesliga’s 2019/2020 season.

Szoboszlai’s star has been steadily rising, and most experts now agree that he is the current no. 1. football talent from Hungary, who has the potential to become a key player in world-class sides as well. Szoboszlai has made eight appearances thus far for the Hungarian national team, and scored a free-kick in the important EC qualifier against Slovakia (a game that Hungary eventually lost).

The Player of the Season title is perhaps is the highest-ranked individual recognition of his career so far. According to the football statistics portal transfermakt.de, he is the most valuable player at the moment, not only of RB Salzburg but of the Austrian championships as well.

As a result, Szoboszlai is unlikely to stay in Salzburg for long. According to the aforementioned Transfermakt, his current value now amounts to EUR 13.5 million, making him the second most valued Hungarian footballer after Leipzig-defender Willi Orban, while his agent speculated that he could worth as much as EUR 20 million for his next club. In the press, his price is estimated at around EUR 25 million.

In the top-level football market, it is difficult to distinguish rumours from serious news, but at the moment, it is taken for granted that Italian giants AC Milan and SSC Napoli are interested in acquiring Szoboszlai. Moreover, his agent also revealed that Szoboszlai would prefer to play for an Italian Serie A team. Fresh English champion Liverpool FC has also drawn some media attention for considering Szoboszlai, so have English sides Leicester City, Arsenal, Manchester United and Italian Juventus.