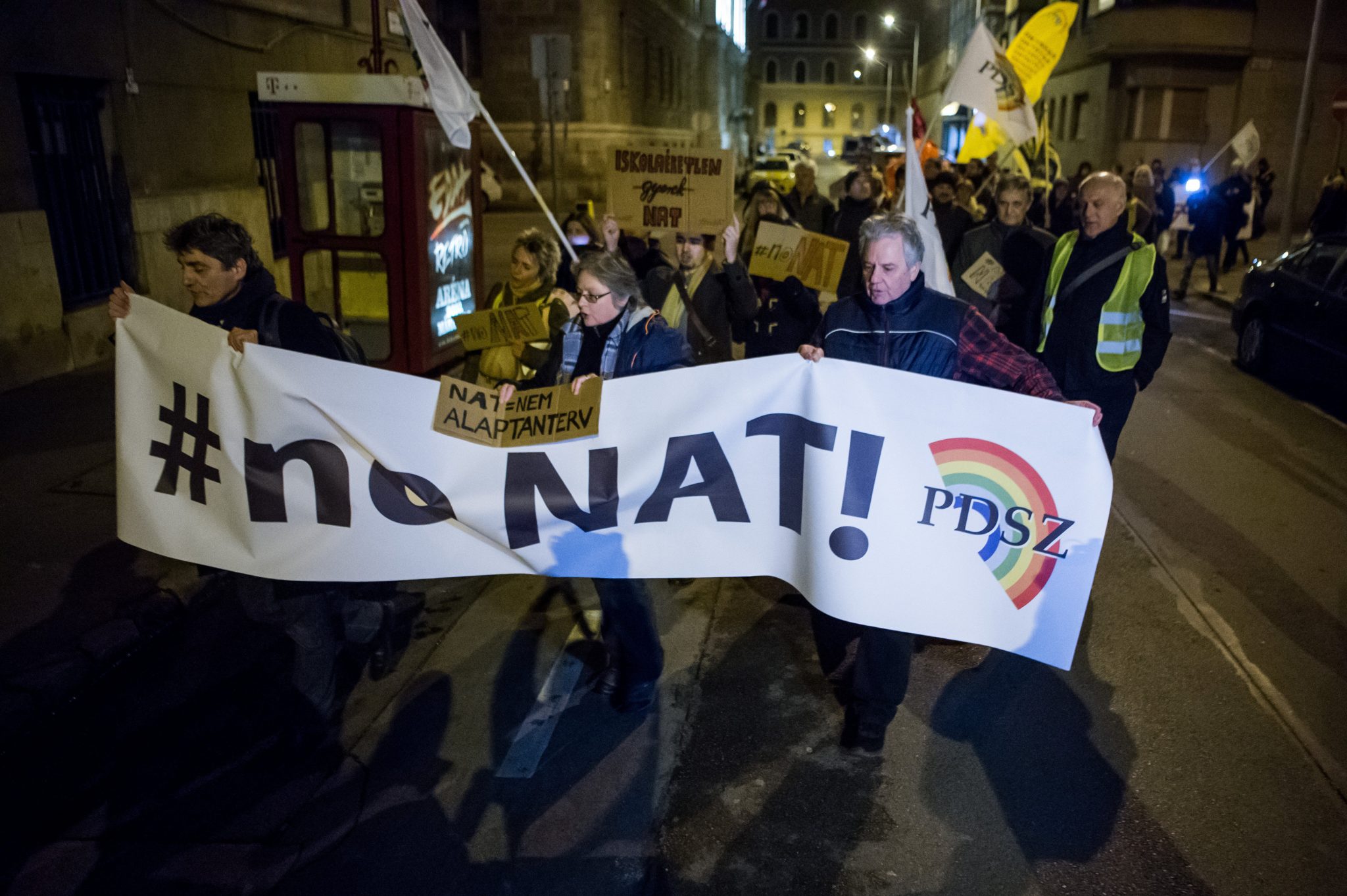 The teachers’ trade union PDSZ held a protest against Hungary’s new national curriculum (NAT) and the transformation of vocational training in Budapest on Friday.

The delegates to the ongoing PDSZ congress marched to the human resources ministry.

PDSZ leader Tamás Szűcs told a press conference on the spot that the trade union would make an announcement on March 2.

“We will reveal a legal method, a technique for holding a strike without violating the law in force,” he said, noting that his message was addressed not only to teachers but “to all humiliated members of the public sector”. 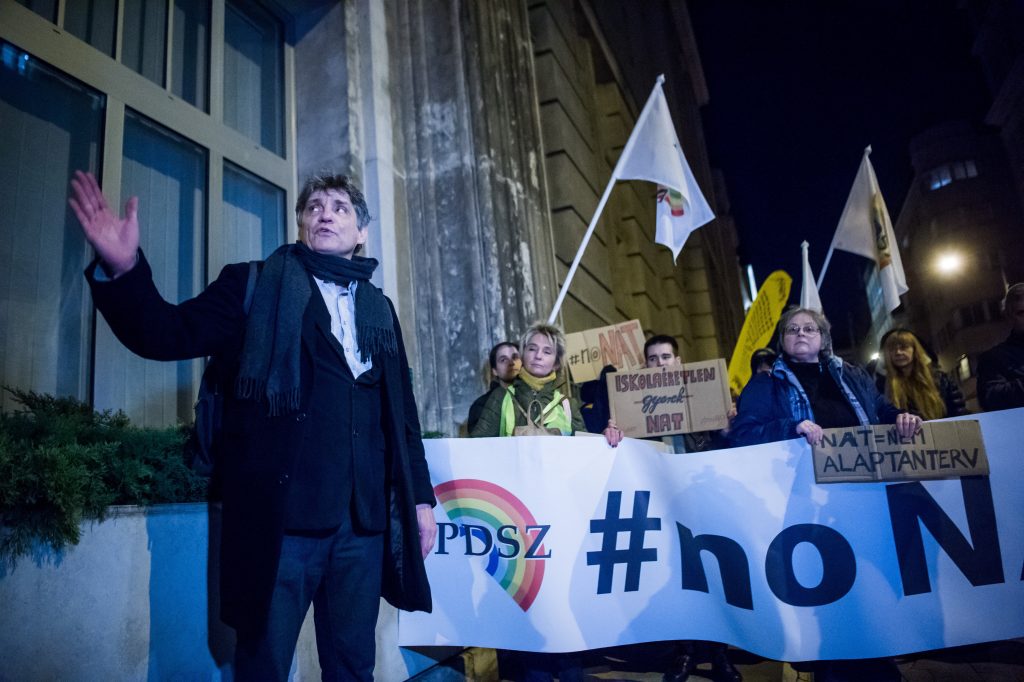 “We have been forced to resort to methods that involve some sort of work stoppage” in order to call attention to the fact that it is nearly impossible to hold a strike in Hungary’s public sector, he said. Last year, the trade union announced two strikes but the government prevented both, he added.

Neither the new national curriculum, nor the reorganised vocational training system is child-friendly and the changes are unfavourable to employees, too, Szűcs said, adding that protest is an “essential obligation”.