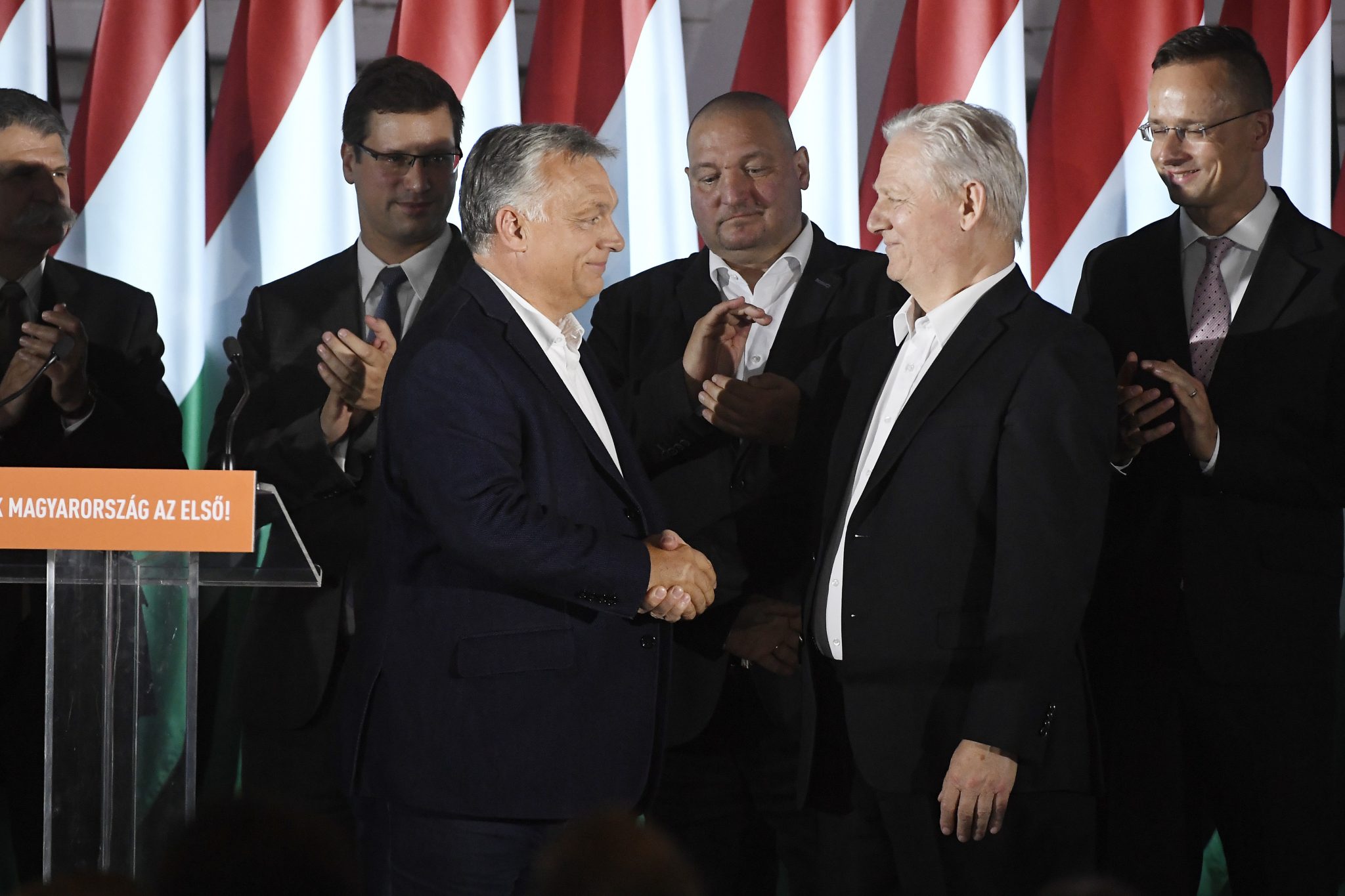 István Tarlós will be a chief adviser to Prime Minister Viktor Orbán. But he does not want to deal with current political issues or matters of Budapest at all, he told left-leaning news channel ATV. Tarlós István has handed over his office to the new mayor, Gergely Karácsony at City Hall today.

István Tarlós did not deny ATV’s information that he had already met Viktor Orbán on Wednesday to discuss the details of his new position. The news about Tarlós’ new job doesn’t come as a surprise as, in his speech following the municipal elections, Viktor Orbán himself announced that although Budapest had lost a mayor, he had gained an excellent adviser.

The only surprising thing is that Tarlós clearly stated he would not be dealing with matters directly concerning Budapest.

He also noted that he loved the capital very much but he felt that it would not be elegant for him to start arguing about the new mayor’s decisions.

Tarlós was also asked by LMP-tied news site azonnali.hu about the newly elected mayor Gergely Karácsony’s proposal to grant the title of honorary citizen to him and former Budapest mayor Gábor Demszky next year (when the city will celebrate the 30th anniversary of free local government).

Tarlós revealed that he and Karácsony always had a good relationship. According to the outgoing Budapest mayor, the handover took only ten to fifteen minutes, followed by a one-hour long friendly conversation.

Talking about the referral, Tarlós said he was pleased with it and he did not oppose Demszky’s referral either, because even though they had disagreed about most things, the SZDSZ politician still had led the capital for twenty years.

Tarlós told the new mayor that his phone number is the same: if Karácsony wants to call and ask him anything, he would answer him to the best of his knowledge.

PM Orbán: Any Further Covid Lockdowns would be Unfair to Vaccinated People