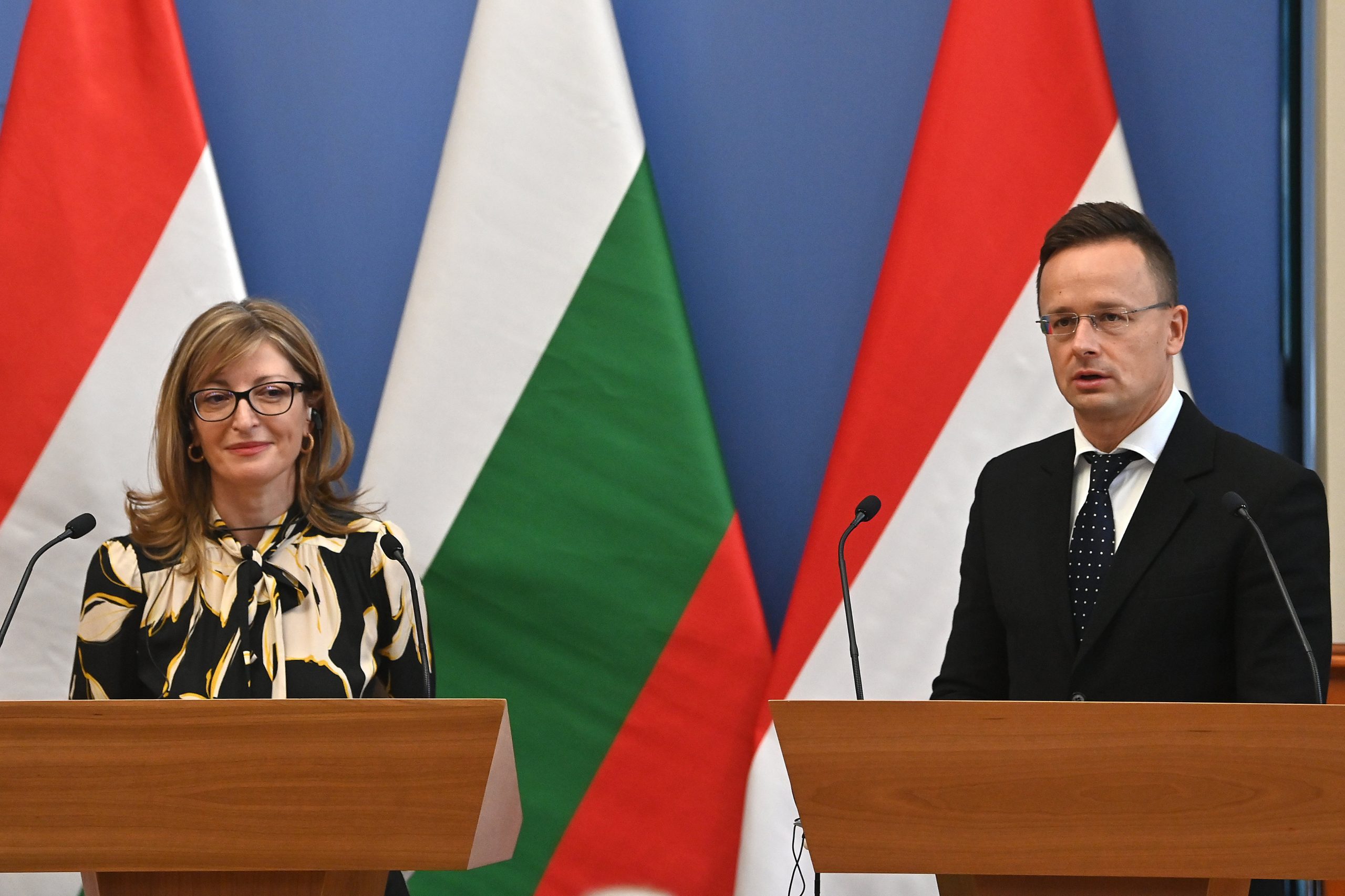 Hungarian Foreign Minister Péter Szijjártó praised the Bulgarian ethnic minority as “important and valued members of Hungarian society”, after a meeting with his Bulgarian counterpart Ekaterina Zakharieva on Monday.

Marking the day of Hungarian-Bulgarian friendship, Szijjártó told a joint press conference that Zakharieva was “an ally and a friend”.

Hungary’s Bulgarian minority has parliamentary representation, and their government funding has grown four-fold over the past decade, he said.

Hungary and Bulgaria are linked in many ways, Szijjártó said, noting that Hungarian OTP Bank was the “strongest player on the Bulgarian banking market” and Hungarian discount airline company Wizz Air was planning new bases there.

Regarding cooperation in energy issues, Szijjártó said the TurkStream pipeline, delivering natural gas from Russia via Turkey and Bulgaria, is expected to start operation in 2021. In order to diversify the country’s energy resources, Hungary will cooperate with Bulgaria to buy liquefied natural gas from Greece, he said.

Szijjártó said that both countries were committed to the enlargement of the European Union in the Western Balkans, and saw protection of the bloc’s external borders as key to a successful migration policy.

Szijjártó said that Hungary and Bulgaria also had similar views on the debate on the rule of law, adding that Hungary saw the procedure as a “hypocritical blackmailing mechanism”. Szijjártó insisted that rule of law procedures had nothing to do with facts but were “the revenge of mainstream liberal politics” against member states prioritising national interests.

Hungary is “entitled” to EU funding, Szijjártó said. “That funding is no humanitarian aid but the proceeds of joint European economic performance,” he said.

Zakharieva thanked Hungary for the “aid and kindness” the government has extended to Bulgarians to preserve their language and culture, and noted that Bulgarians have been resident in Hungary since the 19th century.

Regarding energy diversification, Zakharieva said gas would be cheaper if it were available from multiple sources.

On the topic of the migration pact, Zakharieva said “it should not be rushed into”. Bulgaria is assigning national experts to review, interpret and comment the document, she said. Nation states cannot accept regulations putting all responsibilities on their shoulders, Zakharieva said.

The ministers signed a declaration of intent on development cooperation, and a commemoration document marking the centenary of diplomatic ties between Bulgaria and Hungary.

The ethnic Bulgarian community is small but its survival is important to Hungary, the state secretary for church and minority relations said on Monday at an event marking Hungary-Bulgaria friendship day.

Miklós Soltész opened the revamped Bulgarian orthodox church named after Saints Cyril and Methodius in Budapest and inaugurated a statue of Metropolitan Boris of Nevrokopwho, a martyr of communism.

Soltész said the friendship between the two countries was rooted in their similar histories. Both countries suffered from Muslim attacks for centuries in the past, as well as from Communist dictatorships in the 20th century.

State Secretary Tamás Menczer told the event that the friendship between the two countries meant that they could rely on each other, adding that they had similar positions on such major European issues as the importance of religion and culture.