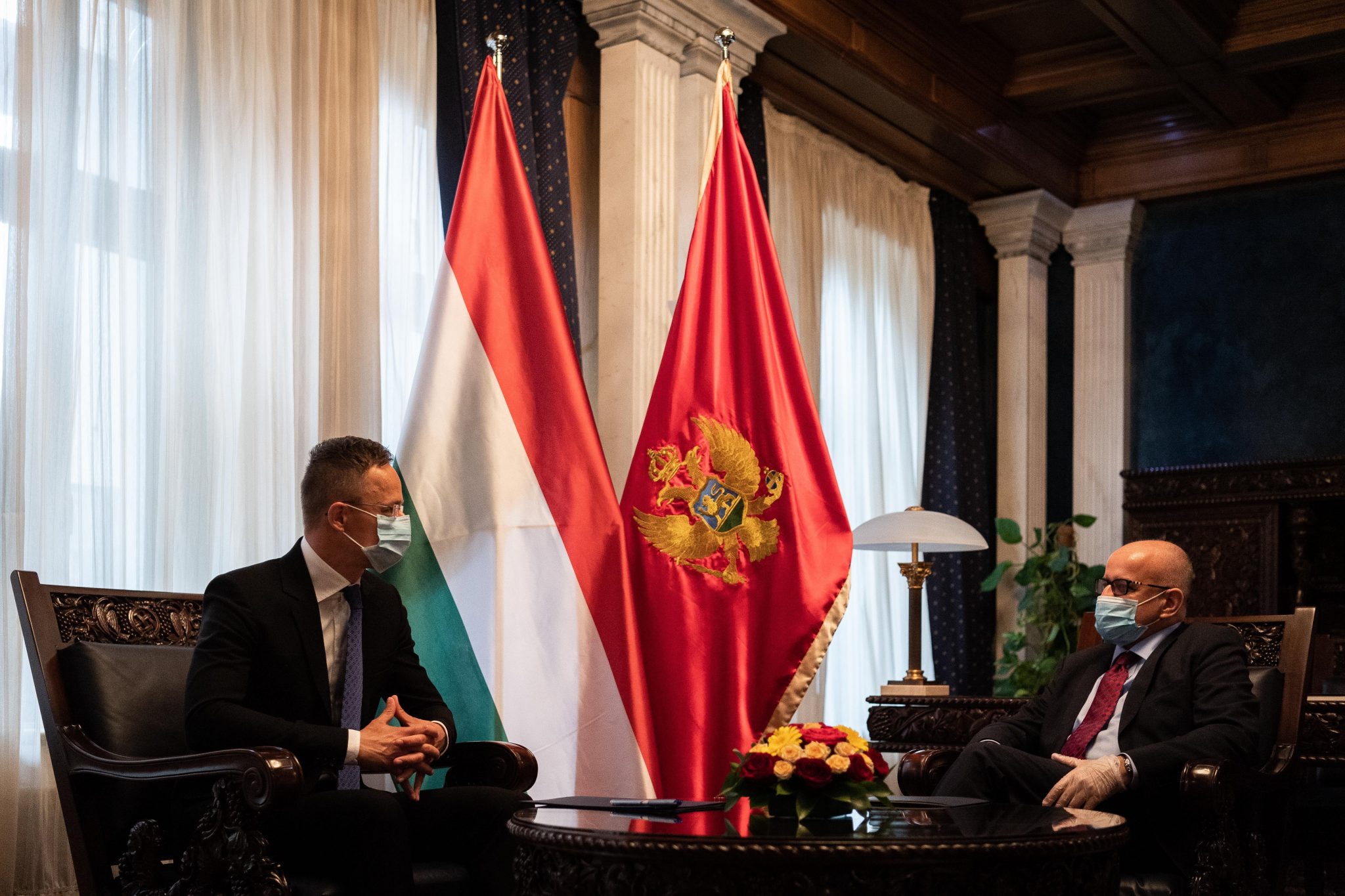 It is in Hungary’s security, political and economic interests that the Western Balkans develops rapidly, Foreign Minister Péter Szijjártó said in Podgorica on Tuesday.

The Western Balkans is exposed to the threat of migration, he noted, adding that the swiftest possible integration of its countries with the European Union was in Hungary’s interest.

With this aim in mind, the Hungarian government fully supports the current Croatian EU presidency in opening the last chapter in accession talks with Montenegro while closing six chapters that country is ready to conclude, he said.

Hungary regards EU enlargement as among the bloc’s most important policy objectives, he said, adding that Europe would have to withstand new waves of competition in the post-pandemic world.

“We are convinced that the European Union’s position and strength in the new global order will very much be linked to the success of the bloc’s enlargement,” he said, adding that the larger the EU becomes, the more important role it would have.

Achieving that goal requires integrating the Western Balkans, not losing it, Szijjártó said.

Speaking about Hungary-Montenegro economic ties, Szijjártó noted bilateral trade was worth over 100 million euros in 2019. Montenegro is an important market for Hungarian pharmaceutical exports and for OTP, Hungary’s largest commercial bank, the foreign minister said, adding that Hungary is a main importer of aluminium from Montenegro.

On the topic of migration, Szijjártó expressed appreciation of Montenegro’s efforts to protect the country against illegal migration. Montenegro has gone as far as deploying its military at its borders, he noted.

The Montenegrin foreign minister thanked Hungary for the delivery as well as its steady support for the country’s EU and NATO aspirations.