FM Szijjártó in Vatican: Christianity Today ‘under Attack from All Sides” 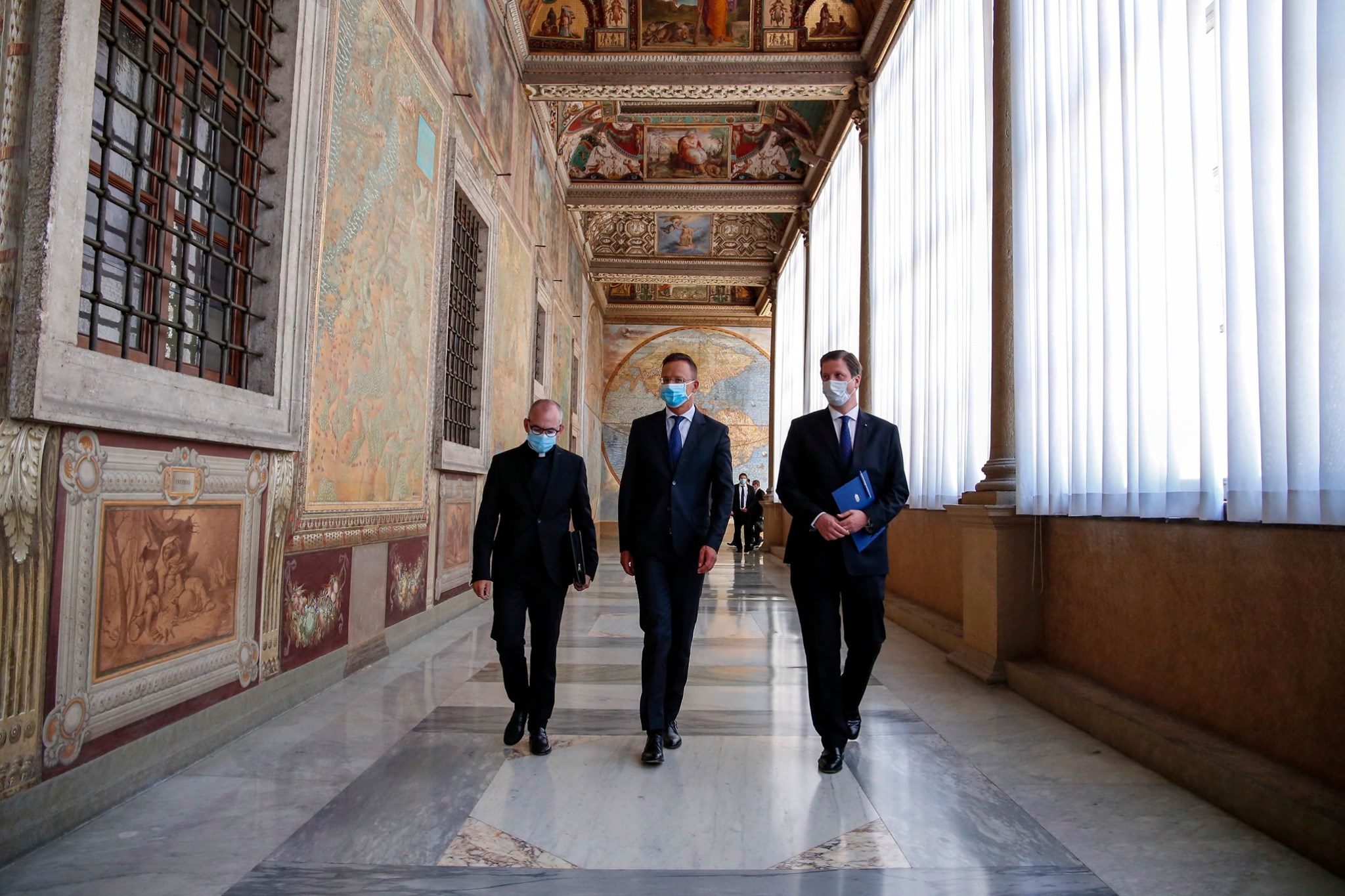 The Vatican knows it can count on Hungary when it comes to helping Christian communities in need, Foreign Minister Péter Szijjártó said after meeting Archbishop Paul Richard Gallagher, his Holy See counterpart, in Vatican City on Thursday.

Speaking to MTI, Szijjártó said his talks with Gallagher focused on combatting “rising anti-Christian sentiment in the world”.

“Hungary has a thousand years of Christian statehood behind it, so we cannot allow the attacks against Christianity which flare up every now and again to achieve victory over Christian values,” Szijjártó said. The minister said he and Gallagher were in agreement that Christianity today “is under attack from all sides”, which he said manifested in physical assaults and political, ideology-based attacks.

“We’ve also been targeted from where we wouldn’t have expected to be, meaning western Europe, where Christian values are being questioned, and many want to do away with Europe’s Christian identity, roots and traditions,” he added.

Szijjártó said Christianity was the most persecuted religion in the world, with more than 250 million Christians facing violence and persecution every day for their faith. Some 10,000 churches and Christian buildings have been attacked or vandalised in recent years, he added.

Hungary’s government remains committed to supporting Christian communities in need, the minister said. In his talks, Szijjártó said he briefed Gallagher on the emergency aid Hungary provided to Lebanon’s Manorite Church after last month’s Beirut port blast, the support Hungary provides to persecuted Christian communities in the Middle East, and the government’s grant scheme for Christian students who experienced discrimination in their home countries.

Szijjártó described cooperation between Hungary and the Catholic Church as “excellent”, noting the government’s support for the renovation of Catholic churches.

“Some 3,000 Christian churches have been built or renovated over a ten-year period in Hungary and parts of the Carpathian Basin populated by ethnic Hungarians, and the number of church-run schools has doubled,” he said.

Szijjártó said that if the situation regarding the novel coronavirus pandemic allowed, Hungary was prepared to host the International Eucharistic Congress next September after having had to cancel it this year because of the pandemic. “Hungary will be a good host of the meeting.”

Szijjártó also reacted to comments by Italian Interior Minister Luciana Lamorgese, who this week urged the mandatory redistribution of migrants across the European Union and proposed that member states refusing to take part in such a scheme should be denied coronavirus relief funding.

We’re used to seeing liberal and left-wing parties constantly blackmail central Europeans, especially patriotic governments. They’re threatening to cut European funding to us if we don’t give up our strict migration policy, but we won’t.”

The government will continue to resist and protect Hungary and Europe from illegal immigration, Szijjártó said. “We’re entitled to European funds; they aren’t handouts,” he said. “Hungary fulfils all its EU obligations and under the European Treaties; these funds are our money, too. We won’t give in to any form of blackmail.”