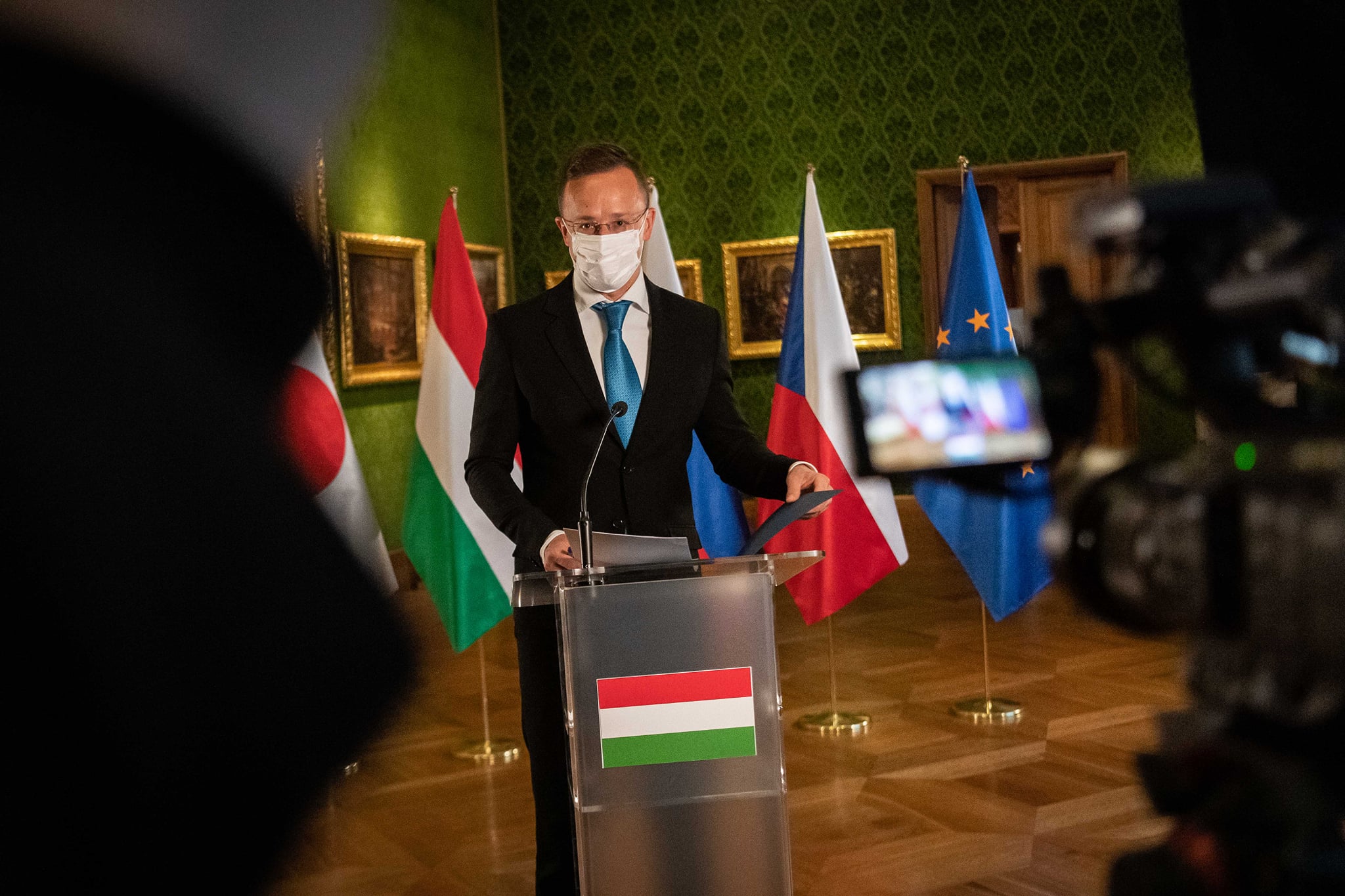 Cooperation between the Visegrad Group and Japan could contribute to an economic boom in central Europe after the coronavirus pandemic, Foreign Minister Péter Szijjártó said in Warsaw on Friday, during talks with his V4 and Japanese counterparts.

The four Visegrad countries have a “vested interest” in Japan’s broad involvement in the economic cooperation and infrastructure developments of the region, Szijjártó said in his address.

V4 participants in the meeting suggested that the Japanese side consider “an even deeper involvement” in central European infrastructure projects, especially in a planned high-speed railway service connecting Hungary, Slovakia, the Czech Republic and Poland, Szijjártó said.

Related article
FM Szijjártó in Japan: 'The World Is Rooting for a Successful Olympics'

Preparations for the Olympics are now more complex than ever, as the world is “rooting” for its success, Hungarian Foreign Minister Péter Szijjártó said on Tuesday after meeting Tamayo Murakawa, Japan’s minister in charge of the Olympics. “There are 136 days until what will hopefully be the opening ceremony,” he said in a video posted […]Continue reading

“For a long time we have held the view that central Europe has become the engine of European growth; reasonable political strategies have helped create the most attractive investment region of the continent,” Szijjártó said. He added that the Hungarian V4 presidency, starting in July, would focus on maintaining that position.

Concerning cooperation with Japan, he said that that country had “grasped the significance of the Western Balkans for security”, adding that the V4 “has had and will have” joint health and education projects with Japan in the Western Balkans. Cooperation between the V4 countries and Japan could also serve as “an excellent basis” for cooperation between the free trade area of the Far East and the EU, he said.

On the subject of bilateral ties, Szijjártó said that 180 Japanese companies were active in Hungary employing 40,000 people. Japan is Hungary’s 8th largest investor, he said.

Touching upon the Summer Olympics to be held in Japan this year, Szijjártó said that 150-160 Hungarian athletes could qualify for the games. He said that the government would “reinforce its diplomatic representation in Tokyo” and delegate Olympic attaches to the Hungarian embassy.