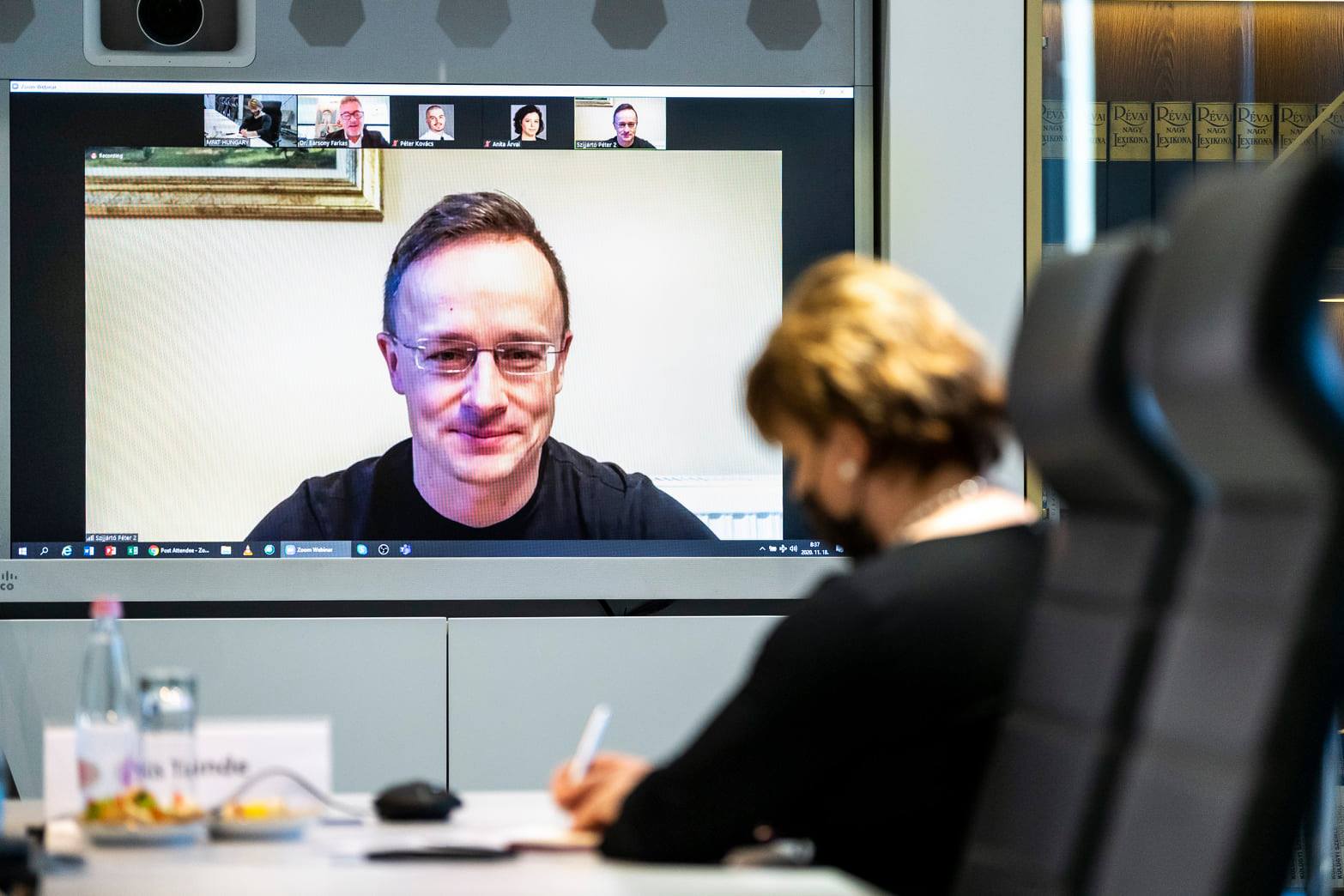 He said that in the new era of global economy, only companies that can adapt to new challenges would be successful.

The two principles behind the government’s measures introduced during the second wave of the novel coronavirus epidemic have been to protect people’s health and lives, and to maintain the functioning of the economy,

he claimed. He said recent measures included curfews, bans on gatherings, restrictions on shops and restaurants and a ban on hotels catering for tourists. At the same time, business travel is not prohibited and company employees can visit Hungary without the obligation to stay in quarantine, he added.

Szijjártó said it was commonly understood that a vaccine would provide a real solution to the current situation and Hungary was in talks in several directions in this regard.

“I would like to inform you that we will be the first country to receive samples of the Russian vaccine on Thursday,” he said. The ten doses of vaccine to be received will undergo laboratory testing in Hungary and a decision will be made on possible purchases on the basis of these tests, he added.

At the same time, the Hungarian government has signed a cooperation agreement with a Chinese vaccine manufacturer and is also participating in a European procurement project, he said.

“We are trying to acquire vaccination from as many sources as possible”,

he said. He also claimed that four main considerations were behind the economic decisions made in response to the epidemic: job protection, investment stimulation, and supporting strategic industries as well as securing business liquidity.

He added that encouraging investment was also one of the best ways to protect jobs, and the government was fighting against unemployment instead of financing it.

Szijjártó also said that the government was dedicated to keeping taxes low and simplifying the tax system.

Since the start of 2014, some 80 US companies have carried out investments worth 1.1 billion euros with the help of government incentives,

he said. Talks are currently under way on investments with nine companies, he added.

In recent years, Hungarian exports to the US have increased by 80 percent, which means that the US has become Hungary’s number-one export partner outside the EU, Szijjártó said.