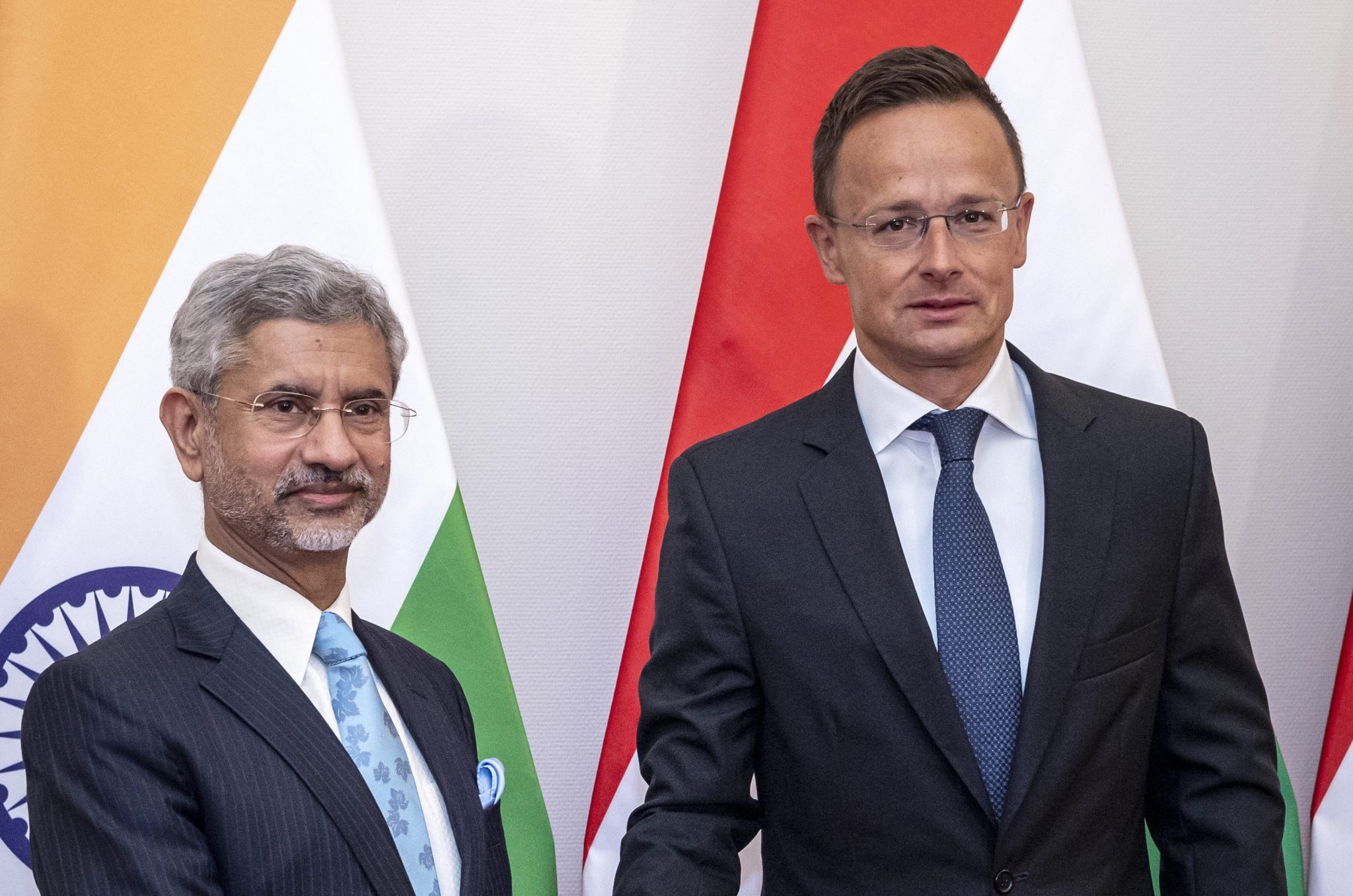 Hungary has an interest in deepening cooperation with India, Foreign Minister Péter Szijjártó said on Monday, underlining the impact Asia’s fast-growing economies have on the Hungarian economy.

At a joint press conference after talks with his Indian counterpart Subrahmanyam Jaishankar in Budapest, Szijjártó said Hungary and India were focusing their cooperation on five key areas. Taking into consideration India’s strengths in various sectors and Hungary’s competitive expertise, these areas include film production, digitalisation, water management, solar energy and the pharmaceutical industry, he said.

Concerning water management, Szijjártó said Hungarian companies were working on wastewater treatment and water purification solutions as well as building plumbing systems in the region. He added that India’s water management minister was scheduled to visit Hungary in October for further cooperation talks.

Szijjártó noted that India was the world’s seventh largest economy, with GDP growth of over 7 percent in recent years. Indian companies make up the fourth largest investor group in Hungary, with 35 Indian companies employing nearly 7,000 Hungarians, he said.

Bilateral trade with India was up 16 percent in 2018, and the growth rate is likely to continue this year, he added.

Hungary and India cooperate closely within the United Nations, the minister said, adding, however, that the UN required reform and changes to make its operations “more effective, faster, and more modern”. Szijjártó said the two countries would continue their UN cooperation “in areas where they see eye to eye”. He also added that the UN should take a leading role in the fight against international terrorism.

Jaishankar said Hungary’s competitiveness and favourable business environment made it a useful partner with which India was aiming to establish a mutually beneficial partnership.

He said the talks had also touched upon cooperation in the areas of education, tourism, and science, adding that the two countries had a lot of shared objectives which offered many opportunities to work together.

Answering a question, Szijjártó named the EU, the United States and China as Hungary’s primary export markets, saying that “concluding trade disputes is very much in Hungary’s interest”.

On another subject, Szijjártó said it was “unfair” that central European governments were being criticised for working with Chinese telecommunications giant Huawei, when “it is also preferred by leading western European cell phone companies”.

In response to another question, Szijjártó said the Brazilian government had not yet asked Hungary for help with fighting wildfires raging in that country.

Before their press conference, the two ministers signed an accord on a cultural exchange programme.