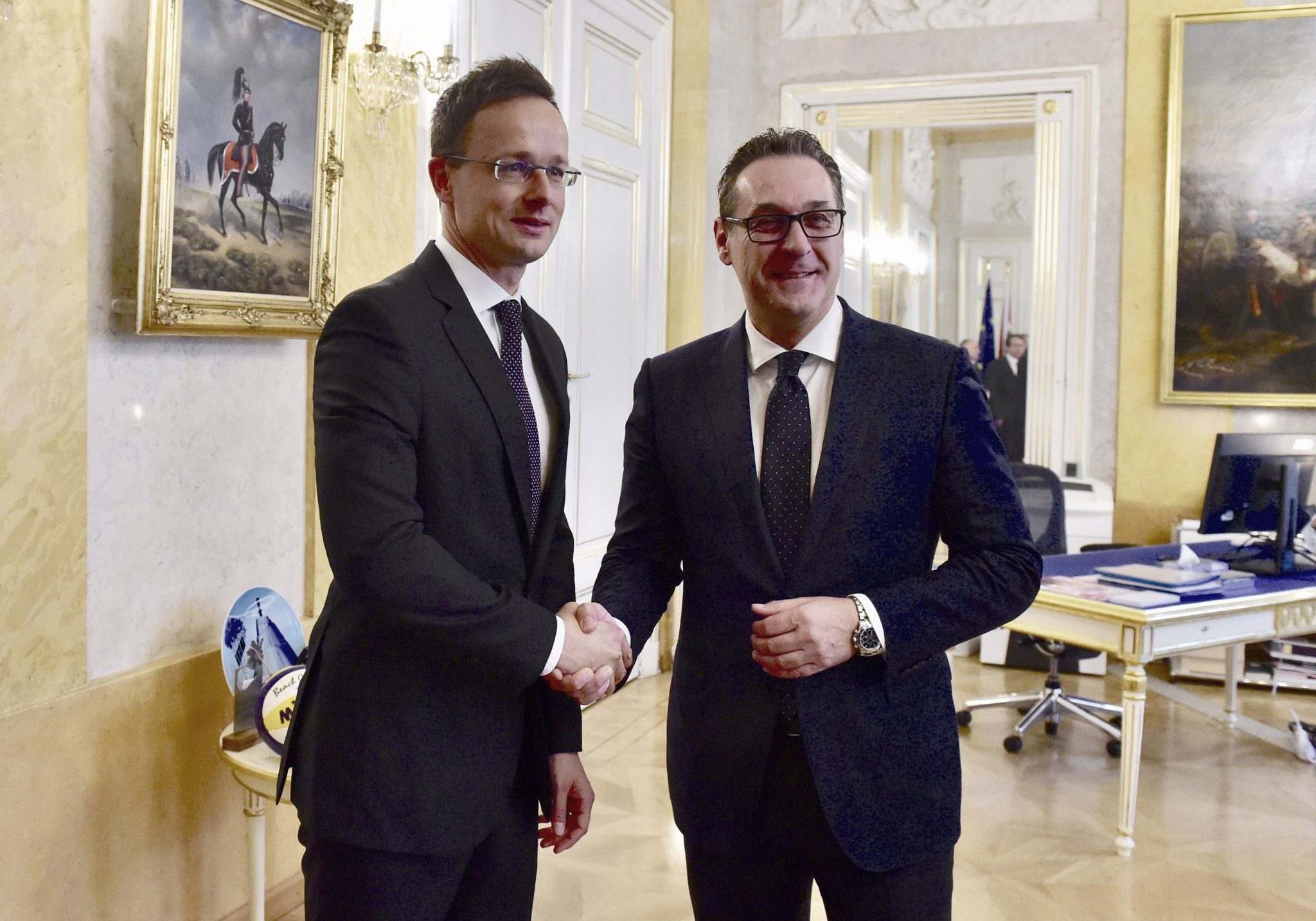 The United Nations’ migration package equals to “betraying Europe” because the plan is “in conflict with the interests of the people”, Foreign Minister Péter Szijjártó told a press conference held jointly with Heinz-Christian Strache, the vice-chancellor of Austria, in Vienna on Wednesday.

Szijjártó insisted that the package would pose a “serious danger” for Europe as it is “aimed at legalising illegal migration as a fundamental human right” and said that Hungary would vote against the proposal at next year’s UN general assembly session.

Szijjártó congratulated Austria for not supporting the package either.

The foreign minister requested Austria’s assistance in ensuring legal border crossing between the two countries “possibly through as many crossing stations as possible”.

Strache said that Hungary had set an example in 2015 through protecting the European Union’s Schengen borders. He added that he considered the “Soros-Sargentini report” as invalid and argued that abstentions should have been considered as votes cast in the procedure when the European Parliament adopted the document.

Concerning the UN package, Strache said that Austria disagreed with 17 out of its 23 points. Austria would vote against the package to prevent “bad development”, he said, adding that the line between legal and illegal migration must not be removed.

Strache also said that Austria had just extended its border controls by another six months. “As long as the EU borders are not permanently secured, we need to protect our borders ourselves,” he said.

Niessl noted that the implementation of 27 border crossing projects worth 57 million euros was currently under way.

featured image: Szijjártó with Strache in Vienna; via MTI/KKM/Mitko Sztojcsev