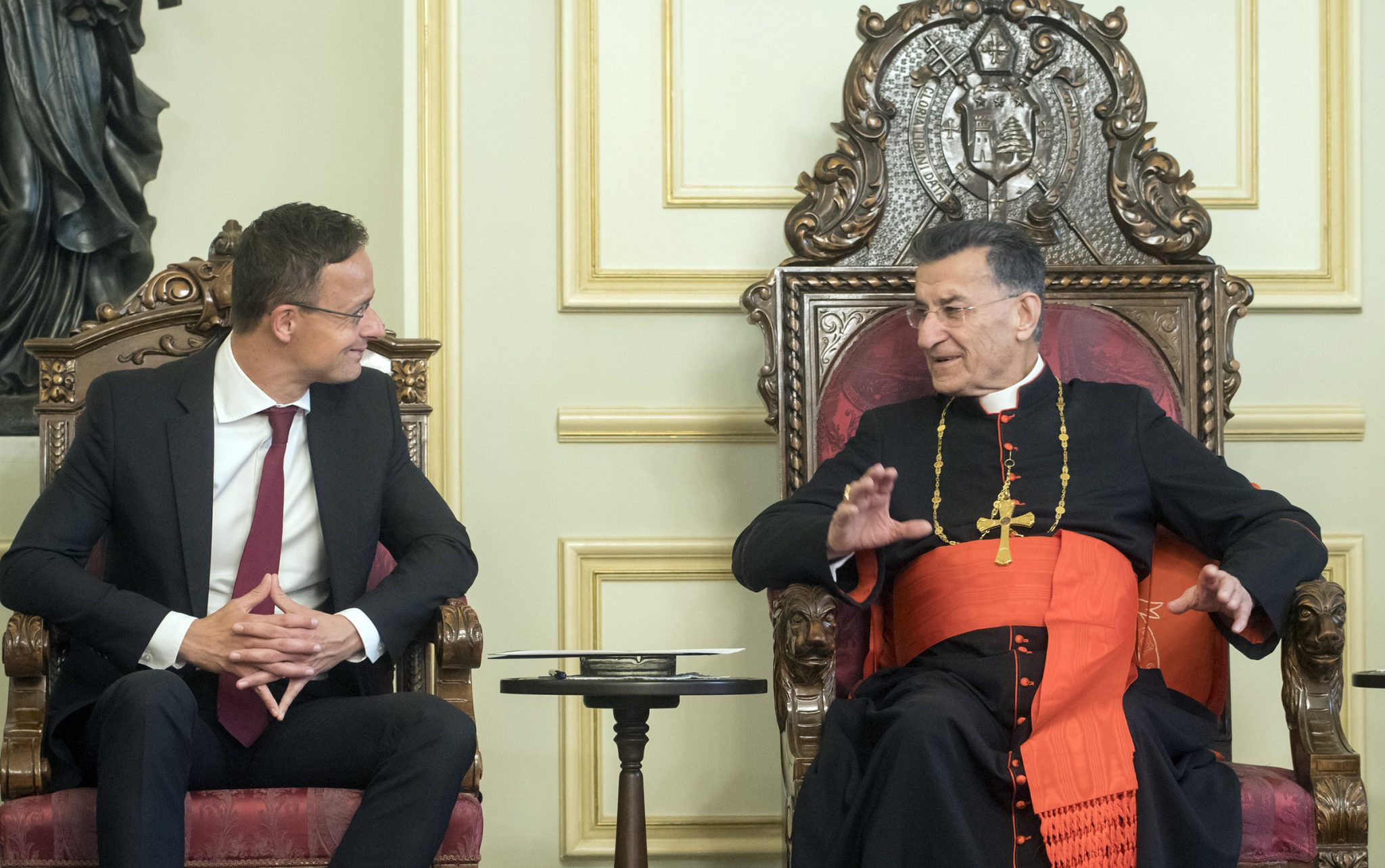 Lebanon, as the nearest safe country to areas of strife, has taken in 1.5 million Syrian war refugees, Péter Szijjártó, the foreign minister, said on Wednesday. But these refugees must return home as soon as possible so Lebanon can maintain its stability, he added.

Hungary is helping to achieve this aim because it has an interest in stability in the Middle East, the minister told MTI by phone after talks in Beirut. Hungary is sending 54 soldiers to the UN mission in Lebanon to run a peacekeeping force with Polish soldiers, he said. They will be in place by the end of next year.

He underlined Hungary’s position that the international community should stop encouraging migration and focus on how to help people who are inclined to leave their country stay where they are. Encouraging emigration only serves to upset the stability of countries located next to war zones, he said, adding that if Lebanon remained stable, refugees were less likely to make their way to Europe.

International efforts aimed at helping Iraq and Syria retake their territories that were occupied by the Islamic State militant group have been successful, Szijjártó said, noting that the global coalition fighting IS had ejected the group from 98 percent of the territory it had occupied. He said these efforts had made it possible for refugees who had fled those territories to return to their homelands.The minister said it was in Lebanon’s interest that the refugees it had taken in could also return home.

At a joint press conference with Bassil, Szijjártó said that though Hungary was proud of its Christian heritage, it was also aware of the responsibilities this came with. Among these, he said, was the duty to care for Christian communities in need.

“And we know that the Middle Eastern Christian communities are in need,” the minister said. “It would be easy to encourage them to leave their homelands, but instead we try to convince them to stay where they have lived for centuries. We do this, for instance, by providing them financial aid. We also do this in the case of the Lebanese Christian community,” he added.

Szijjártó said one of Hungary’s goals in the upcoming EP elections was to contribute to a change in the European Parliament and European Commission that will lead those institutions to favor keeping refugees in their homelands over immigration.

Given the respect Hungary has for the care Lebanon provides for refugees, it regularly asks the European Union to increase its financial support for the country, Szijjártó said.

The minister said Hungary has allocated 1.5 million dollars towards the reconstruction and renovation of 33 Lebanese Christian churches. As part of the first phase of this program, Hungary has helped renovate 14 churches, Szijjártó said, adding that preparations for the second phase covering the remaining 19 would soon get under way.

Szijjártó also said Hungary and Lebanon were preparing to sign a defense cooperation agreement that will see the two countries provide each other with technical assistance. Talks are also ongoing on re-establishing direct air links between the two countries, he said.

Bassil thanked Hungary for its support for Lebanon’s church renovations and said he trusted that more and more countries would follow Hungary’s lead in aiding his country’s Christian community.

He pointed out the dangers faced by Christians in the Middle East and Asia, noting last month’s bomb attacks at hotels and churches in Sri Lanka. Bassil underlined the importance of supporting Lebanon so that it could help the Christian communities in its territory.