Szijjártó in Belgrade: Serbia, Hungary Should Cooperate on Rebooting Economies 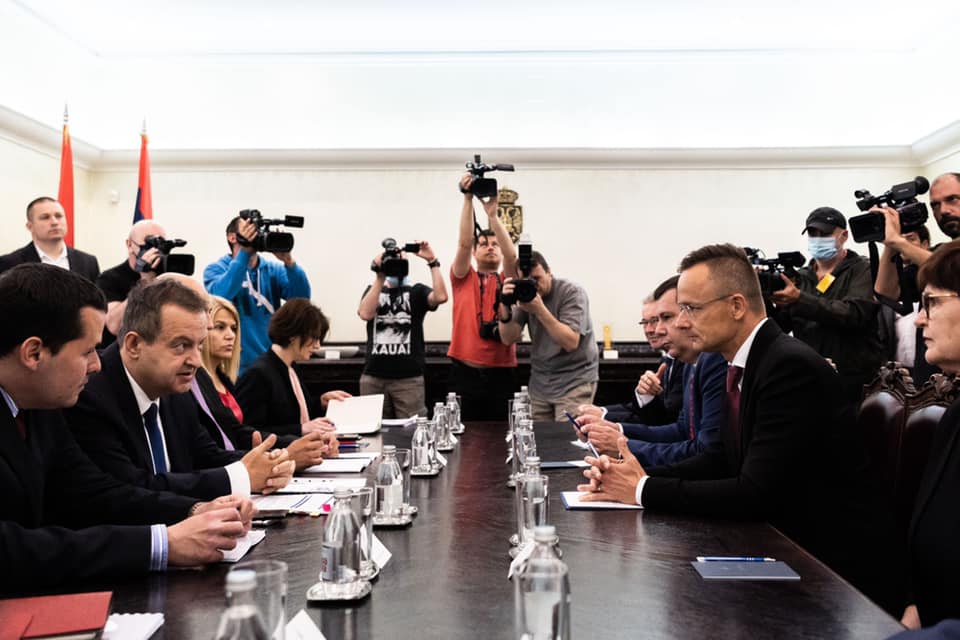 Péter Szijjártó, the minister of foreign affairs and trade, in Belgrade on Wednesday, said the time had come take action to reboot their respective economies, and both Serbia and Hungary could successfully do so by working closely together.

At a joint press conference with his Serbian counterpart, Szijjártó said the epidemic had highlighted how much East-West infrastructure passed through Serbia and Hungary. “We should benefit from that, so the coming months and years will be about major joint infrastructure developments.”

Szijjártó said the pandemic had proven “more clearly than ever that we Hungarians and Serbs are closely interdependent … this relationship has strengthened during the pandemic”.

The border between the two countries was reopened in record speed, he said, adding that Serbia was the first country Hungary was able to open its border with in full and the first non-EU country to open a border with an EU member state.

Szijjártó noted that both countries are working together to upgrade the Belgrade-Budapest rail line, to renovate the Subotica-Szeged rail line and to build a new gas pipeline to transport gas from the Turkish Stream pipeline from the south to central Europe, with capacity to be expanded to almost 10 billion cubic meters in the coming years.

Meanwhile, the minister said Hungary benefited from a strong Serbia, partly in light of ethnic Hungarians living in Vojvodina and also “because our economies are closely interlinked”.

He noted that the Hungarian government has provided 9.1 billion forints in support for nine investments in Serbia by Hungarian firms in the areas of agriculture, food processing and construction. Another 25 billion forints will be available for Hungarian companies to bid for from Friday, he added.

On the topic of Serbia’s elections on Sunday, he said Hungary would not interfere in the ballot, but the current Serbian governing coalition was in the country’s interest “because the party representing Hungarians in Vojvodina are part of the governing coalition … and we hope [they] will have the chance to participate in important decision-making regarding Serbia’s future, and also because relations between Hungary and Serbia have turned into a historic friendship”.

Ivica Dačić thanked Hungary for its support in the course of its European integration endeavours and during the coronavirus epidemic. He said Szijjártó had persistently been the strongest advocate of Serbian European integration. Relations between Serbia and Hungary, he said, were “outstanding”, and the Serbian government also maintained very good relations with “the most important party of Vojvodina Hungarians”, the Alliance of Vojvodina Hungarians.