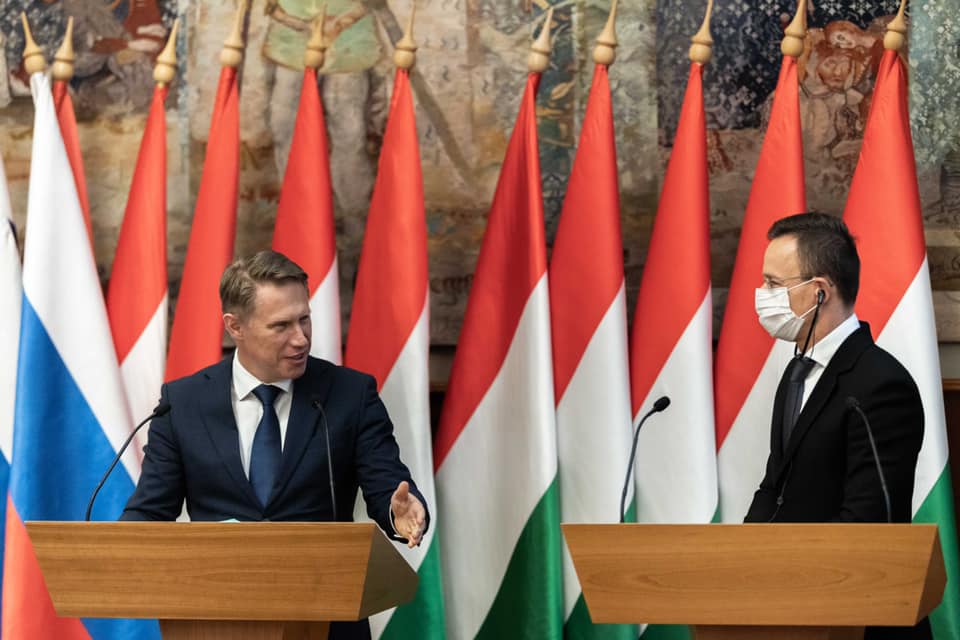 Szijjártó told a joint press conference after the talks that the Hungarian government was working to give Hungarians access to a vaccine as soon as possible.

He thanked Murashko for choosing Hungary as the first country to send samples to, adding that Hungarian experts may travel to Russia as soon as next week.

Szijjártó said that vaccines were being developed “both in the East and in the West” and it was yet to be seen which one would be available in sufficient quantities. He added that “it would be irresponsible to give up any of those possibilities”. He also added that the government would not “give in to any business lobby even if they hire politicians in Hungary, in Brussels, or elsewhere.”

“We’ll keep an eye on all opportunities because that is in the interest of Hungarian people”, the minister said.

On another subject, Szijjártó said that the government was working to diversify Hungary’s energy supplies, but added that Russia would continue to play an important role. Hungary’s long-term gas supply contract with Russia will expire in 2021, he noted, adding that talks would soon start concerning the next period.

Szijjártó said that seven Hungarian companies were currently implementing investment projects in the areas of agriculture, health, and the chemical industry, while Hungarian and Russian companies are jointly making railway carriages for Egypt as part of “the largest order for Hungarian vehicle manufacture so far”.

The Russian minister said health cooperation between Hungary and Russia was “extremely good”, noting that testing vaccines was a key area of that cooperation.