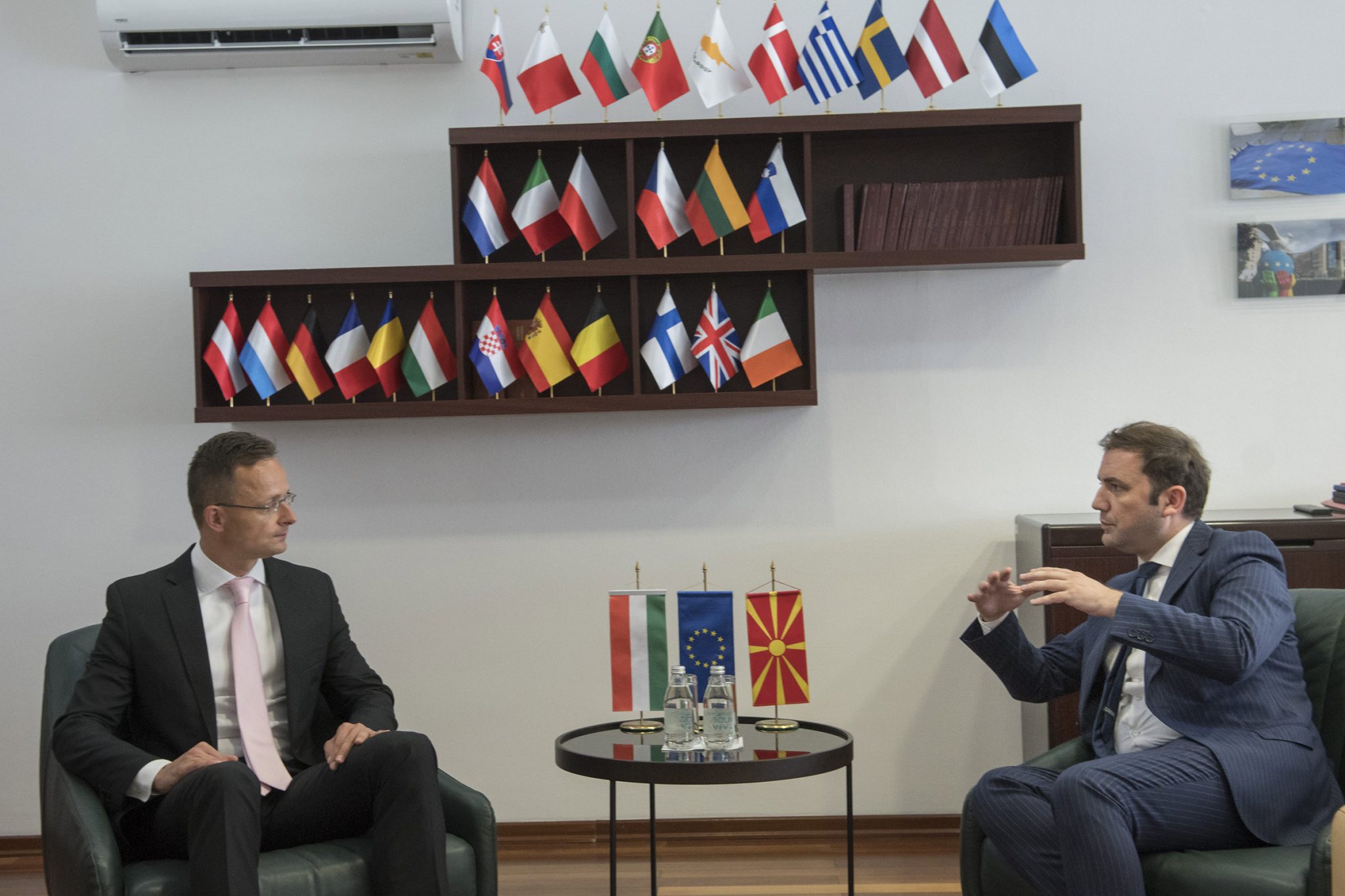 Europe as a whole has a vested interest in North Macedonia and other Western Balkans countries joining the European Union as soon as possible, Hungary’s foreign minister said in Skopje on Monday.

Enlarging the European Union is a precondition for the community to regain its competitiveness, he said. The GAC decision, however, puts doubts on the credibility of the EU’s enlargement policy, the minister said. Further, it poses a challenge to the credibility of Western Balkans governments that are committed to European integration, he said.

“Living in the neighbourhood, we are well aware of the difference between stability and instability in the region,” he said, adding that Hungary’s government considers European integration the best way to maintain stability.  It is unacceptable that the next round of enlargement is scheduled for 2025, he said.

In response to a question, the two politicians agreed that former Macedonian prime minister Nikola Gruevszki’s stay in Hungary was a legal issue with no impact on foreign relations.