Szijjártó Meets US Secretary of Commerce 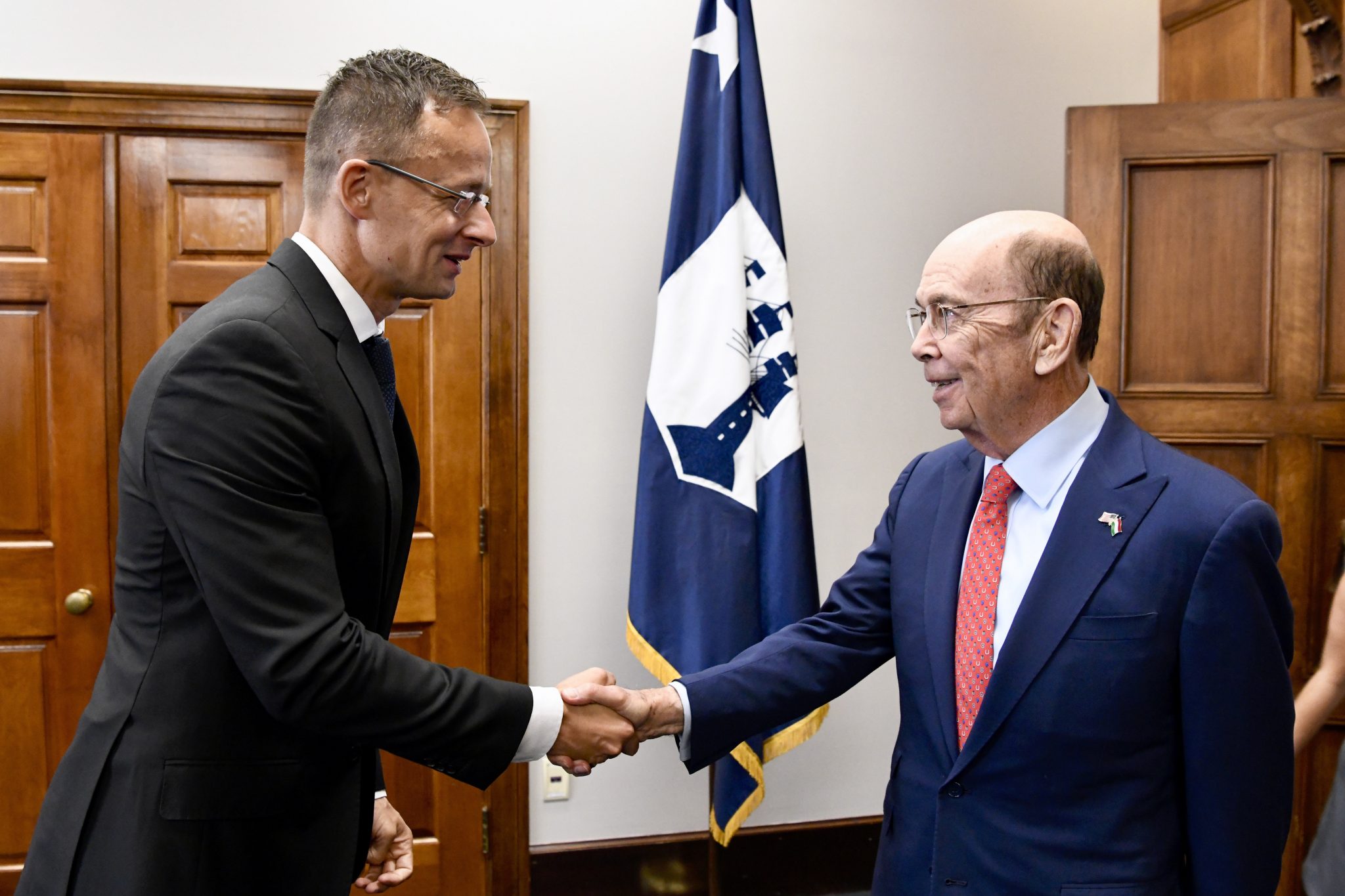 Péter Szijjártó, Hungary’s minister of foreign affairs and trade, said on Thursday that he had met United States Secretary of Commerce Wilbur Ross for talks in Washington, DC.

Hungary is interested in efforts to remove obstacles and make global commerce as free as possible, as the Hungarian economy is largely determined by the volume of its exports, Szijjártó told MTI by phone after the talks.

Continuously increasing exports is a precondition for economic growth, Szijjártó said, adding that Hungary’s record GDP growth in the first quarter of this year had been supported by a 6.4 percent export growth.

Szijjártó told Ross that the freer world trade is, the easier it is for countries in central Europe to perform well.

The US administration acknowledges Hungary’s economic performance, which is truly reflected by the US companies’ scale of investment in the country, he said. The US is the biggest foreign investor in Hungary after Germany, US-owned companies employ more than 105,000 Hungarians and 14 big US companies have signed strategic cooperation agreements with the Hungarian government, he added.

Szijjártó said trade measures affecting car manufacturing would impact the performance of the automotive sector in central Europe, including Hungary. The automotive industry accounts for about 30 percent of the output of Hungary’s manufacturing sector, he added.

In terms of US-Hungary bilateral trade, Szijjártó noted that its volume had dynamically increased to exceed 5.5 billion dollars. He said a further increase was expected this year.