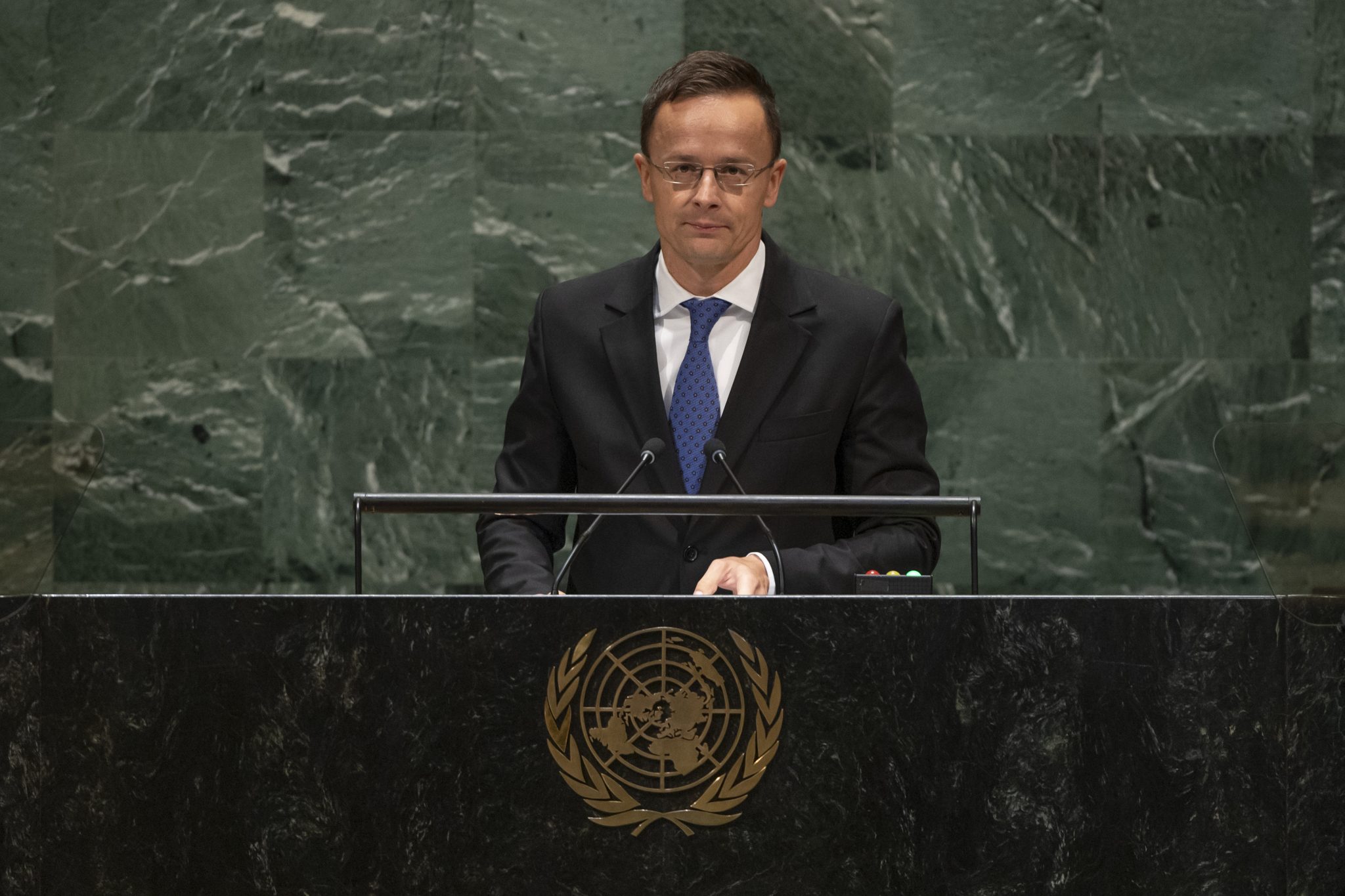 Hungary, as a true Christian country, is committed to supporting all Christian communities that are being persecuted in the world, the Orbán government’s foreign minister told a conference in New York on Friday.

The conference addressing the issue of persecuted Christian communities, their future and the rebuilding of their homes was organised by Hungary on the sidelines of the UN’s General Assembly session.

Some 80 percent of people killed in the world because of their faith is Christian, Szijjártó said in his address. But the international community barely acknowledges that Christianity is the most persecuted religion, he added.

“This hypocrisy must be eliminated,” Szijjártó said.

Hungary is proud of its Christian history of more than a thousand years, he said, adding that the country has a government that truly represents Christian Democratic values.

Szijjártó noted that under the government’s Hungary Helps humanitarian aid programme 40 million dollars had already been spent on supporting persecuted Christians. The scheme has so far helped 50,000 people to stay at, or return to, their homeland, he said. It has also supported rebuilding 1,000 homes in Iraq and the renovation of a church.

In addition, Hungary has participated in the reconstruction of hospitals in Syria and the refurbishment of churches and schools in Lebanon, the foreign minister said.

Szijjártó announced that Budapest will host a high-level conference focusing on persecuted Christian communities in November.

Addressing the New York conference, the foreign minister of Brazil, a co-organiser, said stopping the persecution of Christians was primarily important for his country.

Ernesto Araujo said he had recently visited Hungary and highly appreciated the Hungarians’ attachment to Christianity.