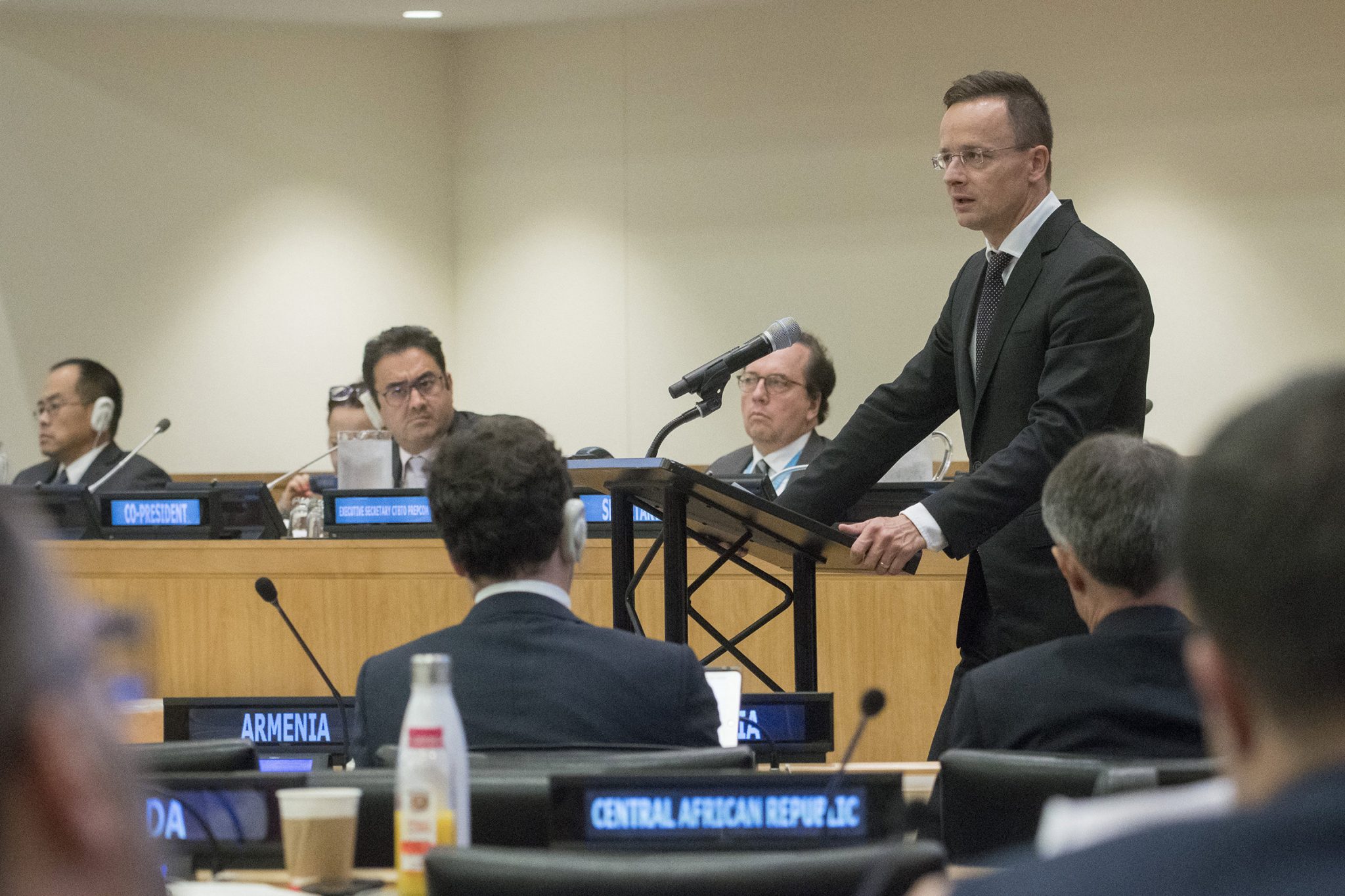 Hungary is committed to the peaceful use of nuclear energy, Foreign Minister Péter Szijjártó said at a conference on the Comprehensive Nuclear-Test-Ban Treaty (CTBT) in New York.

Hungary reserves the right to determine its own national energy mix and the right to produce the energy it uses cheaply, cleanly and safely, Szijjártó told the event that focused on the CTBT’s entering into force.

He said that Hungary has attached great importance to the use of nuclear energy in recent decades, and will continue to do so, as it is an important criterion for the competitiveness of the country’s economy.

He said that Hungary is fully opposed to testing nuclear weapons worldwide and fully supports the implementation of CTBT. Szijjártó regretted that the termination of experiments had not yet been achieved in practice and urged countries that have not yet ratified the Treaty to do so as soon as possible.

Further, he stressed the importance of clearing the Korean Peninsula of nuclear weapons.

It must also be prevented that any dictator or terrorist organisation could gain access to nuclear weapons, Szijjártó said.

From this point of view, the UN has an important role to play, he said, adding that Hungary would provide all possible help for the UN to fulfil that role.