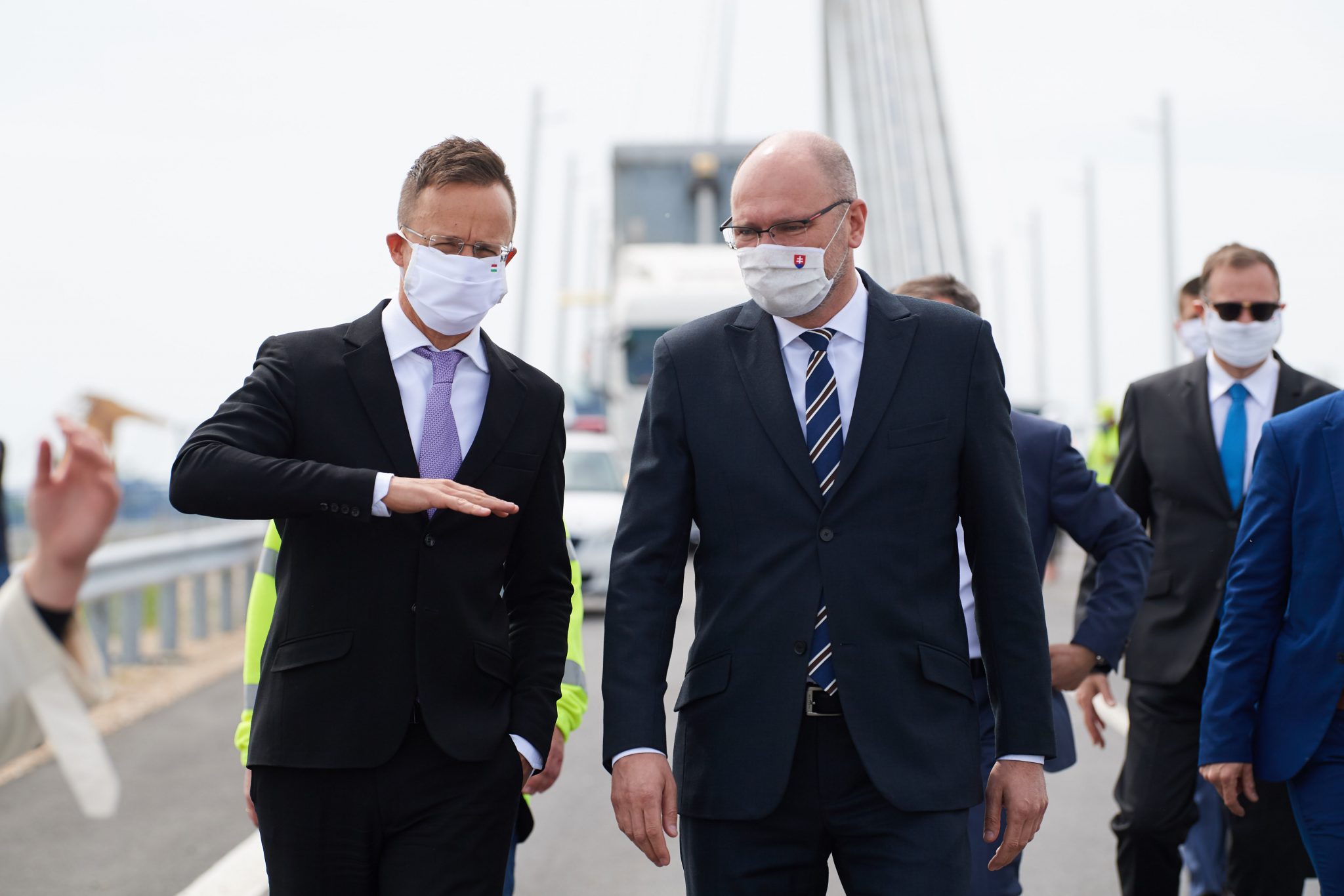 Cooperation last year between Hungary and Slovakia “turned to be a series of success stories”, Foreign Minister Péter Szijjártó said in a press conference with Richard Sulik, Slovakia’s deputy PM and economy minister, on Monday.

Szijjártó noted that Slovakia is Hungary’s third largest trading partner, second largest export market and third most important investment target, adding that “all political conditions are in place for these success stories to continue”.

As a result of bilateral cooperation, the two countries will have completed construction of a new bridge across the River Danube at Komárom-Komarno by August, and six new border crossing facilities by 2022, including three new bridges spanning the River Ipoly, he said in the press conference posted on Facebook.

By 2022, a motorway connection will have been established between Miskolc in Hungary and Kassa (Kosice) in Slovakia, Szijjártó said, adding that he had also come to an agreement with Sulik on linking the two countries’ electricity grids at two points before the end of the year.

Hungary and Slovakia have removed obstacles to efforts to triple the capacity of gas links from Hungary to Slovakia, enabling Hungary to supply over an annual 5 billion cubic metres of gas starting in 2024, Szijjártó said, noting that Hungary was in a position to buy several billion cubic metres of gas from the Turkish Stream pipeline under an agreement with Russia’s Gazprom.

Answering a question, Szijjártó said works related to the interconnector are costed at 43 billion forints (EUR 122.9m), adding that the funds are in place to finance the project.

Szijjártó also praised bilateral cooperation related to the coronavirus epidemic, noting that Hungary and Slovakia had helped each other’s citizens to return to their homelands while opening 11 crossing facilities for people living on either side of the border to commute to work in the other country.

Szijjártó noted that Sulik had not supported the European Parliament’s latest “attack on Hungary”, and thanked him “on behalf of the government and the Hungarian people”.

Sulik highlighted the importance of energy diversification, adding that his country had received gas supplies only from the east but now it could import gas from the south, too.