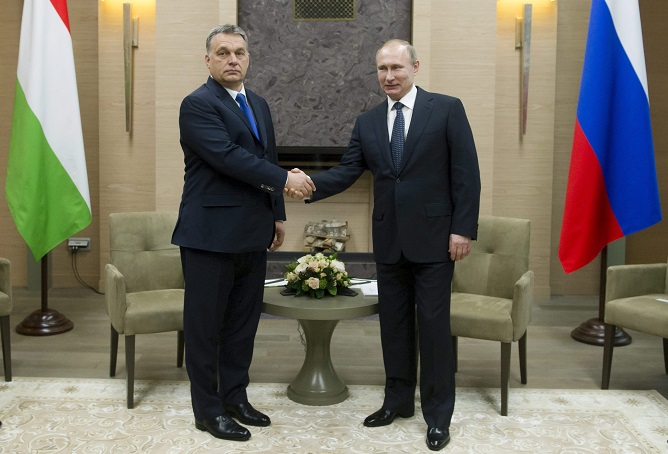 Among these, he noted a contract worth over 1 billion euros signed by a Hungarian-Russian consortium on the delivery of 1,300 railway carriages to Egypt. Szijjártó said this was one of the biggest international contracts ever won by Hungary’s vehicle production sector.

He said Hungary and Russia had made significant progress in their economic cooperation in sectors not affected by the international sanctions against Russia. He said the sanctions had cost Hungary 8 billion dollars in lost exports. The Hungarian government has aimed to offset those losses by supporting Hungarian food production, pharmaceutical and health companies in establishing a presence on the Russian market, he added.

On another subject, Szijjártó said Hungary has reached an agreement with Gazprom that will see the Russian state-owned gas giant start to transport gas necessary for guaranteeing domestic supplies for next winter starting in April.

“We’re currently in talks about increasing the supply to three billion cubic metres,” he said.

Szijjártó noted that for the first time in Hungary’s history, all of the country’s gas storage reserves were fully topped up, adding that Hungarian gas storage facilities could hold close to 6.5 billion cubic metres of gas. This amount is enough to guarantee domestic supplies until next winter, he said.

Concerning the expansion of Hungary’s sole nuclear power plant in the city of Paks, Szijjártó said the recent approval of the project’s technical plan constituted a milestone in cooperation between Hungary and Russia’s Rosatom, the general contractor for the project.

“This will allow Hungary to achieve its goal of increasing the proportion of nuclear energy in the domestic energy mix in the long run,” the minister said. “Nuclear energy is a clean, cheap and safe resource which contributes to improving the competitiveness of the Hungarian economy and to cutting harmful emissions.”

“Hungary’s interest lies in maintaining fair and honest relations with Russia,” Szijjártó said. “We can see that the leaders of the most influential countries are all meeting the Hungarian prime minister either by inviting him or visiting Budapest themselves.”

Szijjarto said these bilateral meetings were a vindication of Hungary’s achievements.

“[Prime Minister] Viktor Orbán has become a central European leader in the world who is worth listening and paying attention to and worth meeting even for the biggest world leaders. The next chapter of this story will be written on October 30 in Budapest.”

The minister stressed that the Hungarian government will continue to shape its foreign policy according to national interests.