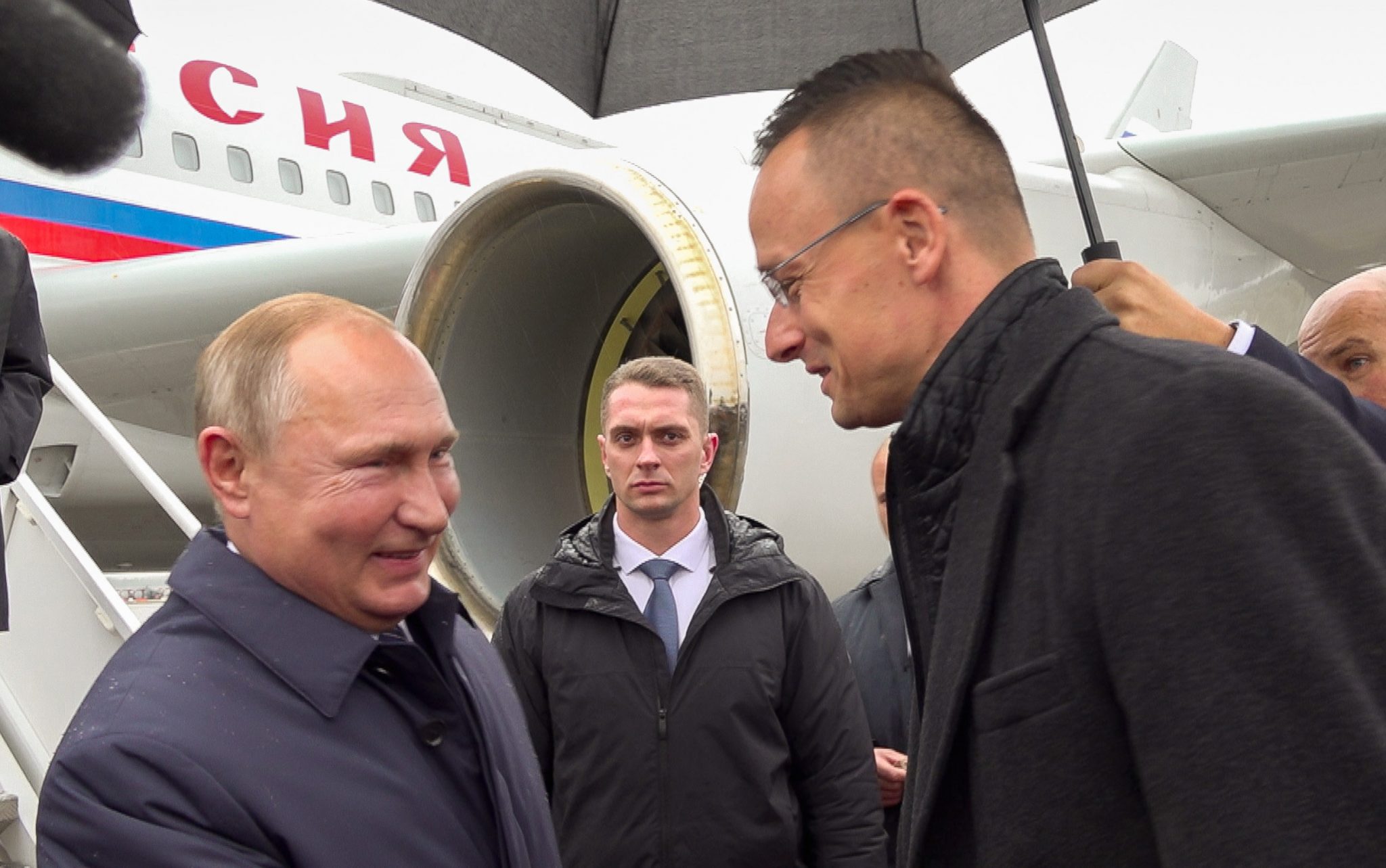 Hungary has built cooperation with Russia to protect Christian communities, Szijjártó said, referring to the issue as “a very serious, tense, international and political” one. Both countries have mobilised great resources to ensure that protection, he added.

Referring to a recent visit by Russian President Vladimir Putin to Budapest, Szijjártó said that the two countries had agreed to jointly rebuild a monastery in Syria, adding that they would jointly finance a large bakery to provide bread for a whole city.

On another subject, Szijjártó said that Hungary’s gas reserves were full, and the country was in the “comfortable position” of starting negotiations about gas supplies for the next heating season.

In the featured photo: Foreign Minister greeting President Putin at his arrival in Budapest. Photo by Ministry of Foreign Affairs and Trade