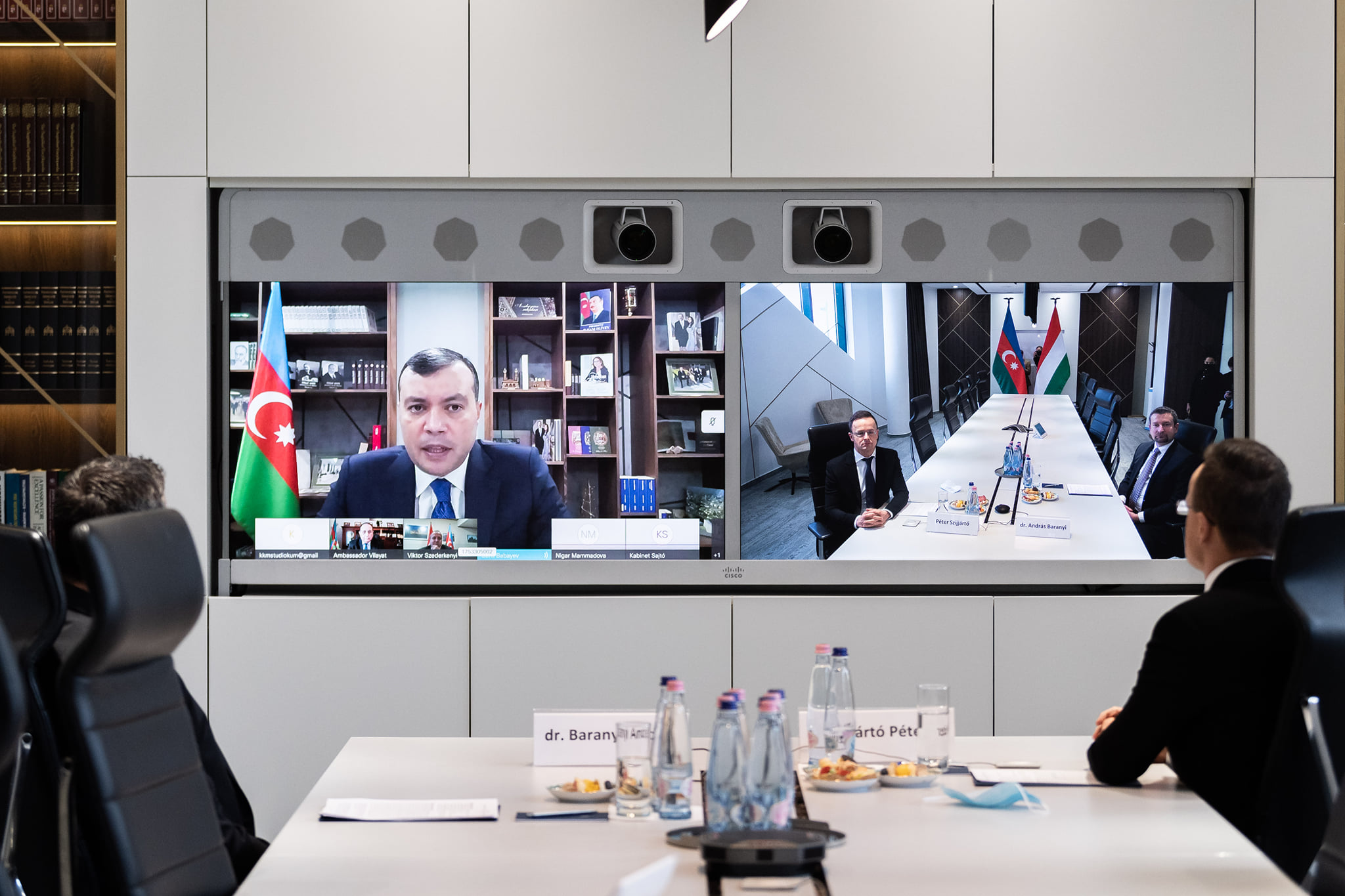 Hungary will assist in rebuilding in the territories retaken by Azerbaijan in the recent Nagorno-Karabakh conflict, Foreign Minister Péter Szijjártó announced on Thursday.

He posted on Facebook that he had held a video conference with Minister of Labor Sahil Babayev, who is the co-head of the Hungarian-Azeri economic mixed committee.

Besides the coronavirus pandemic, the Nagorno-Karabakh conflict was clearly another important event in the international press in recent weeks, he said.

“Hungary has always stood up for Azerbaijan’s territorial integrity, and we support the resolution of conflicts through talks,” he said. He added that his talks with Babayev focused on ways for Hungarian companies to participate in the rebuilding of former war-torn areas.

Despite the frequently-expressed Christian values and the defense of Christianity across the world, the Hungarian government has consistently supported Azerbaijan in what many now dub the ‘Second Nagorno-Karabakh War,’ begun by Azeri forces in September. The Orbán government argued that “as Nagorno-Karabakh lies within the borders of Azerbaijan,” Hungary stands by “the territorial integrity” of Azerbaijan. The conflict ended with Azerbaijan’s victory, resulting in the recapture of several territories and the displacement of tens of thousands of Armenians. According to recent claims, both parties were involved in violations of international humanitarian law.

Szijjártó said that it was a realistic target for Hungary to buy Azeri gas starting from the mid-2020s.

Szijjártó said that gas supplies were critically important for central Europe. “It is important for us that we are able to buy gas from as many sources as possible,” he added. A direct gas transport link has been established between Azerbaijan and Europe, and Hungary’s MVM has started preparing contractual ties with the Azeri gas company. It is realistic to expect that Hungary will buy gas from Azerbaijan from the middle of the current decade, he added.

Exim Bank has opened a 100 million dollar credit line for Hungarian companies that wish to participate, he noted, adding that the Hungarian government has offered a 25,000 euro contribution for clearing landmines in the country.

Hungarian companies have increased their presence in the Azeri market to a large degree in the recent period, with oil and gas company MOL having carried out a record investment, Wizz Air ready to relaunch flights, Hell holding 25 percent of the Azeri market, while beef exports have been relaunched, he said.