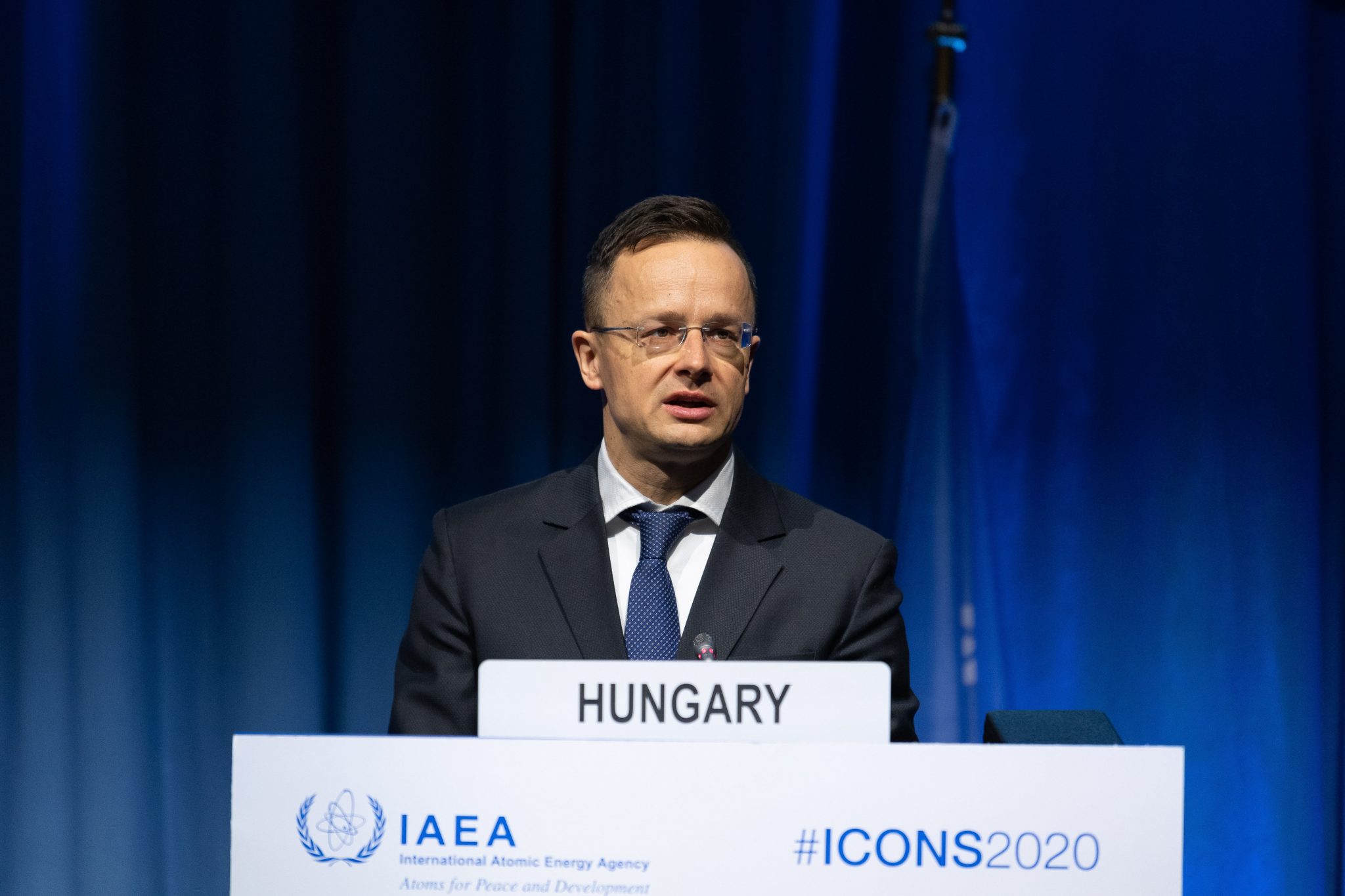 The IAEA also appreciates Hungary’s activities around the world in this regard, as well as the international investment at its sole nuclear power plant at Paks, he said, noting that US, German and French companies have won tenders in the project “which has grown to become a platform for large-scale East-West economic cooperation”.

Szijjártó noted that climate policy is at the heart of international discourse, focusing on ways to reduce emissions and to meet European and global climate policy targets. “It’s by now broadly accepted that it would be impossible to reach climate targets without the use of nuclear energy,” he said.

“Hungary is a leader in this matter because we are currently preparing the construction of a new nuclear block which will guarantee the security of the country’s energy supplies in the long term while conserving our achievements in reducing public utility fees.” “We insist on our standpoint that discrimination against nuclear energy is unacceptable and every country has the right to compile its own energy mix,” he added.

Hungary’s climate targets can be met through national and European measures thanks to nuclear energy and renewable energy, including solar energy, the minister said.

Szijjártó noted the importance of protecting nuclear assets in light of the heightened risk of terrorism.

Hungary co-chairs the Nuclear Security Contact Group (NSCG) and next year the country will host a high-level meeting of the Global Initiative to Combat Nuclear Terrorism (GICNT), Szijjártó noted. “These two facts also clearly demonstrate that Hungary’s efforts in the area of nuclear protection are globally recognized,” he added.