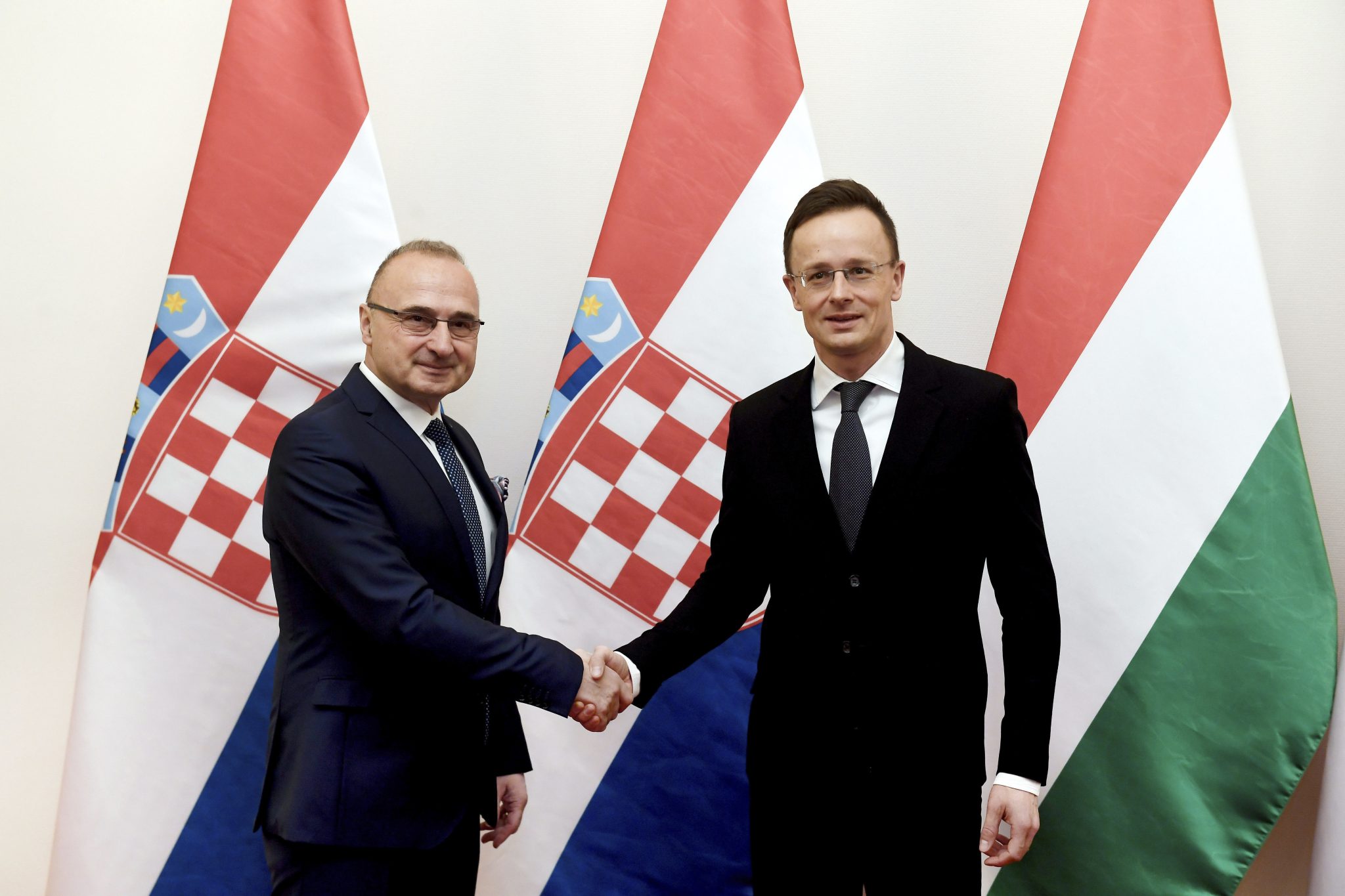 The ties between Hungary and Coatia are excellent but could improve even further, Foreign Minister Péter Szijjártó said on Friday, after talks with his Croatian counterpart, Gordan Grlic-Radman, in Budapest.

Szijjártó said bilateral ties have been mutually beneficial but “could yield even more advantages”.

Hungary and Croatia agree on the nature of the major challenges facing the European Union, Szijjártó said, and both see it as important to keep cohesion funding at current levels.

Both countries see the EU’s enlargement in the Western Balkans and stopping illegal migration as of primary importance, he said.

Regarding the issues that “could be improved between the countries,” Szijjártó said Hungary is working for a comprehensive agreement with Croatia on the diversification of gas supply resources through the liquid natural gas (LNG) terminal currently under construction in Croatia.

Szijjártó said Hungary maintains its proposal to connect the gas pipe networks of the two countries and an offer to buy a minority share in the terminal.

Croatia is the prime target of Hungarian investment, Szijjártó noted. Hungarian gas and oil company Mol has recently announced a 540 million euro investment at a refinery in Rijeka, and Hungary’s OTP bank owns the fourth most shares on the Croatian market, he said.

Hungary also proposes to declare a day of Hungarian-Croatian friendship and to open several new border crossings to bolster traffic between the countries, he added.

Grlic-Radman praised political cooperation but said “there was room for improvement” in economic ties.

The situation of Croatian minorities in Hungary and of Hungarian minority groups in Croatia should be improved, he said.

He praised Hungary’s contribution to concluding Croatia’s accession procedure with the EU in 2011.

Grlic-Radman said Hungary and Croatia both have an interest in a larger EU budget for the 2021-2027 financial cycle.

They also agree on the need for a new EU migration policy, that it is necessary to fight against illegal migration and to enlarge the EU on the Western Balkans, he said.